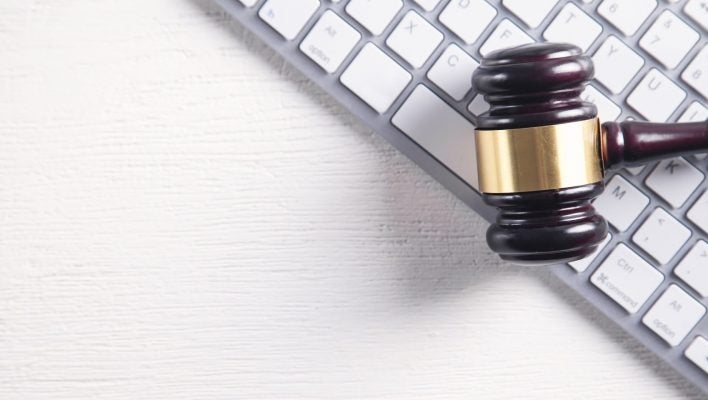 US House Democrats have just unveiled five antitrust bills aimed at reducing the outsized power of the biggest tech companies, such as Apple, Amazon, Facebook, and Google. The new regulation has bipartisan support.

It's a move that everyone saw coming, and follows up on a 16-month-long investigation into the power of tech giants.

Assuming these bills are passed in some form or another, it's safe to say that the world of tech will be completely reshaped. Here's what to know about each of the bills.

No More Buying Up Competition

The biggest bill is likely The Platform Competition and Opportunity Act, which stops any major platform (defined as one with 500,000 or more monthly active users) from acquiring other companies unless they can demonstrate “clear and convincing” evidence that they aren't in competition with each other. In other words, it would stop deals like Facebook buying Instagram.

Critics are already arguing that this definition is too vague, and would wind up preventing useful acquisitions.

There are tons of small acquisitions of companies with specific skillsets or features that can't get the impact they want, and large companies that want to improve existing products. This would decimate a key way talent and capital flow up and down the stack.

Still, as long as the bill holds to its criteria to only prevent acquisitions from competing companies, these examples shouldn't be a concern. Acquisitions can still happen, just not in those rare cases when they represent a company ensuring a monopolistic control over its industry.

Another bill, the Platform Anti-Monopoly Act, aims to stop situations like Amazon's private label products, which it creates based off data on how popular products on its platform are. The bill would also prevent Google from prioritizing its own services in its search results above the services that would otherwise be at the top.

Amazon's products are indirectly called out, too, with a line saying the companies can't “offer or support the offering of the covered platform operator’s own competing or potentially competing products or services on the platform.”

Sell Off Conflicts of Interest

Another bill, Ending Platform Monopolies Act — yes, all these bill names sound the same — would essentially break up tech companies by forcing them to sell off parts of their business if “the covered platform’s ownership or control of that line of business gives rise to an irreconcilable conflict of interest.”

What makes up a “conflict of interest” for a tech platform? It's tough to say, but the definition could reasonably apply to many arms of all the big tech giants, given the breadth of the range of services offered by companies like Google or Apple.

The Merger Filing Fee Modernization Act of 2021 increases the costs associated with business mergers — Those fees would then be funneled towards the regulators in charge of antitrust enforcement.

This bill's likely the most widely popular. It's hard to argue that antitrust departments in the US aren't underfunded, and a few hundred million dollars more per year will go a long way.

This one calls for big tech platforms to “maintain a set of transparent, third-party-accessible interfaces” that could let a user's data be easily transferred to another company “at the direction of a user” and “in a structured, commonly used, and machine-readable format.”

That last one isn't quite as impressive as the rest, but taken together, all these bills are a grab-bag of the best ways to break up monopolies.

“Right now, unregulated tech monopolies have too much power over our economy,” Rep. David Cicilline (D-RI) said in a statement. “They are in a unique position to pick winners and losers, destroy small businesses, raise prices on consumers, and put folks out of work. Our agenda will level the playing field and ensure the wealthiest, most powerful tech monopolies play by the same rules as the rest of us.”

The devil's in the legal details, and it'll have to be hammered out in court for a while before any of these bills are passed. But with this many bills and with bipartisan support, it definitely looks like regulation has finally come for big tech.