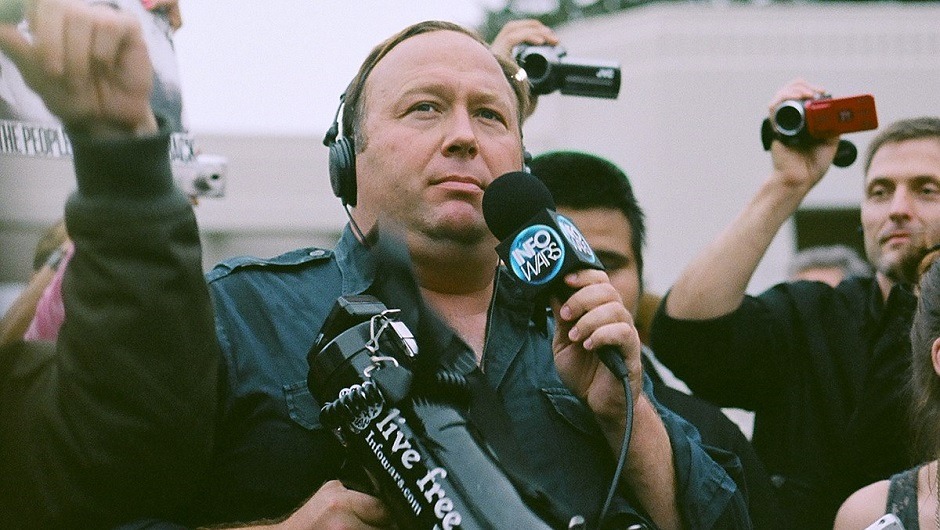 Apple has permanently banned the app for Alex Jones's conspiracy theory website Infowars from its App Store. It's far from the first time we've seen a high-profile ban from the trillion-dollar tech company, and it won't be the last.

While the Infowars ban certainly feels like the right move – and follows a series of bans or blocks of Infowars by tech companies – it's important to keep an eye on any unilateral bans from the world's largest tech company. Apple famously vets its App Store – arguably, to maintain the quality and security of the apps available to Apple customers. To support this process, Apple has a series of standards that apps must meet. Fail to meet Apple's conditions, and an app will be banned.

If your app is banned at all, you're already part of a rarefied group. For it means you were able to get through the gruelling review process, which rejects over a third of all applicants, as a legal document from earlier this year revealed. Most rejected apps don't even get a chance to be publicly banned by Apple.

Nonetheless, there have been some headline-grabbing examples of apps that were taken down after publish. Here's a closer look at the exact guidelines that the App Store operates under, plus examples of times with Apple has brought down the hammer on an unsuspecting app developer.

1.1.1 Defamatory, discriminatory, or mean-spirited content, including references or commentary about religion, race, sexual orientation, gender, national/ethnic origin, or other targeted groups, particularly if the app is likely to humiliate, intimidate, or place a targeted individual or group in harm’s way. Professional political satirists and humorists are generally exempt from this requirement.

As much as the term “free speech” is bandied about by those hoping to avoid consequences for their actions (Coincidentally, the limited liability company that Alex Jones runs Infowars under is titled “Free Speech Systems LLC”), it's not a relevant term in this situation. As a public technology company, Apple isn't required to uphold free speech, which refers to government restrictions. If some speech harms others, Apple has an incentive to avoid spreading it any further.

It's not censorship, either, as Jones is free to continue voicing his opinion online and offline, albeit with a smaller distribution network, given he has also been banned from Apple Podcasts, Twitter, Facebook, YouTube and Spotify. 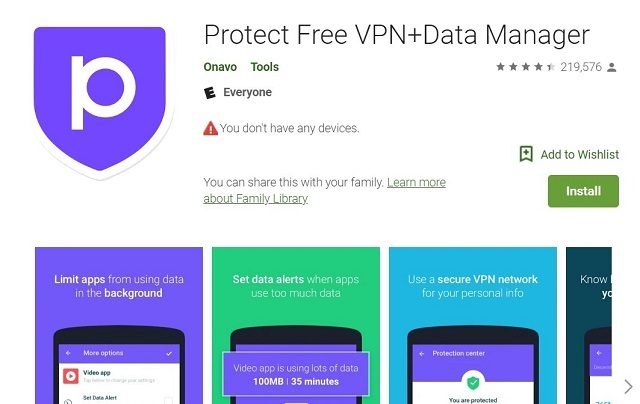 A Facebook-owned security app called Onavo Protect offers security alerts and a VPN for more private browsing. It was banned from the App Store in August 2018, after Apple found that the app violated its data collection regulations.

The app's kinda creepy MO: Collecting data from its users about the apps they were using, and sending the information back to Facebook. In other words, Facebook was gathering information about how people use their smartphones when they're not even on Facebook. Really, Facebook? You don't have enough data already?

Here's the clause in question:

(iii) Data Minimization: Apps should only request access to data relevant to the core functionality of the app and should only collect and use data that is required to accomplish the relevant task. Where possible, use the out-of-process picker or a share sheet rather than requesting full access to protected resources like Photos or Contacts.

While a rule against letting apps harvest their user's databases might seem like a no-brainer, Apple's rule was newly established in the wake of a data privacy backlash in response to Facebook leaking user data to third-party apps.

Mark Zuckerberg himself gave a statement last March saying that “We have a responsibility to protect your data, and if we can’t, then we don’t deserve to serve you.” Which makes this security app ban yet another PR concern for the embattled social network. Hey, at least Google Play is leaving it up.

Want a VPN that doesn't vacuum up your data? Start with TechCo's review of the top VPNs available today.

And here's the reference to user generated content, which tripped up Chatroulette:

Apps with user-generated content or services that end up being used primarily for pornographic content, objectification of real people (e.g. “hot-or-not” voting), making physical threats, or bullying do not belong on the App Store and may be removed without notice. If your app includes user-generated content from a web-based service, it may display incidental mature “NSFW” content, provided that the content is hidden by default and only displayed when the user turns it on via your website.

In fact, at the time Chatroulette was banned, the guidelines actually called it out by name, saying “Apps that contain user generated content that is frequently pornographic (ex “Chat Roulette” apps) will be rejected.”

Turns out that your app doesn't have to be skimming its users' data in order to steal from them: Malware-riddled apps that preyed on their users' phone batteries to mine cryptocurrency were explicitly banned by Apple in June of this year.

The exact terms and conditions explaining the violation were relegated to the guidelines' hardware compatibility section:

2.4.2 Design your app to use power efficiently. Apps should not rapidly drain battery, generate excessive heat, or put unnecessary strain on device resources. Apps, including any third party advertisements displayed within them, may not run unrelated background processes, such as cryptocurrency mining.

It's no surprise the practice of mining cryptocurrency on a device without the user's consent, a process called “cryptojacking” by some, didn't pass the app reviewers' sniff test. The faster that cryptojacking can die, the better. 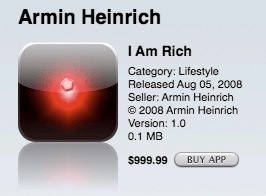 Look, Apple is a capricious tech god. The rationale for an app ban isn't always clear, and Apple rarely clarifies. As a result, some bans simply can't be explained. That's the case with “I Am Rich,” an utterly useless app that was banned in 2008 a day after its release.

The app, which did nothing but display a graphic of a red jewel, cost $999.99. It could be displayed as a status symbol, no doubt by the same type of millionaire who gold-plates the toilets in their McMansion and enjoys ketchup on their well-done wagyu steak.

The developer, Armin Heinrich, sold I Am Rich eight times in the day it was available and only saw two refunds, though one of the customer reviews hints at the reasoning that led Apple to pick up the ban hammer:

“I need someone from apple to help me with this scam. I saw this app with a few friends and we jokingly clicked ‘buy’ thinking it was a JOKE, to see what would happen….I called my visa card and they verified I was charged $999.99. THIS IS NO JOKE.”

Heinrich has since added an updated version for a mere $9.99. How does he feel about the ban?

“I have no idea why they did it, and I’m not aware of any violation of the rules to sell software on the App Store,” he has said to the Los Angeles Times, adding that “The App is a work of Art.”

Apple's review process isn't going away, and we can't all be Netflix, which appears to be attempting to opt out of the App Store as a way to avoid paying Apple's hefty 30 percent fee. If you're a developer hoping to get an app in the store, you'll need to follow every term and condition Apple lays down.