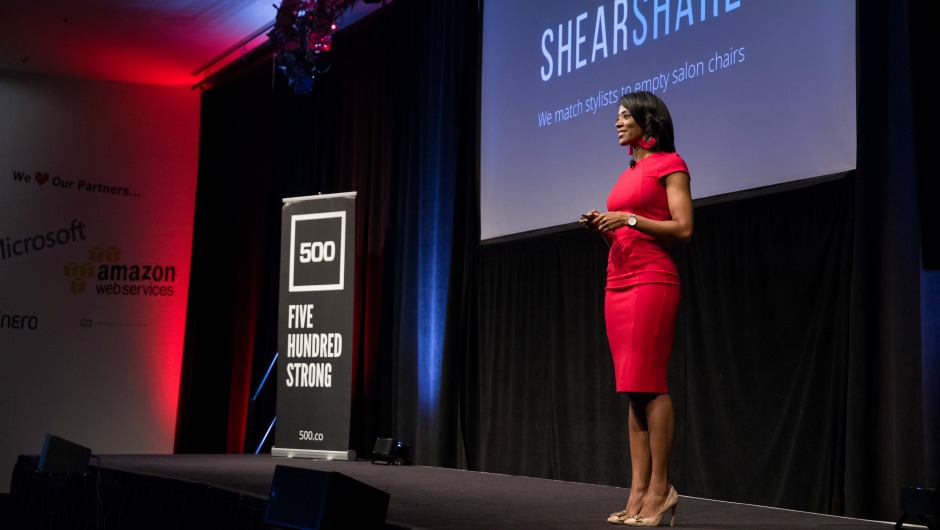 Last year we dubbed a new startup, ShearShare, startup of the year due to a combination of their amazing team and organizational focus. When we last spoke to the founders, Courtney and Tye Caldwell, they were nearing the end of their time with 500 Startups, but already seeing the impact of their time there. Having now graduated from the program, we touched based with Courtney and Tye to learn more about their experience with 500 Startups, the role data plays in their future, and what comes next for the team.

Though the team will likely have some bigger news in the coming months, we learned that the Texas duo will be planning a move to Silicon Valley. This comes after having built a foundation of great mentors during their time at 500 Startups, and also establishing stronger relationships with interested investors. In the near-future, they also plan to add additional members to the team, but will initially be tapping their network to find the most suitable candidates.

“It’s an experience like no other,” said ShearShare cofounder Tye Caldwell. “There is really nothing to compare it [an incubator] to . 500 gives us perspective of where companies need to focus and prioritize their efforts. You always think you are doing things that are necessary to grow the business, but 500 really outlines the ABCs for a startup.”

Mirroring that of Tye’s sentiment with 500 Startups, ShearShare COO Courtney Caldwell was blown away by the entirety of the experience.

“Sometimes it’s hard to put the experience into words. There is almost no adjective to label it. 500 is so hands on, it’s clear that they are committed to your long-term success,” said Courtney. “If you’re on the outside looking in, you’d think incubators are only about seed money and office space,, but now that we’ve met with a lot of founders that have been through multiple programs, the motto for the 500 Startups Seed Program really rings true: 500 strong, 500 family. People live that. And you can’t put a price tag on it.”

More Than Money and a Workspace

For startups, raising money typically comes with a bundle of caveats, requirements, and future involvement from investors. Whether a startup prefers the hands-on approach or would rather ford the river on their own with minimal investor check ins, there are plenty of options to choose from. Between incubators and accelerators, 500 Startups commonly sets itself apart by truly investing in a company’s future.

“Sure, they give you money, and that means they are heavily invested in your success.. But it’s not just a meeting here and there,” said Courtney. “The staff at 500 Startups Mountain View was always there, ready to help. We asked one million if not two million questions, and they answered them as if they were hearing these questions for the first time.From soup to nuts, that program was on fire.”

Speaking of fire, below you can see ShearShare’s demo day pitch from 500 Startups' Batch 19.

Prioritization For the Future

Other than adding some fuel to ShearShare’s plans, 500 Startups also threw in enough startup rocket scientists to help their organization move further than the launch pad, but actually touching down on the Moon. For Courtney and Tye, that means identifying priority areas for the business and tackling them head on.

According to Tye, they are taking these new learnings, and bringing their work to Mountain View. The goal of their big move is to become further integrated into the startup ecosystem, and “We are doubling down on our priorities.”

Four months down and new priorities set, ShearShare is now set on tackling growth and the customer experience, with the data to back up the need.

Social media metrics? No. Emails sent? Definitely not. So what metrics does a startup in growth mode need to focus on? The answers are specific to each startup, which is why ShearShare’s ability to prioritize their work based on data was so important.

“We are the only  marketplace solving this particular B2B beauty problem, so our biggest indicator of success is  the number of empty salon and barbershop seats filled. User retention is key for any organization, as well as cost per acquisition,” said Courtney. “Our goal is to keep beauty businesses open and to provide places to work for stylists who can’t afford costly overhead. Our customers are coming back, so as long as we fill a seat at the end of the day, we are doing our job.”

As far as growth goes, the company has several areas of focus this year: expanding into cities based on request saturation,  customer acquisition channels, and a new influencer program. The latter comes as a result of the team’s success with word-of-mouth marketing, but they will soon be able to reward those who are lending a hand.

“We move when our customers and data say to move. Just look at the number. You can’t ignore what the numbers say,” said Tye.

Read more about our Startup of the Year program here at Tech.Co