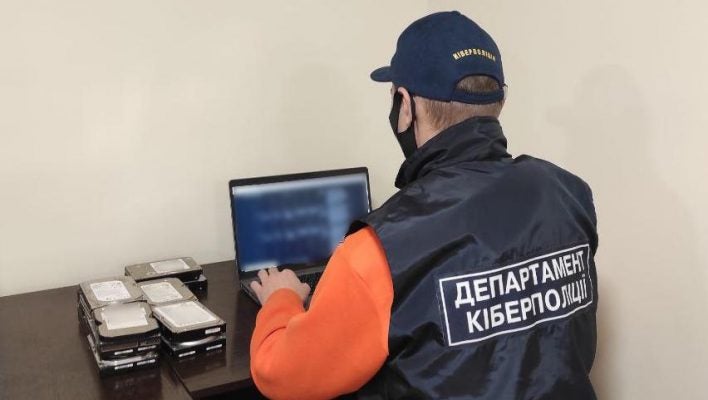 Ukraine’s police force revealed in a press release today that they had arrested a 51-strong group allegedly selling the data of over 300 million Americans and Europeans to hackers.

With groups like this becoming all the more common, it’s vital that security tools like password managers are used to ensure personal information can’t be obtained from your accounts.

The arrests are the latest police action against groups committing cybercrime in the country, with hacking groups and forums being shut down and cybercriminals’ databases seized.

Why Was the Group Arrested?

The 51 suspects that have been arrested were responsible for distributing stolen personal information belonging to approximately 300 million people in the United States, Europe, and Ukraine itself, according to the Ukraine Cyberpolice Department.

The operation – called ‘DATA’ by the Ukrainian police service – also shut down one of the largest websites in the world where criminals can buy and sell stolen personal information.

The police said around 90,000 gigabytes of data had been removed from the internet as a result of the 177 searches that made up the operation.

The Cyberpolice Department of the National Police of Ukraine said that, along with the 50 arrests, they’d seized 100 databases of data that was being held by the group.

The police force’s press release says the suspects were in possession “of personal data of citizens, confidential information on financial and economic activities of individuals and legal entities, information about customers of banking and commercial institutions, data for authorization on e-mails, social networks, online stores and more.”

Information being sold on the sites connected to the arrest, however, included telephone numbers and more unusual data like vehicle registration numbers.

In October, an investigation into two ransomware actors culminated in 7 property searches and the seizure of USD 375,000 in cash and two “luxury vehicles” two worth €217,000, as well as 1.3 million in cryptocurrencies being frozen.

The same month, a 25-year-old who hacked more than 100 foreign companies and caused $150 million of damage was arrested.

With these sorts of cases coming up all the time – and millions of individuals’ personal data involved – it’s vital that internet users are equipped with tools like password managers and antivirus software.

The problem is certainly getting worse, not better, and data of the sort involved in these cases are becoming more and more lucrative to sell. Operations now often involve tens or hundreds of people, rather than one or two. But using the right security tools will give you the best chance of keeping your confidential and personal information safe.