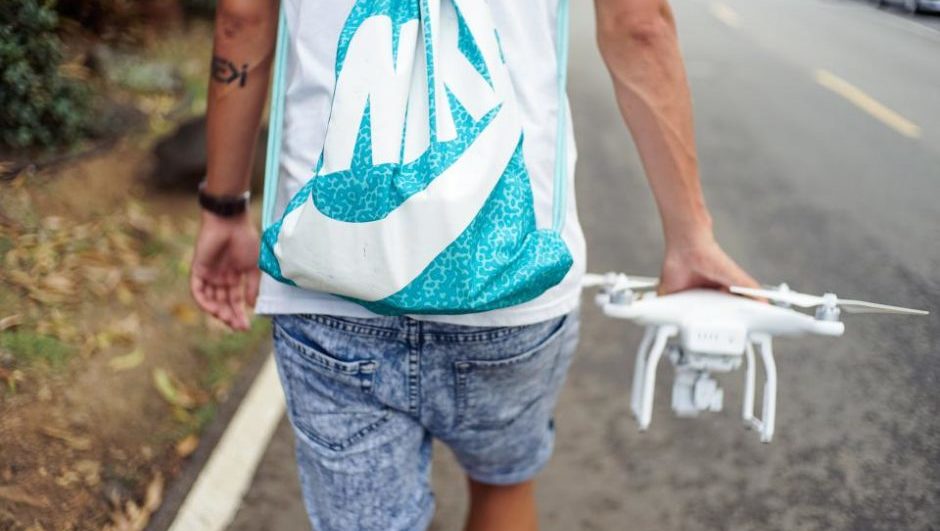 Drones. They are utilised for a number of important purposes including the transporting of medical supplies, for animal protection initiatives, in social activism, in search and rescue operations and, most notably, in the shooting of breathtaking photographs. Despite this, the number of people who are against drones remains relatively high, especially at governmental level.

So, why do some people have a negative perception of consumer drones? According to a recent report published by the non-profit group Open Briefing, the main concern people have with consumer drones is with the consumers themselves. Drone users that neglect security hazards show a lack of common sense and display recklessness in drone use have serious negative consequences for the entire drone industry. Here are just a few common examples of what drone hobbyists should absolutely avoid doing.

Although “No Drones” signs and disclaimers are beginning to appear around important governmental objects and places under special surveillance, they do not discourage some savvy drone pilots from peeking behind the fence (and consequently getting themselves in trouble). Policy makers are unlikely to veer towards accepting better laws for the drone industry with incidents like the one where a drone was launched by an off-duty government intelligence agency employer and crashed into White House grounds.

Crashing a drone into your neighbour’s yard does not make you look good, but putting national security at risk is much, much worse.

It is not only US drone users who are guilty of some terrible political faux pas, however. In September 2014 a drone “attacked” Angela Merkel during her public speech, an incident that resulted in a significant discussion about the concerns of using drones for military purposes and security issues surrounding drones in general.

Drones are banned in airport premises for good reason. The risks of drone technology interfering with navigational tools are high, and crashing into a plane and causing serious damage is no joke either. That’s exactly what almost happened at Heathrow Airport earlier this year when a commercial drone slipped through under the radar and nearly hit the British Airways vessel. In fact, the number of such occurrences has quadrupled in recent years with as many as 23 near collisions registered by the airport authorities. Suffice to say that the UK is now on the verge of tightening drone usage laws.

Popular sporting events attract massive crowds and there’s good reason why officials are required to manage them. However, drones are a new hazard that we should now be aware of: An Australian athlete Raija Ogden was drilled by a photographer’s drone while competing in a triathlon. One of the students at the University of Kentucky’s home football opener managed to crash a drone into the press box. A teacher from NYC thought that it was okay to film a tennis match using a drone at a nearby stadium in Queens, and ended up crashing the buzzer into a row of empty seats. That’s just a few examples of drone crashes with relatively harmless outcomes from a series of drone disasters at sports. Slate even created a witty term for careless game fans with drones naming them “Idiot Above The Field”.

Drones can be great helpers during emergency operations, although not when operated by amateurs. When a recent wildfire spread through Southern California, five commercial drones were registered in the air, not allowing fire fighters to mobilize their helicopters fast enough. This incident delayed the response time of fire fighters by around 15-20 minutes – time which could have been spent on pacifying the fire, rather than reasoning with the drone pilots.

Getting Too Close to Wildlife

While good drones successfully serve the noble mission of animal protection and conservation efforts, bad drones (or better to say bad drone users) often use the ‘copters to mess up and abuse the wildlife. The US National Park security have already banned drones due to an unpleasant incident involving a careless drone pilot startling a herd of endangered Bighorn Sheep.

As the Pennsylvania Board of Game Commissioners put it in their recent report: “Hobbyist drone activities range from degradation of the natural and scenic values of these lands to actual wildlife disturbance and harassment activities. The commission is also concerned that use of these devices on state game lands may expand and interfere with lawful hunting and trapping activities in the future”.

Last year a drone carrying 6 pounds of synthetic meth crashed close to the US/Mexican border. The smugglers are no longer going underground – they are flying above it. Another drone was caught with 28 pounds of heroin when trying to pass over the border close to San Diego in April last year. US State and Border Protection have expressed persistent concerns about the risks of using unmarked commercial vessels, especially when it comes to drugs trafficking.

The bottom line – be a responsible drone user and don’t let reckless drone use cause all commercial drones to be banned altogether.