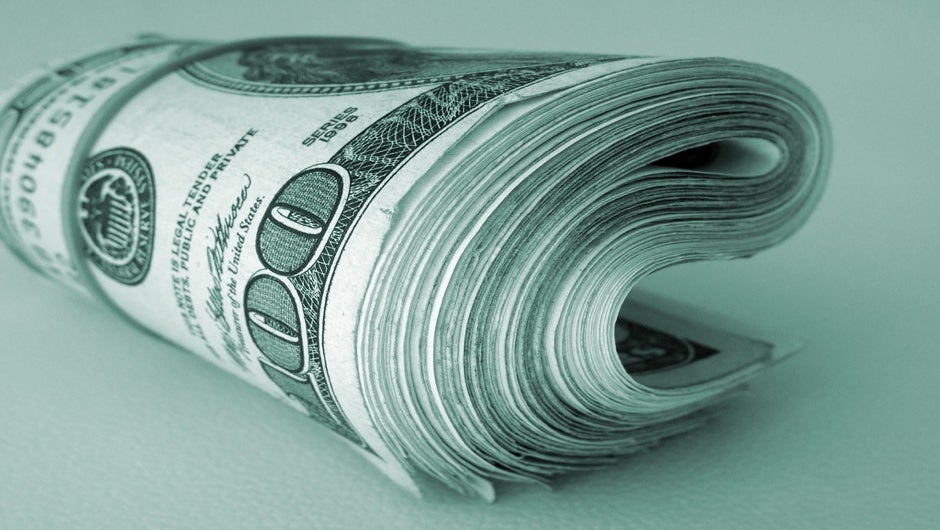 Many startups launch on an idea, but one integral aspect needs to be hammered out somewhere between a lightbulb moment and an IPO: The revenue stream. Everyone needs money, and sooner or later, a startup will need to pick a model.

“At first the vision is so exciting,” DeYoung notes, “but at some point the question of how to make money starts buzzing in your ear.”

The three panelists all had plenty of opinions drawn from their separate backgrounds and the varied stages of their own startups. First, Peter Leonard, cofounder of Meddle Group, spoke on his app, which lets users crowdsource advice from their friends. It's currently a “dating app that lets your friends swipe for you,” as he puts it, but he plans to eventually generate revenue by expanding into commerce.

Next, Erin Breslin, CEO of All Set, discussed her marketplace for house cleaning, which is generating revenue using a commission model.

Rajeev Dutt, CEO at the AI-simplifying startup DimensionMechanics Inc., also had plenty of tips to offer to the crowd. Here's a look at the most interesting and useful tidbits the panel offered regarding how to get your startup's cash flowing.

Which Is More Important, Revenue or Investments?

A startup's life cycle typically relies on investment from venture capitalists first, using the rapid growth that ensues as a launch pad for their revenue, which eventually allows investors to recoup their funds. That's true for both Peter and Erin, who gave the same answer to an opening question about which stage of the company they were in.

“We need to get as many people on our platform as possible, so we're focused on investment,” Erin said.

User growth at Meddle, Peter explained, will eventually lead to revenue as well. In short, an early-stage startup's bottom line might not be as important as a traditional business owner's, even if all bills will eventually come due.

Which Comes First, the Idea or the Revenue Model?

Once again, the idea preceded the revenue model. Peter explained that the app first came to his mind when he was listening to a friend talk about her dating troubles, and Erin's idea struck when she realized how broken the house cleaning market was. Since there was no great way to connect customers with cleaners — or vice versa — she dug deeper for what could address the problem. The answer? A focus on helping the professional cleaner out with their business, rather than just focusing on helping the end user.

Erin's revenue model followed along this same logic. How best could All Set align itself with the professionals it needed to attract? By using a commission model: All Set is only paid if the pro using its platform is paid, a move that's sure to make the professional feel more secure in relying on the service.

Who Helps You Figure Out a Model?

When it comes to hammering out a revenue model, who's on your side of the table? The panelists all emphasized human-centered design thinking, which requires one-on-ones with plenty of customers — after all, they're the only ones who can definitely say what they personally want. You'll need to get real-time feedback by tapping into a community.

“I don't think there's anything that can replace that in my mind,” Erin said, and Peter agreed, adding that discussions with other entrepreneurs are also fruitful. “I started coming to a lot of networking events, talking to people and users.”

Rajeev gave his own two cents, saying, “It's about trying to get feedback from users to try to understand the business model. We went through a two-year process of trying to find models — it was a huge trial and error process. You'll need to learn when to pivot. Don't be afraid to say, hey, I screwed up.”

What Do Investors Want?

The decision to start booking meetings to secure a funding round is an important one, but it's different for every startup. The key question, Erin notes: Which metrics do you want to monetize? Provide the correct metrics, and make sure they prove your startup will succeed.

Rajeev highlighted another essential point: Provide complete transparency to the investors at every stage of your relationship.

“Investors are smart enough to realize you'll go through this period when you're waiting for numbers to back up what you're saying,” he said. “Our whole business plan keeps shifting, but as we're becoming clearer on where we're going, the shifts are getting more fine-tuned. The biggest challenge is making sure that transparency is there.”

How Do You Plan Your Next Step?

Once you have the investment, you'll need to know how you'll allot the funds. Peter explained one important point when looking at what areas of the company to grow: Don't assume all your users will be profitable.

“Users and customers are two different things,” he notes — only customers generate revenue.

Rajeev's solution is to ensure that their costs as low compared to their competitors, which is easier for him, given that his company has virtually no cost of goods sold (COGS), a term referring to the direct costs of the production of any products or service sold by the company. “Keep track of services,” he said, “because they'll determine your pricing.”

What's the Worst Misconception About Monetizing?

Rajeev thinks the worst misconception surrounding fundraising is that it's the same for everyone. The truth is that it all depends on which stage of the company you're at. For him, customer validation is the most important concern. Another misconception he notes: The phrase “if you build it, they will come.” People are lazy — if they don't have to come, they won't.

Peter's pet peeve is similar: Revenue isn't the only way to prove you're valuable, he points out, noting that growth is the factor he cares about at the moment. But one of the best signs of a strong product market fit, Erin points out, is a revenue stream of some sort.

For startups, it seems, figuring out a revenue model is a little like taking out the trash. It's a chore that you don't need to do immediately, but the longer you put it off, the worse everything starts to smell.

This article is part of a Startup Week content series brought to you by CHASE for BUSINESS. Startup Week is celebration of entrepreneurs in cities around the globe. CHASE for BUSINESS is everything a business needs in one place, from expert advice to valuable products and services. Find business news, stories, insights and expert tips all in one place at Chase.com/forbusiness.