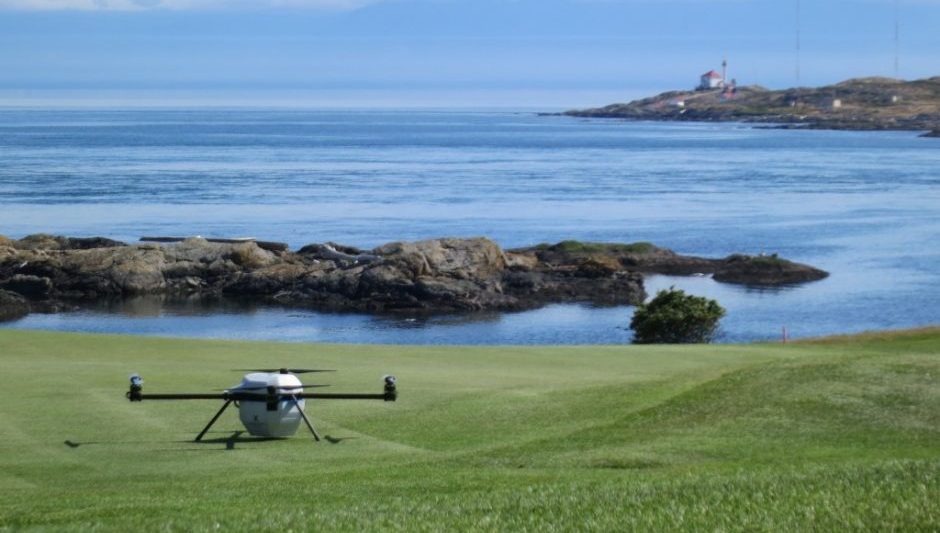 In recent months the U.S. has pushed forward to open a potential future filled with drone deliveries. Unfortunately we are just entering a new age of testing thanks to a Presidential Memorandum and Executive Order; however, the likes of Amazon, Intel, and other companies will be testing various solutions in select cities to see if they are ready for prime time.

Unlike the U.S., some countries on the other hand have removed many of the barriers that we face, and in turn allow their cities and consumers to have drones deliver items and goods via drone. From burritos to pizza, these are just a few of the companies and startups using drone tech in other parts of the world, which we may one day see here in the U.S. There is one exception to all of this though, and that is thanks to Starship and their ground based robotic drone delivery solution that works with Postmates.

In the U.S. there is a lot of talk about how drones will fulfill our dreams of instant gratification, but other parts of the world are making better use of it and their loose restrictions on drones. San Francisco based Zipline is tackling a major need in Rwanda by offering medical drops that include lifesaving supplies via drone that are deployed and parachuted down to remote hospitals. In 2018 Zipline is set to begin testing their service in Tanzania where they are said to potentially make up to 2000 medical deliveries per day.

In a world’s first, Matternet has gained approval and launched the first autonomous drone delivery network in Lugano. The network works between hospitals, clinics, and labs, and allows for important items like blood test and diagnostics to be delivered within 30 minutes.

In 2016 Domino's Pizza partnered with Flirtey to test a drone delivered pizza in Auckland, and soon the duo will be rolling it out as a full service. According to an idealog report, Domino’s will any day begin drone delivered pizza at one of their retail locations North of Auckland. From there they will determine if it’s worth expanding.

In the U.S. you not only need to have a drone within your line of sight at all times, there are various regulations about automation as well. In a sort of loophole attempt, 7-Eleven skipped past the likes of Prime Air and Google to technically offer the first U.S. based drone delivery. Through a partnership with Reno based Flirtey, 7-Eleven delivered slurpees, a chicken sandwich, donuts, hot coffee, and candy. The delivery was only a mile from the store, and they later tested the approach drone deliveries again, but used automation within a line-of-sight on 77 different orders in Reno.

Ok, so it’s not just fried chicken, but food in general. Minamisoma is one of the surrounding cities that continues to be impacted by the 2011 earthquake and tsunami, which then led to a nuclear accident. Last year some of the evac orders were lifted, but the damage remains. As a result the surrounding delivery infrastructure is not yet ideal for regular ground transit, which is why Japanese ecommerce giant Rakuten partnered with Lawson to begin their six month trial in the area to deliver food.

Another day, another test, but this time with Alphabet’s Project Wing. In late 2016, Chipotle and Alphabet received FAA clearance to test a localized burrito delivery service on the Virginia Tech campus. Similar to the 7-Eleven test, the delivery required both a line-of-sight and small delivery range, and in this case a Chipotle van acting as a base of operations.

Tacos and Over The Counter Drugs – Canberra, Australia

If we didn’t know any better, we’d say Alphabet has a thing for tacos and burritos. But hey, can you really blame them? In a new test, this time in a rural part of Australia, Alphabet is working with a taqueria chain and drug store to offer tacos, burritos, and small retail items that you can get at a pharmacy. 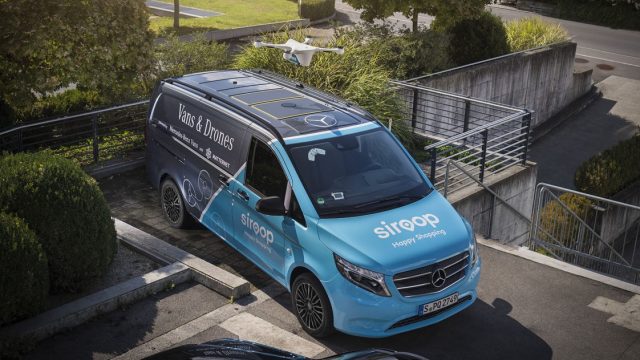 From smartphones to ground coffee, the Swiss ecommerce brand Siroop worked with Mercedes and Matternet to test localized, same-day deliveries. During the 11 day test period, 100 items were carried by drone and then landed upon specialized Mercedes vans around Zurich. The  vans would then complete the final mile of the order. If you're curious what role the drone played in all of this, it was simply as a cost and time saving measure to due the avoidance of traffic.

Read more reviews on the latest drones at TechCo