Compare CRM Software Deals Have you used CRM Software before?
Yes
No
Find the right CRM for your business and get a free trial
Home News 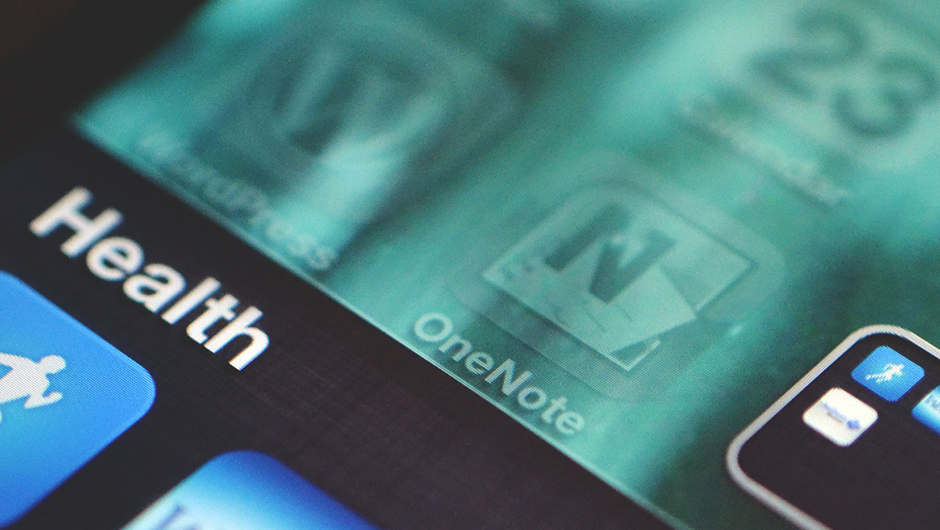 2014 was a great year for the tech industry – that is, especially, if you look at just the number of exits made last year. Whether they were in the form of mergers and acquisitions or IPOs, tech companies around the world have experienced quite a bit of success. Looking at the breakdown of these tech successes, though, it's important to point out that not all industries stand on equal ground, and certain industries have definitely seen higher rates of success in the exit game than others. If you're looking for your next venture or maybe you're hoping to join the tech world, consider going into one of these 9 top tech industries for a (hopefully) better chance at making an exit. 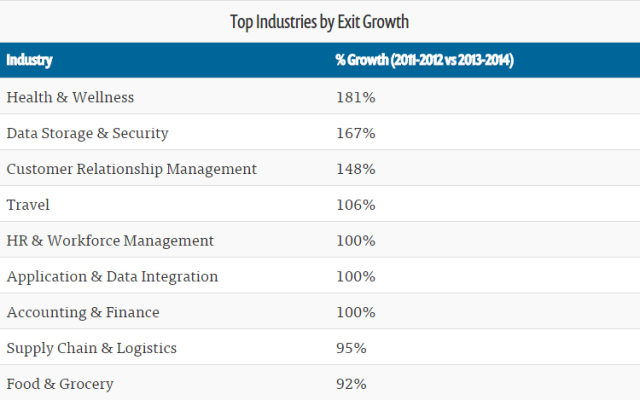 According to CB Insights, health and wellness tech companies have seen the most success in exits. Between the period of 2011-2012 and 2013-2014, companies in this sector of the larger tech field saw 181 percent growth in the number of successful exits. Not only that, but the median amount of time it took those companies to make an exit was three years – three years between the period when these companies raised their first funds and when they made their exit. Some notable examples of companies making exits in this industry include Everyday Health, which went public last March, and MapMyFitness, which was acquired by Under Armour at the end of 2013.

2014 alone saw a lot of successful exits, with 2807 M&As and 79 IPOs across the world. Overall, tech exits grew by 58 percent between last year and 2013, and the number of “unicorn” or billion-dollar exits doubled from 17 to 32. More valuable information, though, is that tech companies from the United States made the most overall exits in 2014 – a good signal for those of you wanting to get in on any of these top tech industries. 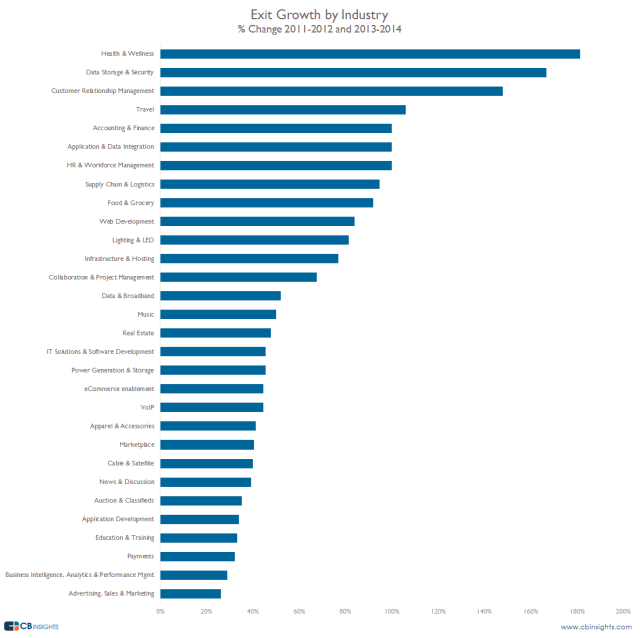