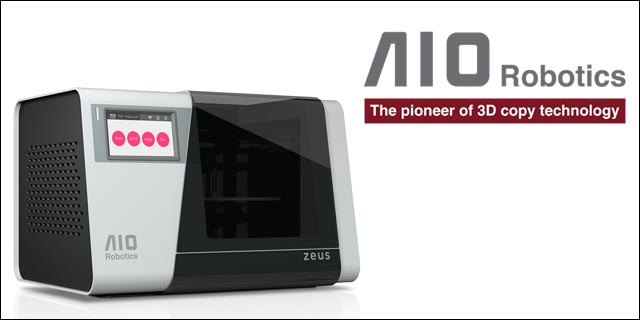 3D printing blows my mind; it always has and it always will. It’s definitely one of my favorite technological advancements of the past few years, and the things that people create are unbelievable.

When I heard about AIO Robotics and their ZEUS machine, I just flat-out lost it. This machine was designed specifically to enhance the 3D printing experience by adding in 3D scanning, copying, and faxing.

To save time, Windau and the rest of the team thought: why not integrate a 3D scanner into the 3D printer and make it a copy machine for 3D objects? Thus, they were able to clay-model sensor adapters by hand and simply copy them, effectively saving hours of CAD work.

Granted it wasn’t incredibly easy to do, but building the ZEUS seemed minuscule when they stacked it next to the need for a bigger team, raising seed money, and convincing early-stage investors. But, their persistence paid off when they were accepted to the Viterbi Startup Garage at the University of Southern California; they got the resources they needed and were able to launch a successful Kickstarter campaign that brought in $100,000 in one day.

That Kickstarter milestone speaks for itself, but so does the genius of the ZEUS. AIO Robotics simplified the functions on their ZEUS so that users only need to push one button to make it happen – one button. They’re targeting the non-consumer with this product too; they want households, small businesses, schools, or anybody who hasn’t used 3D printing to own a ZEUS.

“The user doesn’t need to bring along any technical skills in order to operate our machine,” says Windau. “This degree of automation does not exist in current 3D printers. Also, we have an in-build computer and large touchscreen, so users do not need to connect our machine to an external PC, but can use it as a standalone device.”

A lot of people like to speculate about the future of 3D printing, and as a way to sort through all of the bogus assertions, I generally listen to only the people directly involved. That means I pay attention when Windau tells me that he thinks more 3D printer classes will be offered in engineering and design schools while traditional designers will start using 3D printers for prototyping.

Regardless of what the future actually brings, the here and now shows that 3D printing is indeed booming. All AIO Robotics wants to do is contribute to the trend with a user-friendly solution. 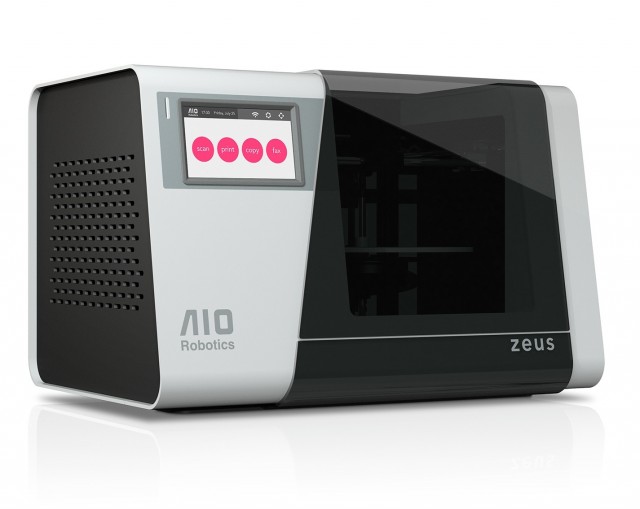