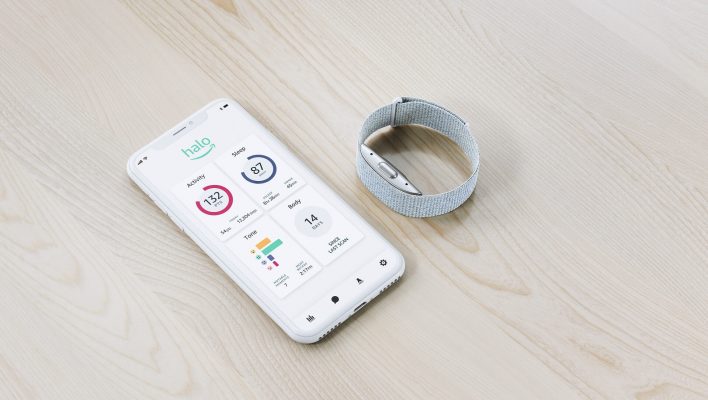 Back in 2019, Amazon revealed that it was working on a device that will be able to track users’ emotions as well as physical health.

A year later, the device – Amazon’s Halo Band – has been made official and is more unsettling than we imagined. But this isn’t the only device from the tech giant that is turning heads.

As technology advances, Amazon’s AI development is making leaps and bounds in the industry – but is it starting to cross the line between cool and creepy?

We’re all familiar with smartwatches and Fitbits that help you get your daily steps in, but Amazon’s taking this one step further with its new Halo Band.

In late August, the company announced that the band will use your smartphone camera to capture a 3D scan of your body and then calculate your body fat. Another eyebrow-raising tool – the Tone feature – uses a microphone on the band to listen to the tone of your voice and report back on your emotional state throughout the day.

“The innovative Tone feature uses machine learning to analyze energy and positivity in a customer’s voice so they can better understand how they may sound to others, helping improve their communication and relationships.” – Amazon Halo announcement

Unlike the Apple Watch or most basic fitness bands, the Amazon Halo Band doesn’t have a screen. The company has developed an app to connect with the wristband, which comes with the usual set of fitness tracking features along with the two new slightly unsettling features.

To nip any privacy worries in the bud, Amazon has noted that the user’s voice is never uploaded to any servers, but instead, the band sends the audio snippets to your phone via Bluetooth.

Amazon has also stated that the Halo app immediately deletes the voice samples after it analyzes them for your emotional state. 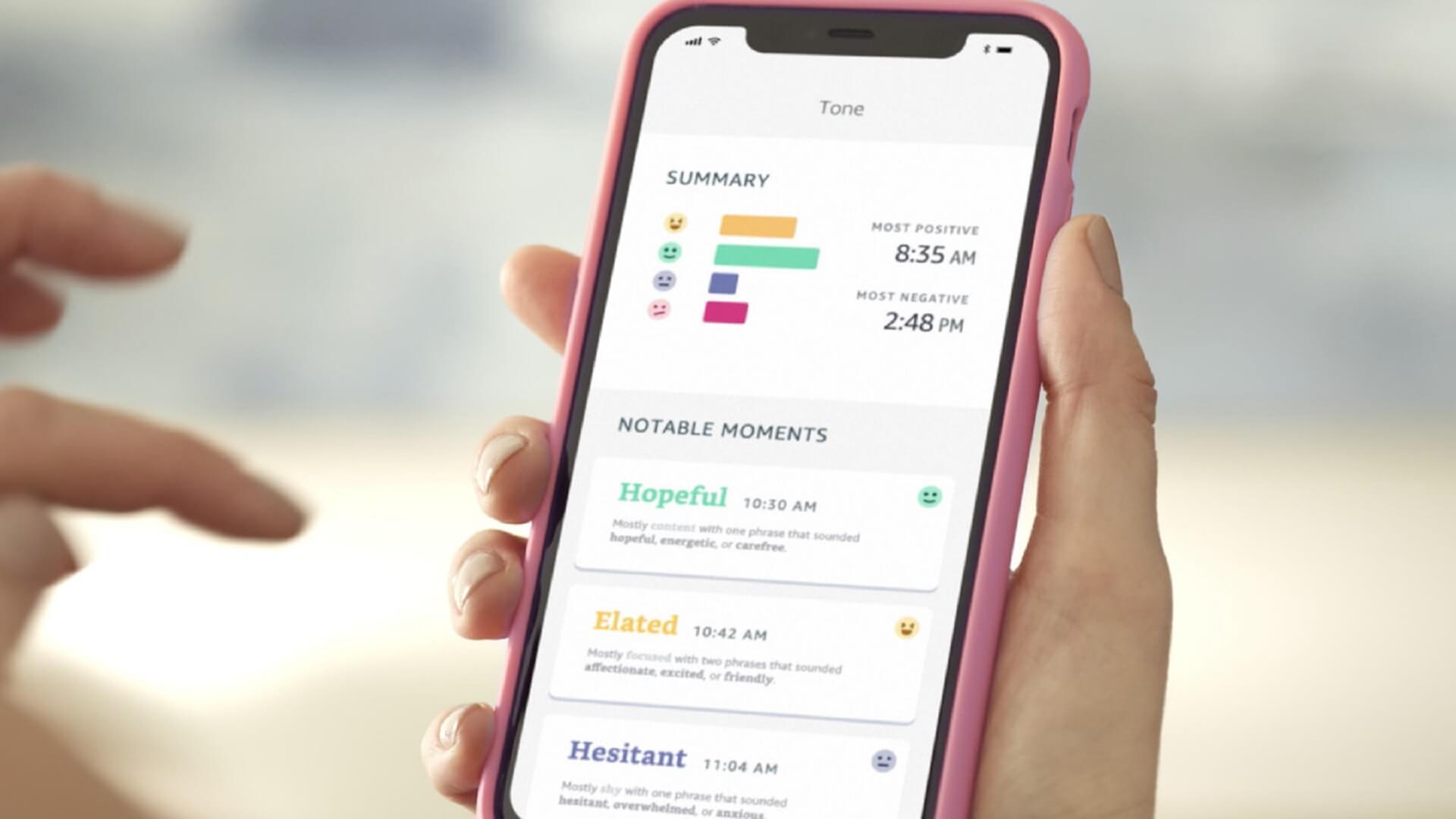 An example of the emotional feedback you can expect to see on the Amazon Halo Band.
Photo: The Verge

How does an Alexa-powered apartment sound to you? Because we’re getting big Black Mirror vibes from this one.

Residents in these apartment complexes will be able to set timers and alarms, get the weather, or hear the news from the Echo device in their apartment by using their voice. Alexa for Residential also allows property managers to offer custom voice experiences that “go beyond the walls of their apartments”.

Property managers can create “custom Alexa skills” for every unit in a property – in other words, Alexa will be the middleman between residents and landlords on things like managing rent and any maintenance requests.

And, if you want to remove even more human contact from your property experience, landlords can also use Alexa-enabled devices in vacant apartments to answer common questions, carry out self-guided tours, or demo smart home features available in each apartment.

Again, Amazon is quick to remind customers that property managers would not have access to any customer data, and voice recordings would be automatically deleted daily.

So, to summarize, Alexa could be your next landlord. 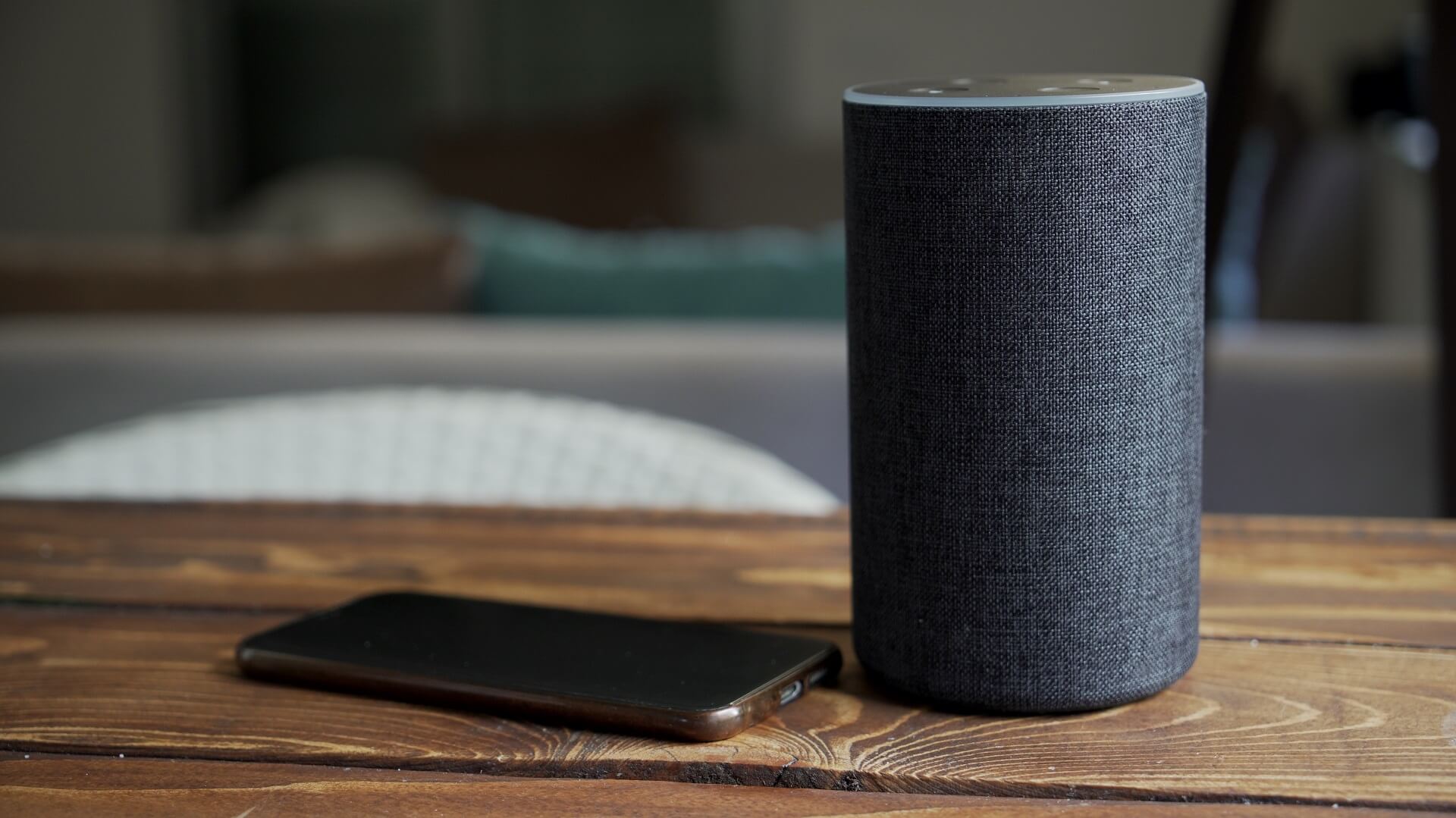 The Future Of AI At Amazon

Amazon’s AI seems unstoppable. In fact, Business Insider estimated that there will be about 500 million smart speakers in US homes by 2024, with more than half of them powered by Amazon's assistant.

So, are there any other border-line creepy developments on the horizon?

Well, in the short-term, the company seems to be focusing on new ways that it can make the user experience more fluid with Alexa.

One of the key ways Amazon is hoping to do this is by making sure the user doesn’t have to over enunciate when speaking to Alexa – this is currently an issue for customers with stronger accents.

Amazon is also hoping to remove ‘wake words’, which means consumers would be able to say “play music, Alexa,” rather than needing to say the wake word “Alexa” before the command.

“The model of interaction, at its core, is not entirely different than going on a computer and typing a question into a browser. Until this format changes, and becomes more intuitive and more human with the AI initiating interactions and understanding context and users, there is a large chance the functionality of the devices will plateau.” – Dor Skuler, CEO and co-founder of Intuition Robotics, in an interview with TechRadar

As for the long-run, it looks like a full-blown sci-fi movie might be on the cards. One way Alexa could become more efficient is if it has more of a physical presence in our homes. Yes, that’s right – a real-life Alexa robot.

The vice president and head scientist at Alexa Artificial Intelligence, Rohit Prasad, revealed at the MIT Technology Review’s EmTech Digital AI conference this year that he thinks Alexa would be better if it had a robot body and cameras. “The only way to make smart assistants really smart is to give it eyes and let it explore the world.”

According to Prasad, giving smart assistants physical bodies could enable them to learn more about your routines, how you move around your home, and where other bits of technology are situated in your house.

It’s no secret that the working conditions at Amazon are frowned upon. In 2018, it was reported that the company patented designs for a wristband that can track where warehouse employees are placing their hands.

One of the patents even outlines a feedback system that would vibrate against the wearer’s skin to point their hand in the right direction. The result? Workers can meet higher demands in the warehouses.

This already sounds very dystopian, but all of these additional developments in AI at Amazon begs the question – will this impact Amazon working conditions even more? Will workers also be monitored on their emotional reactions as well as physical? Or will they be replaced altogether with a fleet of obedient Alexa robots?

Unfortunately, we don’t have the answer just yet. But as Amazon’s AI begins to cross the line between helpful to invasive, maybe it’s time to stop and ask if Amazon’s tech is enriching our lives, or controlling it.