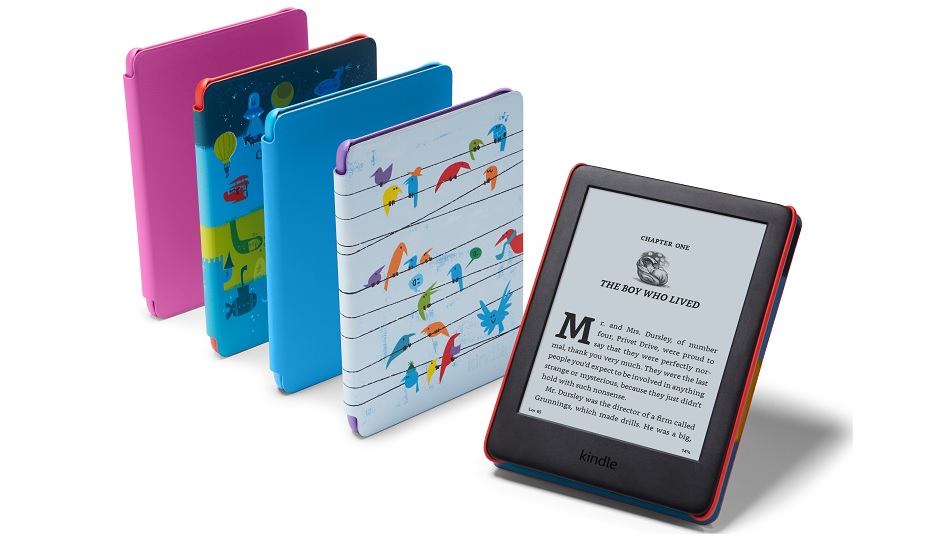 It's only been a couple of months since the last Kindle update, the premium-priced Kindle Oasis, but Amazon has swiftly followed it up with yet another new model, this time aimed at younger readers.

The Kindle Kids Edition is the company's first attempt at a child-friendly ebook reader. It comes with exclusive features designed to make reading easier for your child, as well as ways to encourage them to do more of it.

Amazon has also announced an update to the Kindle Fire 10 Kids Edition, giving it a snappier processor and making a few design changes.

While Amazon has been selling us Kindles for years, the one unexploited gap in its market has been a child-focused ebook device. That's something of a surprise, given that the Kindle Fire tablet range has had a child-friendly version for a number of years now. With the Kindle Kids Edition, Amazon is looking to rectify this. It appears to be adopting the same approach that made its Fire Kids edition so popular – namely, offering a generous warranty, plus exclusive features for both children and parents.

So, what exactly is the Kindle Kids Edition? Well, on the surface, it's pretty much the entry-level Kindle that Amazon is already selling. There's no surprise here – the Kids Fire tablets have always been pre-existing models that have been given some child-focused features.

This means that young readers get a 6-inch screen, with a light, plus an estimated four-week battery life. Amazon has given junior readers a little more storage though, with 8GB, compared to 4GB on the standard Kindle.

So far, so Kindle. But, it's the extras that make this version of Amazon's e-reader so child-friendly:

The Kindle Kids Edition is available to pre-order now, and will be released on 30 October. It's priced at $109.99, though it may be worth holding off buying or pre-ordering until Black Friday (29 November), as Amazon often does discounts on its Kindle range.

Read our guide to find the right Kindle for you

Also announced the Fire HD 10 Kids Edition. This isn't quite the showstopper that the Kindle above is – mainly, because it's a small iteration to an existing tablet. Amazon has always had great success with its Fire range of tablets, and they regularly prop up its own best-sellers list. Fire tablets are able to compete with Apple's iPad thanks to Amazon's “stack 'em high, sell 'em cheap” strategy.

The Kids versions are no different, and the Fire HD 10 is the premium model in the range, offering more power than the Fire 7 and Fire 8 models. It's a 10-inch tablet, with an Octa-core 2.0GHz processor, and it runs Amazon's bespoke version of Android, FireOS.

So, what do you get with it? The new Fire HD 10 Kids Edition includes:

Read our guide to the best tablets for kids