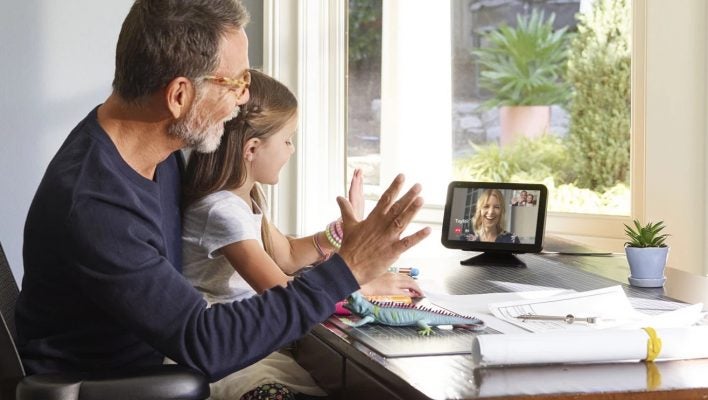 It's a big day for everyone who loves Amazon, but wishes its survellience tech was even more effective: The ecommerce giant has just upgraded two of its Echo smart displays and added an entirely new one that's aimed at kids.

The biggest news is that the Echo Show 8 now has the ability to automatically pan and zoom to follow users around the room. It's similar to the Echo Show 10, although the screen doesn't physically move.

Here are all the other new features and prices to know.

The Echo Show 8 now has a 13-megapixel, wide-angle camera for a 110-degree field of view. Also new to this upgrade is a new, more powerful octa-core processor.

The Show 8 retains most of its other specs: It keeps the same 8-inch HD display, dual speakers, and choice of white or charcoal gray colors. 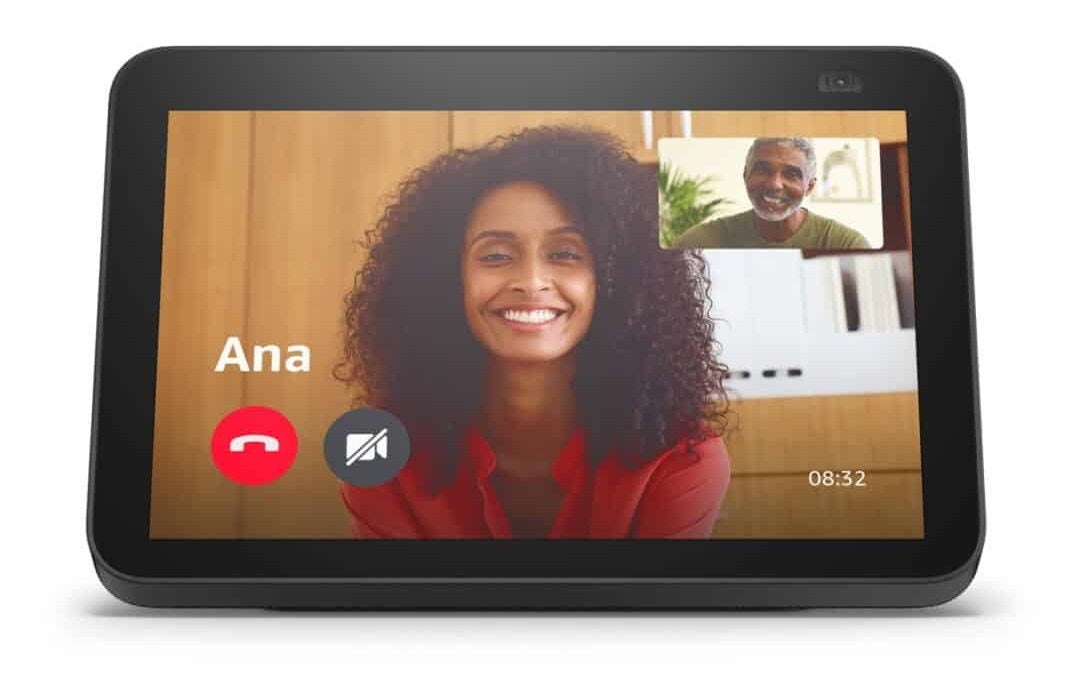 In addition to the pan-and-scan camera trick for video calls, the software for the upgraded Show 8 can now offer “animated visual and audio in-call reactions,” as Amazon puts it in their announcement. These might include hearts, confetti, or “laughs.” Similarly, real-time AR effects are supported, with filters that make callers appear to be videoing in from a classic painting or street art. Plus, Zoom support lets users immediately hop into their scheduled calls with the command “Alexa, join my Zoom meeting.”

It's available for pre-order now, with the price staying at $129.99, making this upgraded version of the Show 8 an affordable alternative to anyone who doesn't like the look of the $249.99 price tag on the high-end Echo Show 10 smart display.

The Show 5 gets a new camera as well, though not as impressive as the Show 8's 13MP sensor: It's a 2MP camera, which is double the pixels of the previous Show 5 camera.

It's also adding a new color, Deep Sea Blue, in addition to the previous two colors, Charcoal and Glacier White. But aside from software updates, that's all the new features you'll get from the Show 5.

If you need any more convincing, the price is dropping down to $84.99, making the Echo Show 5 cheaper than it's ever (permanently) been before.

Finally, the brand-new Echo Show 5 Kids has debuted, with the same specs as the upgraded Echo Show 5, complete with 2MP camera.

With it, children can handle a variety of kid-appropriate tasks. They can contact Alexa, set custom alarms, and video chat with a list of parent-approved contacts. It also comes with a two-year worry-free guarantee for easy replacement, as well as a free year of Amazon Kids+, a streaming service which users can access on the Show 5 Kids device. This service includes Audible books, music, games, and kids shows.

The display will cost $94.99, and is available in Chameleon only, a blotchy green-and-blue color.

The Amazon Kids+ service is an additional subscription charge after the first year: It starts at $2.99 per month for Prime members.

Should you get an Echo Show?

If the concept of a smart display appeals to you, but you haven't taken the plunge, the upgraded Echo Show 8 is likely the most attractive option. The 16MP camera is a great upgrade, particularly since the price hasn't shifted at all. You can order it now.

The lower price on the Show 5 is probably the biggest reason to consider it. If you don't want to invest too much in yet another gadget, a mere $85 is easy to swallow.

Whatever you pick, you have to admit that a smart display makes sense in 2021 — we've all spent enough time at home to value the worth of a high-quality video call.