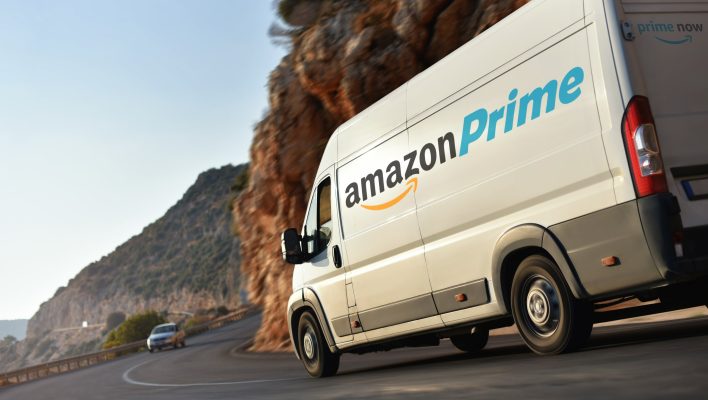 For over a year, Amazon has quietly been paying local businesses in rural America to deliver its packages.

Since its rollout, the trial – officially known as the ‘Amazon Hub Delivery Partner Program' – has largely evaded the public eye. But according to business owners involved, the program has recently been approved for greater funding and is set to exit its pilot phase over the coming months.

For rural businesses that have been recruited by the program, the delivery scheme appears to be opening up valuable revenue-creating opportunities. However, with Amazon being under repeated scrutiny for treating workers poorly, the program's seven-day commitment and low per-package payments won't be for everyone.

Since last summer, the e-commerce juggernaut Amazon has been recruiting small businesses to deliver its packages within a 10-mile radius from their grounds. The trial has been taking place in the rural states of Alabama, Mississippi, and Nebraska – areas that have historically been logistical nightmares for Amazon's in-house delivery service.

As the demand for speedy delivery continues to surge, Amazon has struggled to keep its next-day delivery commitment in these rural states because of their sparse populations. By paying local businesses to cater to these remote communities, it's easier for the tech company to fulfil its ‘last-mile' deliveries, which are traditionally more costly and harder to organize.

Previously, Amazon relied on postal partners like UPS and the US Postal Service to carry out their rural orders. Now as the national postal service is encountering its own financial and operational hardships, the e-commerce company is appearing to try a different tact.

But despite the program's clandestine deployment, this isn't the first time it's been tested out. The Hub Delivery Partner Program has actually been operating in a number of international countries for years, including in India since 2015.

What Businesses are Amazon Recruiting?

According to a source cited in Recode by Vox, Amazon appears to go after ‘mom-and-pop' style businesses – small, independent establishments that are often family ran. The nature of these local businesses varies, with IT shops, florists, and restaurants alike all taking part in the program.

None of these businesses are required to have prior delivery experience. They do, however, need to own a physical location, a vehicle, and be able to commit to year-round deliveries. Amazon has also reported that the businesses need to be in current be in operation, so they're able to be covered by liability insurance.

Is This a Win For Business Owners?

So for businesses considering taking part – what would partnering with the world's biggest e-commerce company actually look like?

Well, according to business owners involved in the pilot, participants are required to commit to delivering packages seven days a week, with only five holiday days allowed each year.

What do they get in return for this heavy commitment? Well, the delivery scheme can be a valuable way for businesses to subsidize their revenue, in a landscape where lucrative opportunities are hard to come by.

Amazon's own site reports that participating businesses can get paid around $1,500 to $2,000 each week, if they're able to fulfill 600 to 800 orders. When this price is broken down, it equates to around $2.50 per package.

“All of our partners operate primary businesses and this program provides opportunity to help supplement their income,” – Lauren Samaha, Amazon spokesperson

For independent businesses in rural states that have been hit particularly hard over the past few years, this extra income can make the difference between sinking and staying afloat.

A business owner from Alabama that takes part in the program illustrates this, telling Vox that the pilot's appeal “is diversifying the business and also creating jobs for people in the community.”

“That’s something we care about, and it’s been really good for my jobbers” he adds.

But the scheme's round-the-clock commitments and $2.50 per-package payment isn't going to be enough for every business, as the business owner continues to explain.

“Seven days a week for me is not a big deal because I’m at my shop every day, but for some people, it is a big deal.”

Against the backdrop of Amazon worker exploitation scandals and union shutdowns, it's important for interested businesses to do their own research before partnering with the tech firm. But with 1.1 million people in the U.S. already currently working for Amazon, it appears that a growing amount of businesses are adopting the mantra ‘if you can't beat them, join them'.