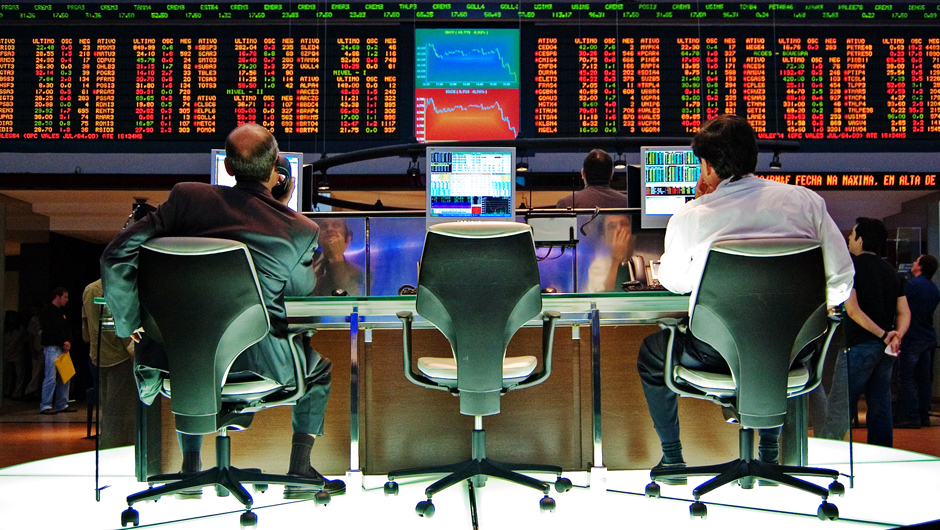 Believe it or not, there’s a company out there that combs through half a billion ratings and user reviews submitted across more than 30 million apps in the Android and iOS app stores. Why do they do this?

Well, they’ve taken it upon themselves to close the gap between mobile app developers and their customers by generating actionable insights and metrics based on what users are saying about their app experiences. Applause Analytics, the company in mention, lives for this. So much so that they instituted ARC 360 to be the research group dedicated to providing insights and data on the apps economy.

Through their ARC 360 arm Applause can effectively leverage data from a variety of sources, including proprietary Applause data, to provide a 360 degree view of app quality. That data is also combined with analysis and filtered into reports designed to help brands and developers directly.

Recently, Applause released a report where they have, according to the team, successfully analyzed the state of app quality in the US for the first time ever. To hear them tell it, the report was inspired by the founder of Crowd Companies Jeremiah Oywang’s creation called the Collaborative Economy Honeycomb (click to expand): 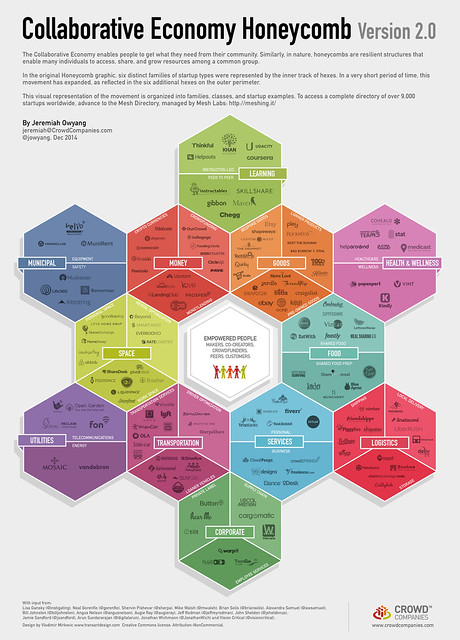 You’ll find the entire graph index created by ARC 360 further down, but here are some quick insights for you – note: everything is scored on a scale of zero to 100.

Of the apps, only eight earned quality scores of 70 or above with more than 1,000 user reviews:

Further, there were only six apps that scored an average app quality of less than 50:

So, what does this tell us about the state of app quality in the US? Well, according to the team at Applause, it “leaves much to be desired”. We’re interested to hear what you think though – feel free to comment below.

Here’s the full chart of the index Applause created for these apps: 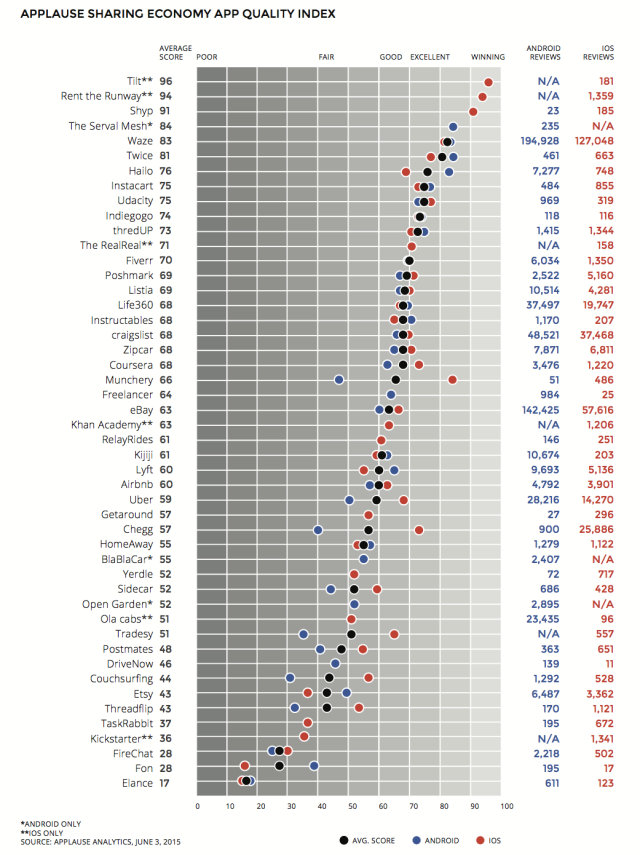 Graph is from Applause's report