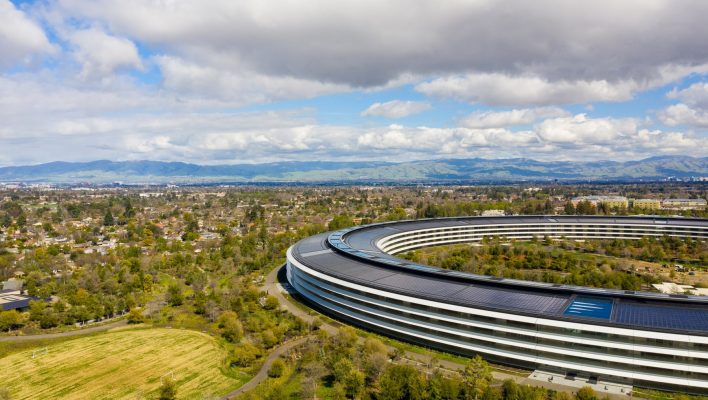 After two years of working remotely during the pandemic, a number of Apple employees are striking out against the tech firm's return-to-the-office pilot program.

The employees, who are part of the recently formed group called “Apple Together,” called out the mandate in an open letter to their company's management. They cite the tech giant's hypocritical messaging and the need for workplace flexibility among their top concerns.

The pilot, which requires workers to work on site for at least three days a week starting May 23rd, is similar to many models currently being rolled out across the country.

Apple New Pilot Calls Employees Back into the Office

It's no big secret Apple has been trying to get its workers back into the office since the pandemic began.

After government regulations forced Apple's 25,000 Bay Area workers to remain home throughout most of 2020 and 2021, the tech firm officially launched its ‘hybrid return pilot' in June of last year.

However, aside from facing immediate backlash from Apple employees, the proposal was pushed back for many months due to new Covid-19 variants and growing case numbers. Now, as the threat of the virus has largely subsided, the Silicon Valley firm is officially trialing a gradual return to the office.

“For many of you, I know that returning to the office represents a long-awaited milestone and a positive sign that we can engage more fully with the colleagues who play such an important role in our lives. For others, it may also be an unsettling change,” said Tim Cook, Apple CEO

Apple began by asking employees back in just one day a week. This then moved up to two, and as of May 23rd, members of staff will expect to be working on site at least three days a week.

Lots of Apple Employees Are Pushing Back

So, what do Apple workers make of this pilot? Well, according to members of Apple Together – the employee advocacy group that grew out of the #AppleToo movement – they aren't a fan.

In an open letter the group penned to members of management, they say that requiring workers to come to site three days a week will disproportionately impact those who are unable to relocate and pay for family care. This, they attest, could ultimately result in a “younger, whiter, more male-dominated” workforce.

Aside from the mandate's impact on diversity, the group also points to the physical, mental, and environmental impact of commuting. They explain that if called back to the office, many staff members will be required to spend up to several hours each day in transit.

“The future is about connecting when it makes sense, with people who have relevant input, no matter where they are based,” read the open letter from Apple Together

Ultimately, members of the group are calling for Apple execs to get “out of the way,” claiming that the move is motivated by a desire to exert control over the workforce.

“[The pilot program] does not recognize flexible work and is only driven by fear. Fear of the future of work, fear of worker autonomy, fear of losing control,” wrote the group.

And these beliefs aren't just held by members of Apple Together. According to a survey of 652 Apple employees conducted by the social network Blind, 67% of workers are dissatisfied with Apple's return to office policy.

The workforce isn't just going to take the news sitting down, either. Shockingly, the survey revealed that a further 56% of employees are actively looking to leave the company in response to its hybrid working plan.

While it's unclear how likely workers are to follow through with this decision, these findings emphasize how strongly staff members feel about maintaining flexible conditions.

Is This Disdain Widespread?

The reactions of current Apple employees are damming. But do all workers feel the same way?

According to a recent survey by Advanced Workplace Associates, these attitudes are fairly widespread. The findings reveal that only 8% of white-collar workers in the U.S. would like to return to the office five days a week, with 86% wanting to work remotely for at least two.

A recent article by Bloomberg also points out that even for employees returning to the office, many are required to sit through video calls during meetings. The frustration is summed up by Maddi Perkins, a 26-year-old who works in finance, who explains “With my team, not all of us go into the office on the same days so if we have a meeting, it’s going to be on Zoom, which is annoying.”

With flexible forms of working not going away anytime soon, the need for effective collaborations tools has never been stronger. So, whether you're welcoming employees back into the office or managing hybrid or remote teams, check out our top conference call services here.