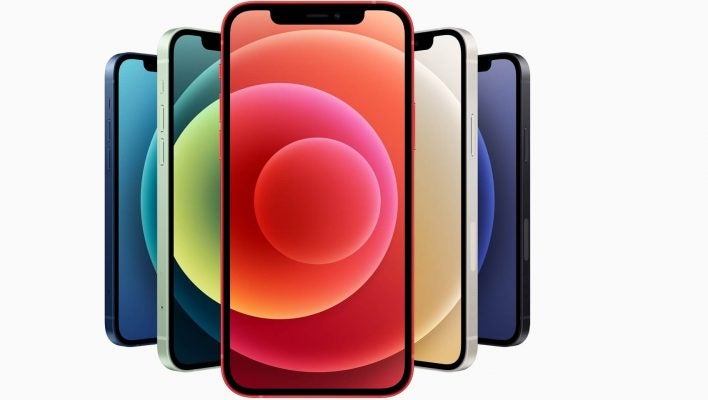 Plus, the new HomePod Mini was revealed, available for order by November 6th for a mere $99.

Here are all the products announced today, complete with key specs.

You'll get higher network speeds no matter where you are, while protecting your security by helping you avoid unsecured hotspots. Verizon's 5G network will deliver 4Gb download speeds and 200Mbps upload speeds to Apple devices when under perfect conditions.

The network is rolling out to “many” NFL stadiums across the season, as well as plenty of other locations across the nation, doubling coverage in New York and Los Angeles while coming to other major cities for the first time.

The new iPhone 12's 6.1-inch display may mean that it looks like the iPhone XR at first glance, but the flagship phone has plenty of quality upgrades.

The iPhone 12's A14 Bionic chip is the fastest chip ever in a smartphone, and the first one built on Apple's 5nm process technology, with 11.8 billion transistors (almost 40 percent up from the A13). Machine learning is boosted, thanks to an 80% faster 16-core neural engine and a 70% faster ML accelerator.

Corning's new material for the iPhone, ceramic shield, is tougher than any smartphone glass, according to Apple, with four times the drop performance, aka the likelihood of handling a drop without breaking. The display quality hasn't suffered: The Super Retina XDR display has a peak brightness of 1200 nits, the highest yet. Visually, well, it looks great, but also exactly like you'd expect an iPhone to look — Apple isn't known to fix anything that isn't broken.

Here are the core specs.

The iPhone 12 starts at just $799. That price tag makes this brand new phone one of the cheapest iPhones in the main lineup since 2017's iPhone 8. It's a shift in how Apple is positioning its main phone line: They seem to have hit the limit of their core audience's pocketbooks.

It's available in black, white, blue, red, and green, and can be ordered starting this Friday, October 16, shipping a week later on October 23.

A new dual-camera system is another big plus for the iPhone 12. It offers a 12MP ultra-wide with and 120-degree field of view, and the 12MP wide camera with a f/1.6 aperture.

Night mode is improved as well, and will be available on all of the iPhone 12's cameras, a first for the iPhone. A new time-lapse feature in night mode got a cool demo and looks great.

Granted, it's a bit of a cliche that every new iPhone's photos and video are the best yet, but the claim holds true of the iPhone 12 as well.

League of Legends: Wild Rift got a demo on the iPhone 12, as it's coming to the iOS for the first time and makes for a great showcase of the phone's impressively smooth responsiveness. 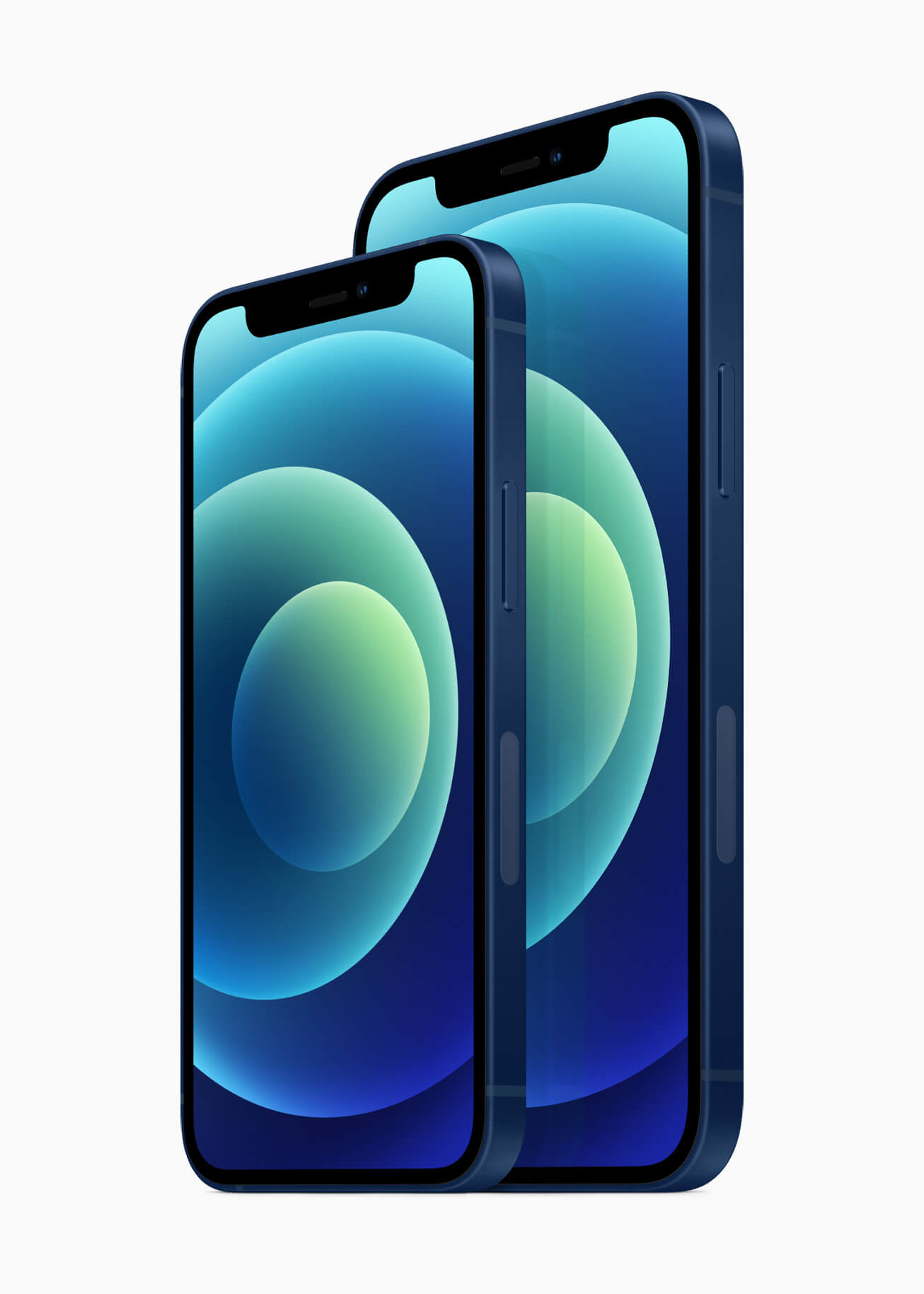 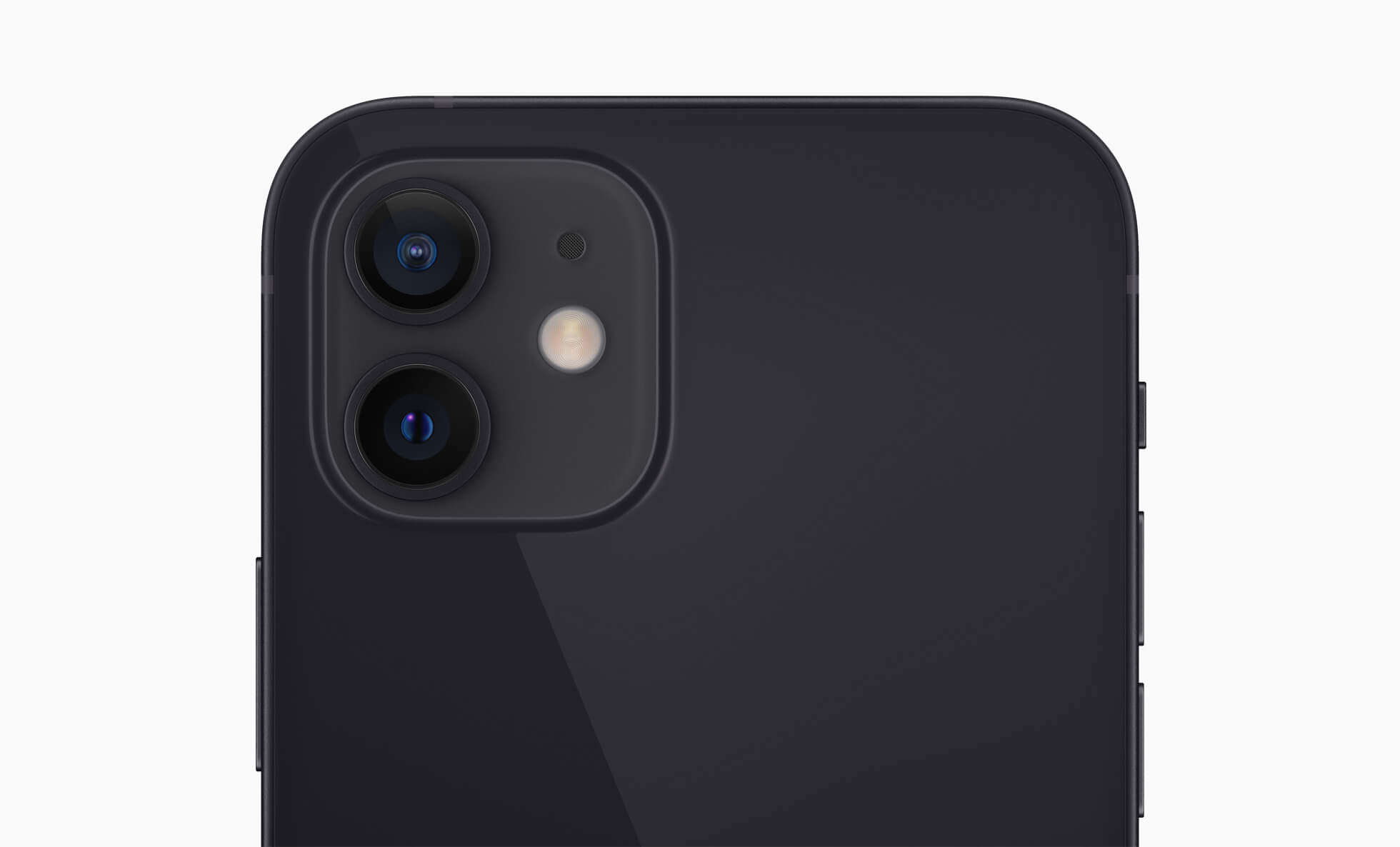 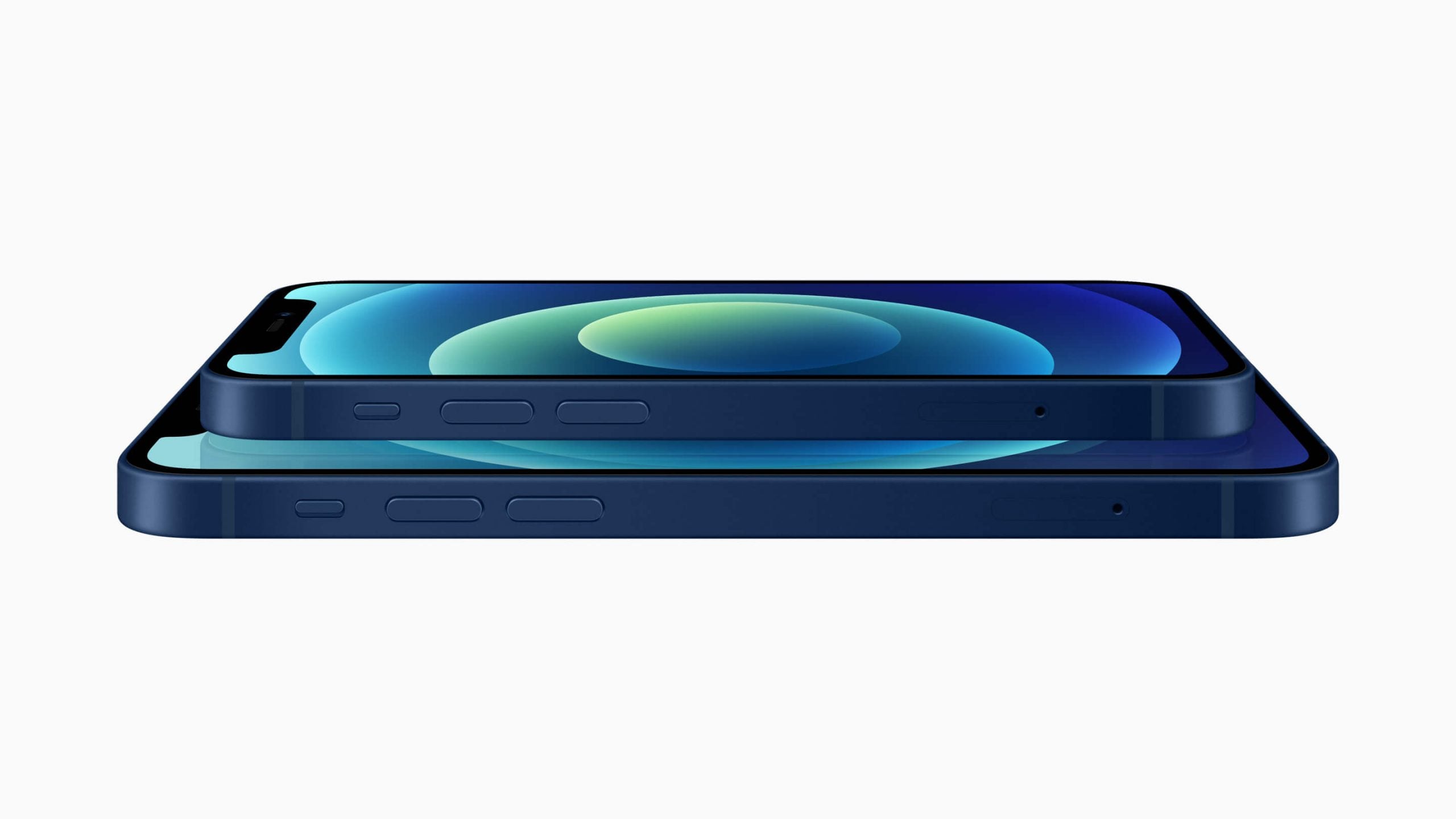 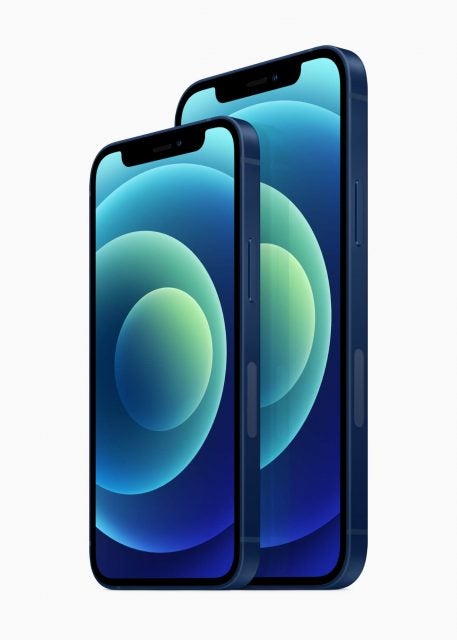 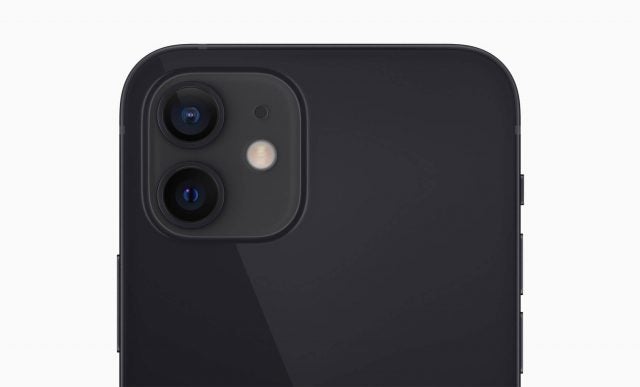 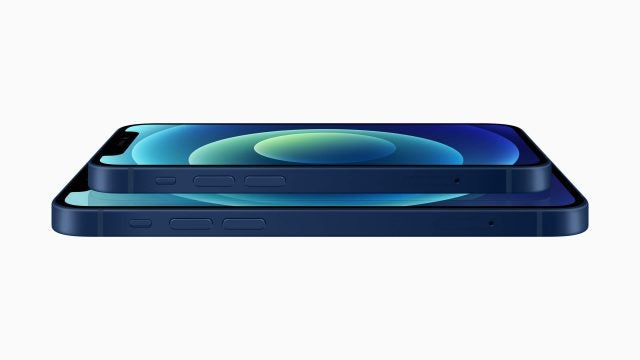 Apple's MagSafe system uses magnets to ensure that a phone can be charged as efficiently as possible while still remaining wireless. It'll be available for iPhone 12, with a round circle of a charger snaps onto the back of your iPhone.

MagSafe Charger and MagSafe Duo Charger can be used with iPhones and Apple Watches. Users can also get compatible accessories like silicone, leather, and clear cases as well as a leather wallet.

Apple is committing to a net-zero climate impact by 2030, a promise that covers their manufacturing supply chain and product life cycles.

They've cut 2 million metric tons of emissions annually, which certainly sounds great, even while there's no limit on the level of environmental impact that we need to cut back (and despite some modifications, Apple isn't fully upending its recycling program, which remains a concern). 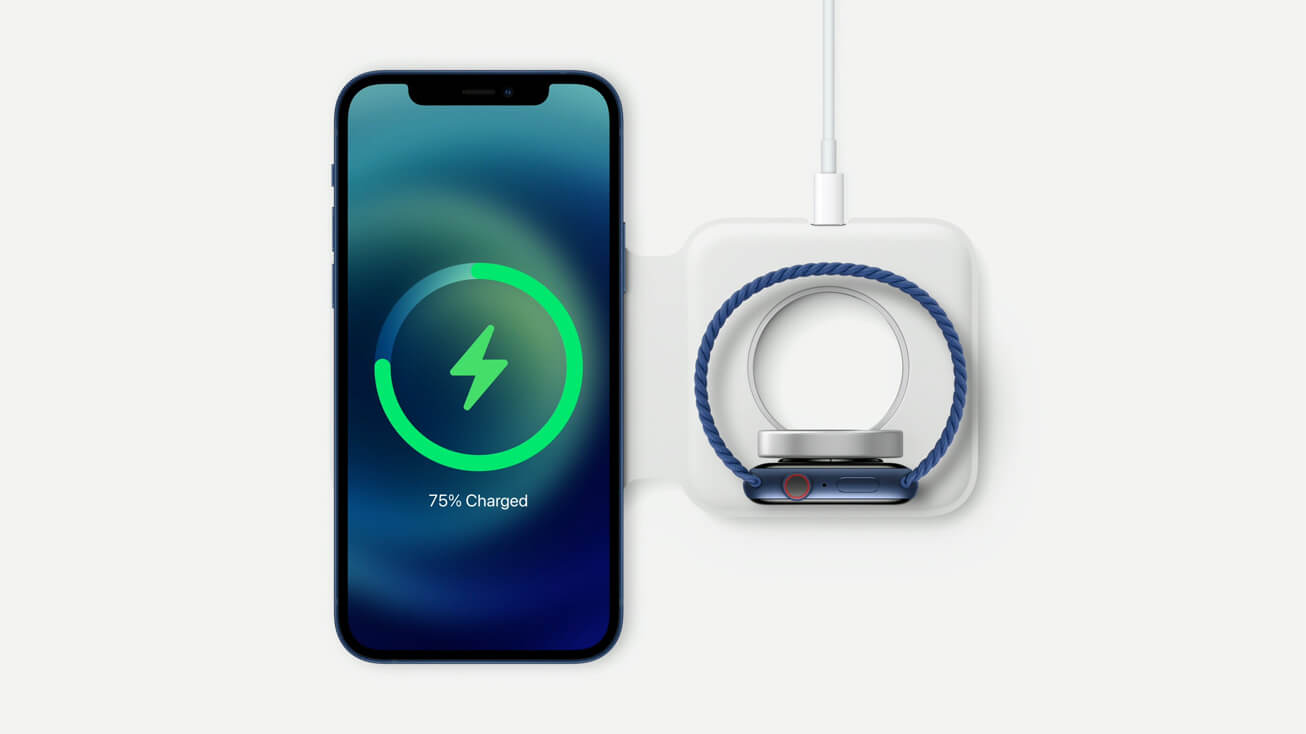 The second phone in Apple's iPhone 12 family is the Mini, which offers many of the iPhone 12's new features and power within a 5.4-inch screen. It's a new move from Apple, but a welcome one for anyone who has struggled to wrap their hand around Apple's larger and larger phones in recent years.

Here are the top features to know. Every single one also applies to the iPhone 12 aside from the display size, in case you want a refresher:

The iPhone 12 Mini's price starts at $699, which makes the Mini only a little cheaper than the $799 iPhone 12. In other words, the cost probably won't be a huge factor in whether you'd like to buy one.

The big deciding factor will be the size of smartphone that you want: Apple has been consistently criticized for half a decade for its habit of designing smartphones that are too large for the average person's hand, and if nothing else, the new iPhone 12 Mini should help accommodate a larger range of hand sizes.

The Mini ships a little later than the iPhone 12, too: Preorders start on November 6 and it ships November 13. 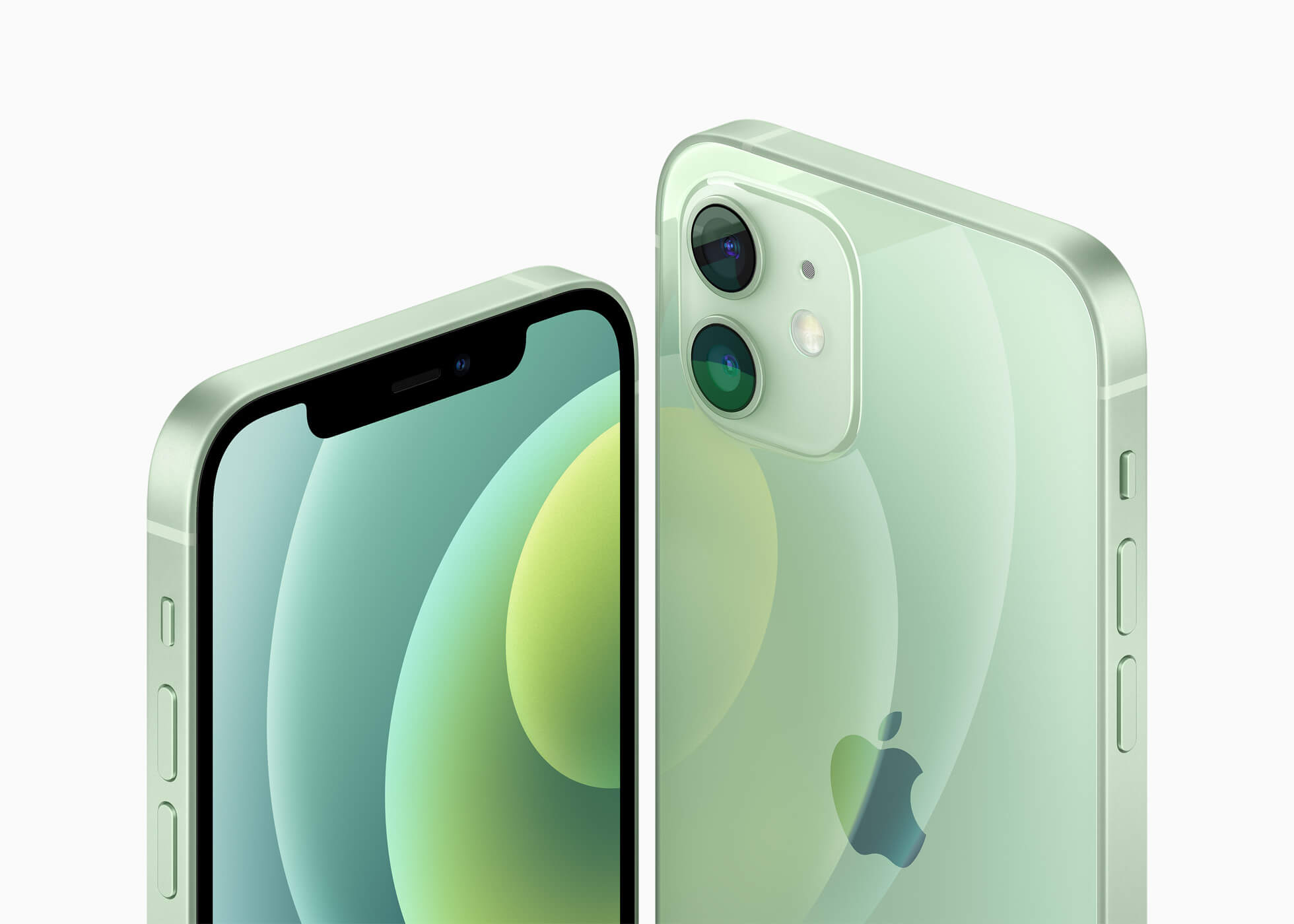 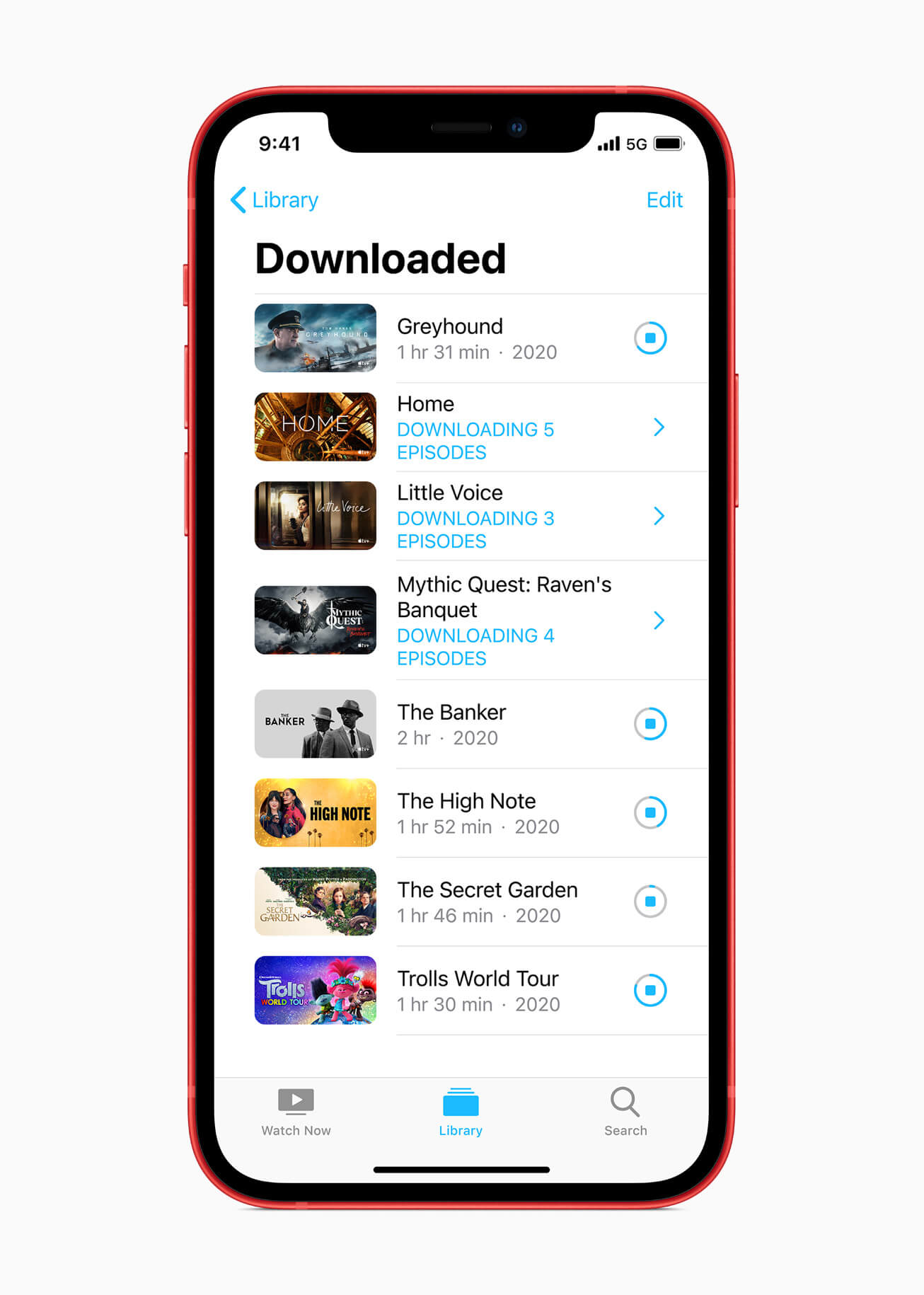 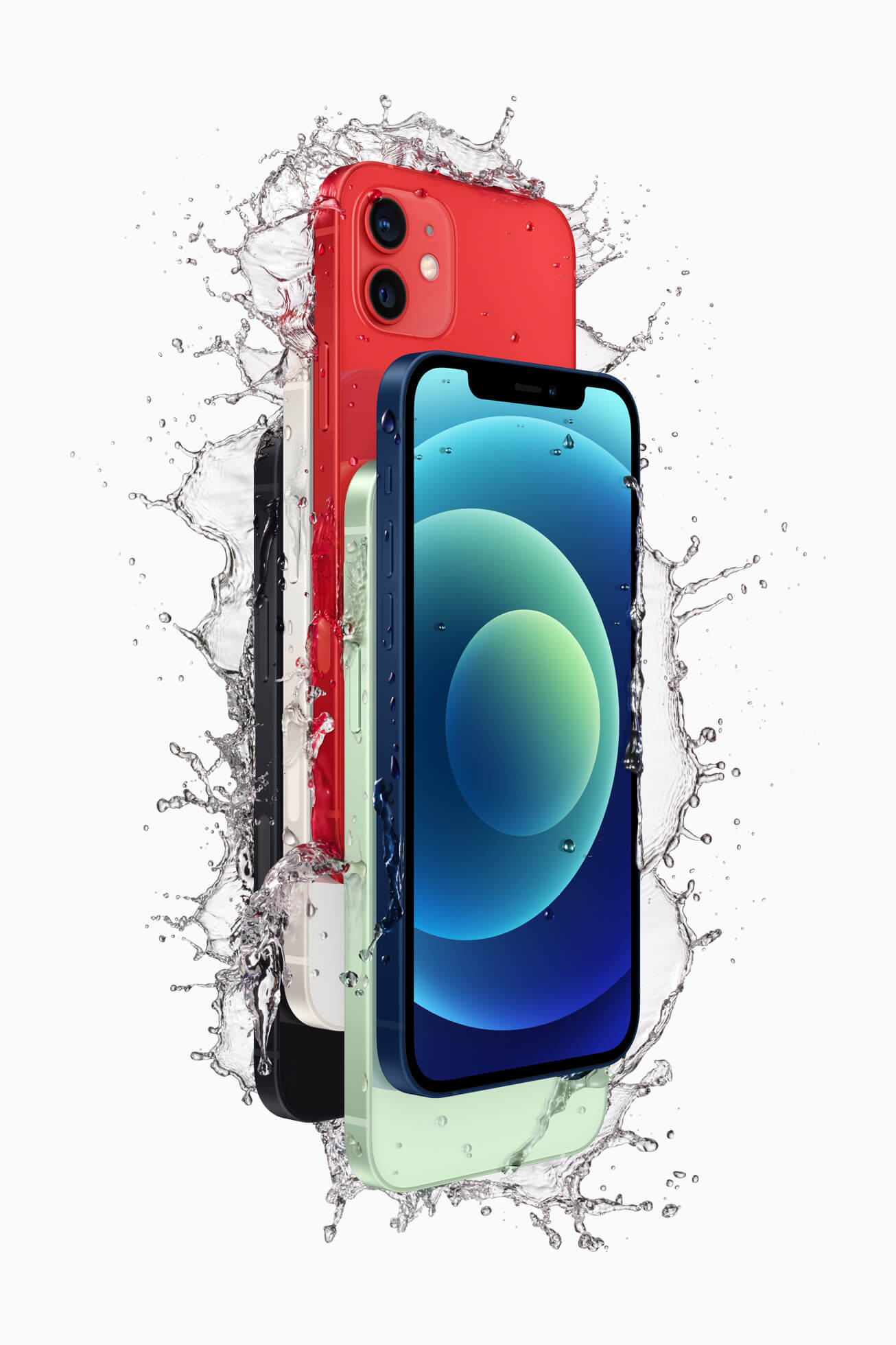 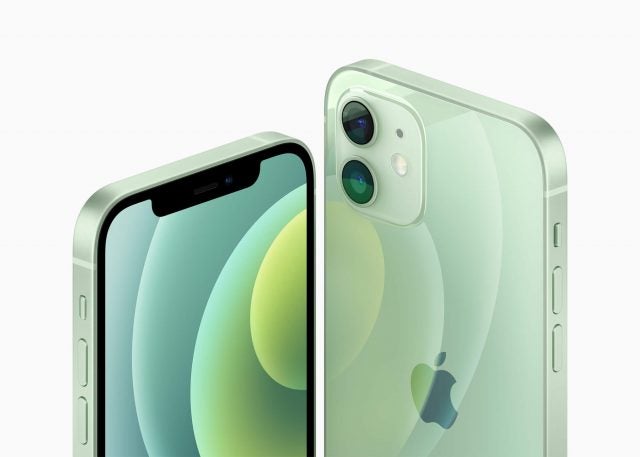 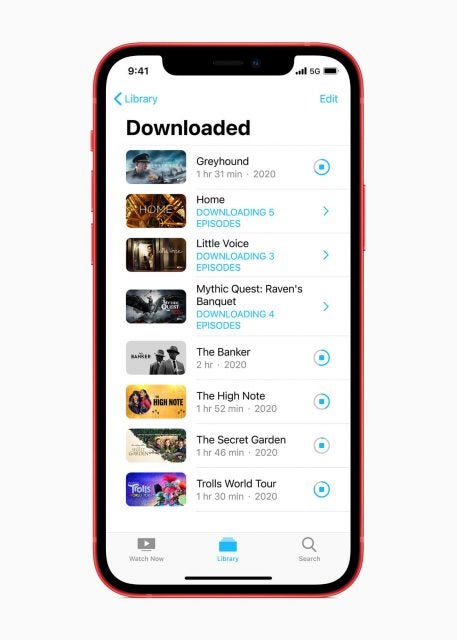 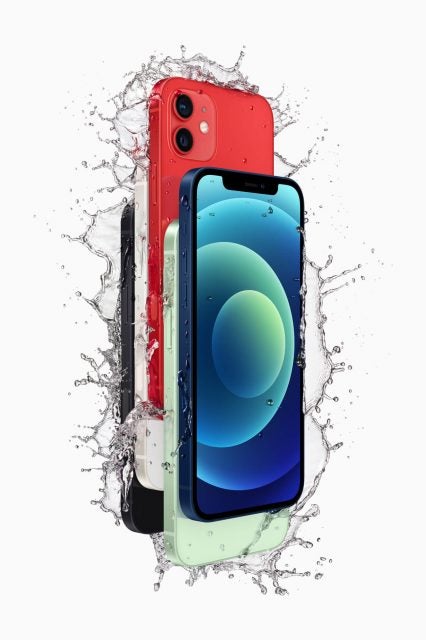 Apple's high-end iPhone 12 phones are the Pro and the Pro Max. They offer some of the same improvements as the other iPhone 12 models, such as the A14 Bionic processor and the ceramic shield material, but add professional camera systems that include the new LiDAR Scanner to measure light distance and capture pixel depth data for better AR effects and Night Mode. The Pro and the Pro Max both support sub-6GHz and mmWave 5G.

The 6.1-inch display is noticeably larger than the previous Pro model's 5.8-inch screen. Here's the full list of core specs:

It starts at $999, available in gray, stainless steel, gold, and a new Pacific Blue color. The iPhone 12 Pro orders start October 16, and it ships on October 23. 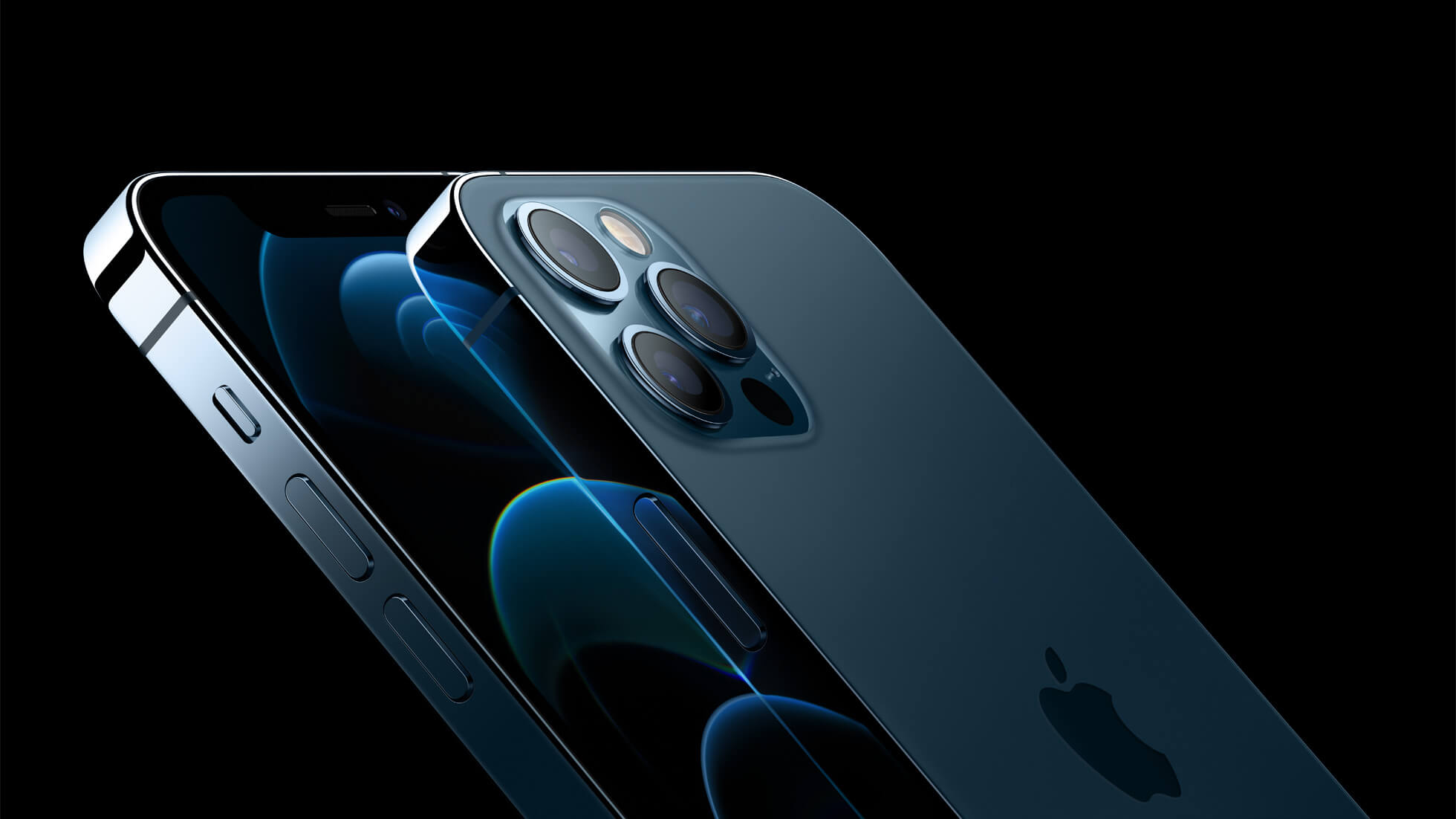 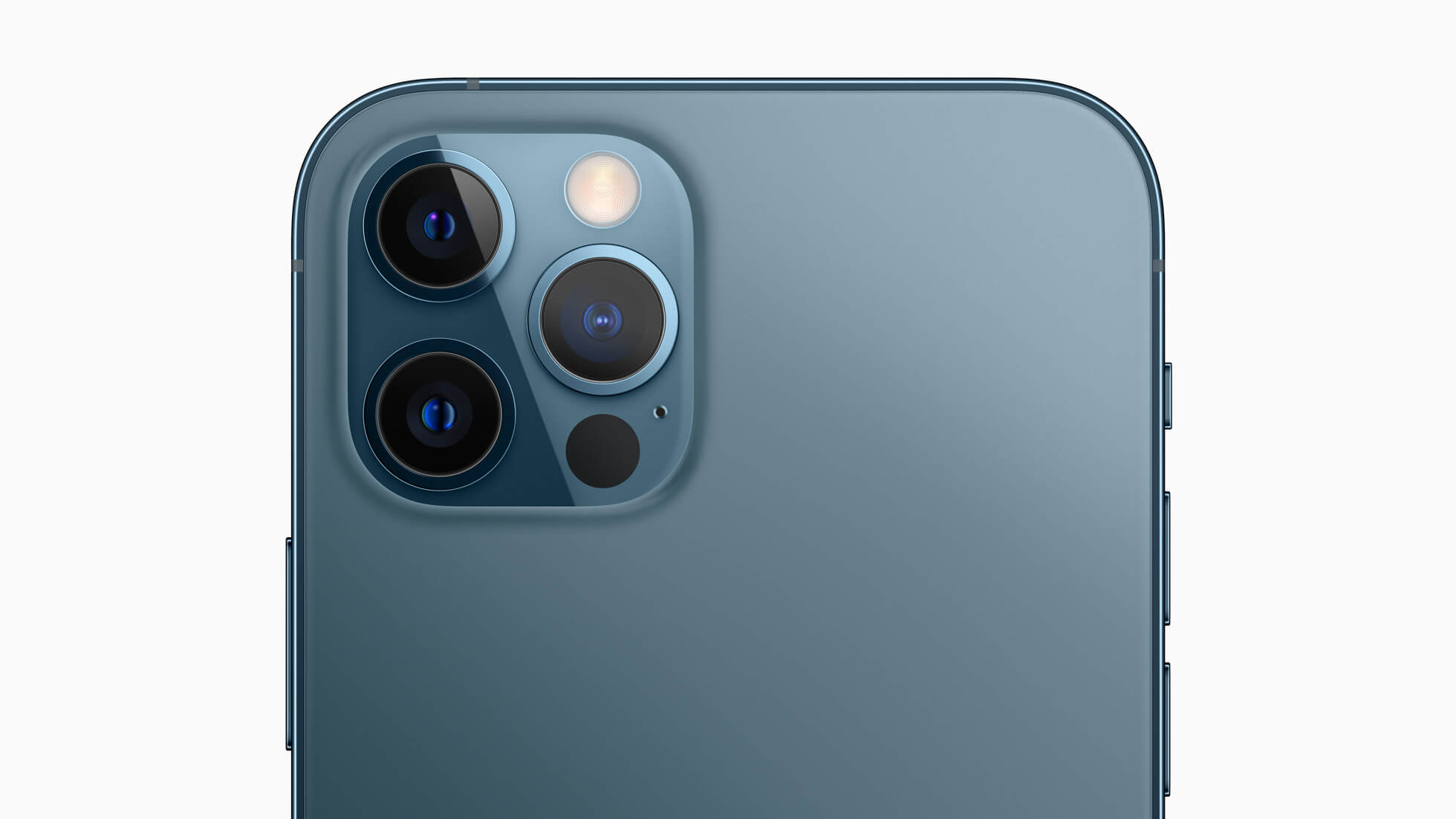 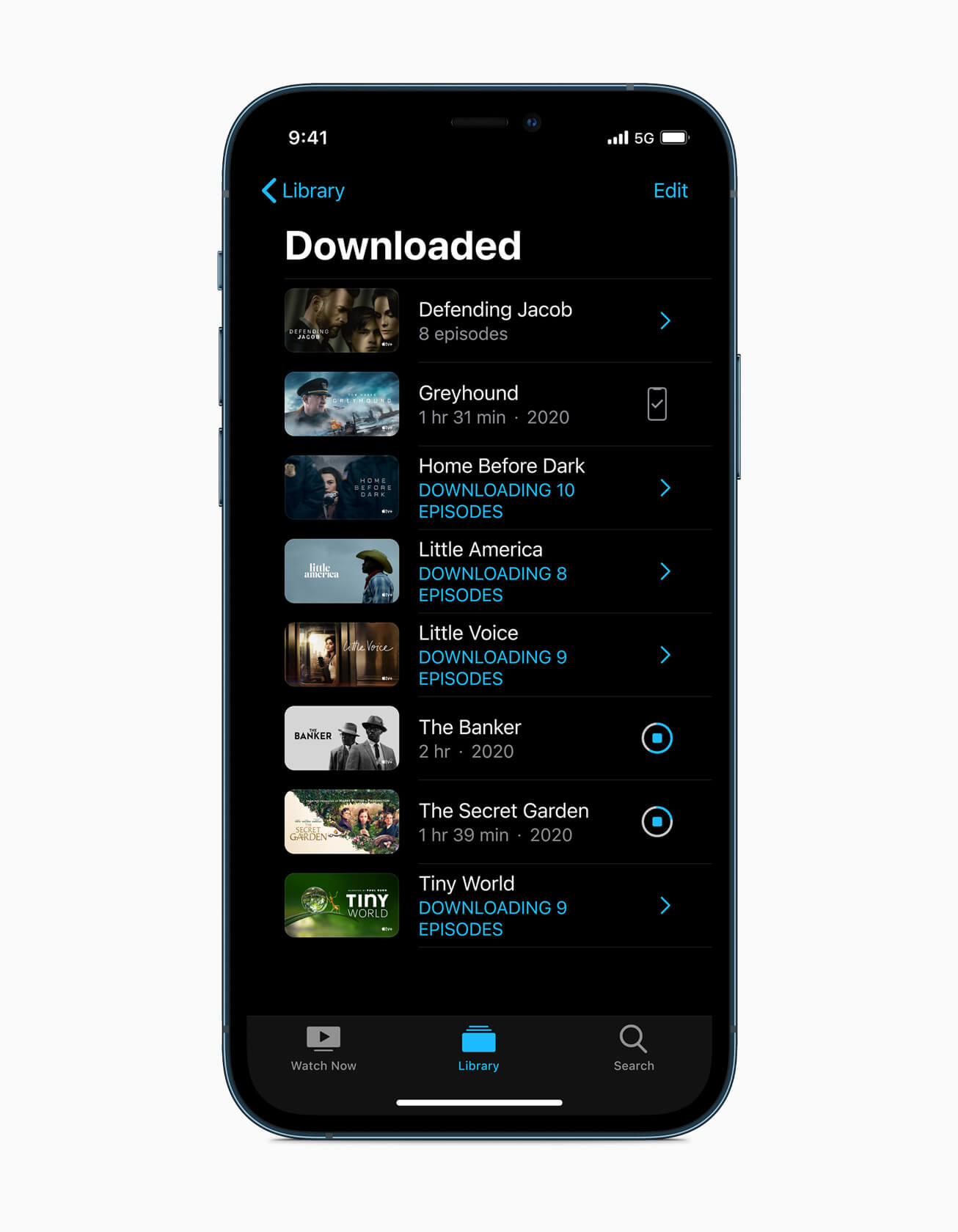 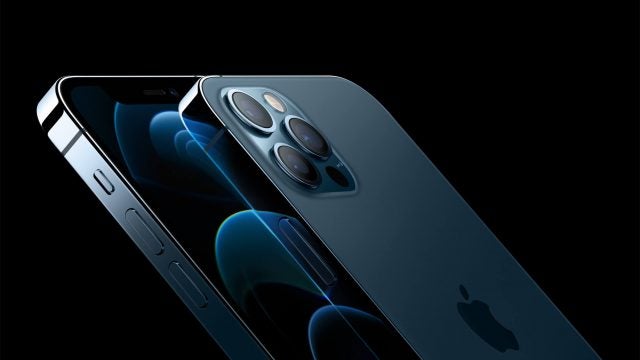 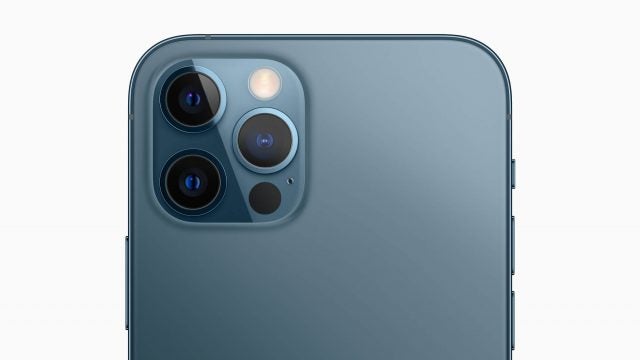 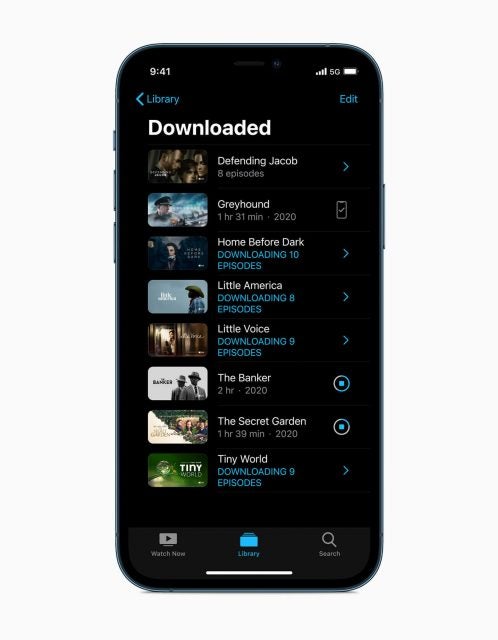 The iPhone 12's ceramic shield is also available on the Pro, along with the A14 Bionic chip and 5G support. The cameras are improved, though, making the Pro Max the “photographer's phone” according to the Apple event.

The 6.7-inch Pro Max model also boasts the biggest Super Retina XDR display ever seen on an iPhone in addition to the best cameras: The focal on the telephoto lens is 65mm, up from the Pro's 52mm. In other words, if you want the best iPhone camera out there, you really need to have some huge hands. (Okay, maybe Apple isn't making quite as much progress with accommodating the tiny-handed among us as I first thought).

The MagSafe charger is also supported, and, like the Pro, this device is in four finishes, including Pacific Blue.

Here are the core specs for the Pro Max:

It starts at $1099, which certainly isn't cheap even if it is lower than Apple's highest priced pro phones from years past. The Pro Max ships on November 13th, with preorders starting November 6. 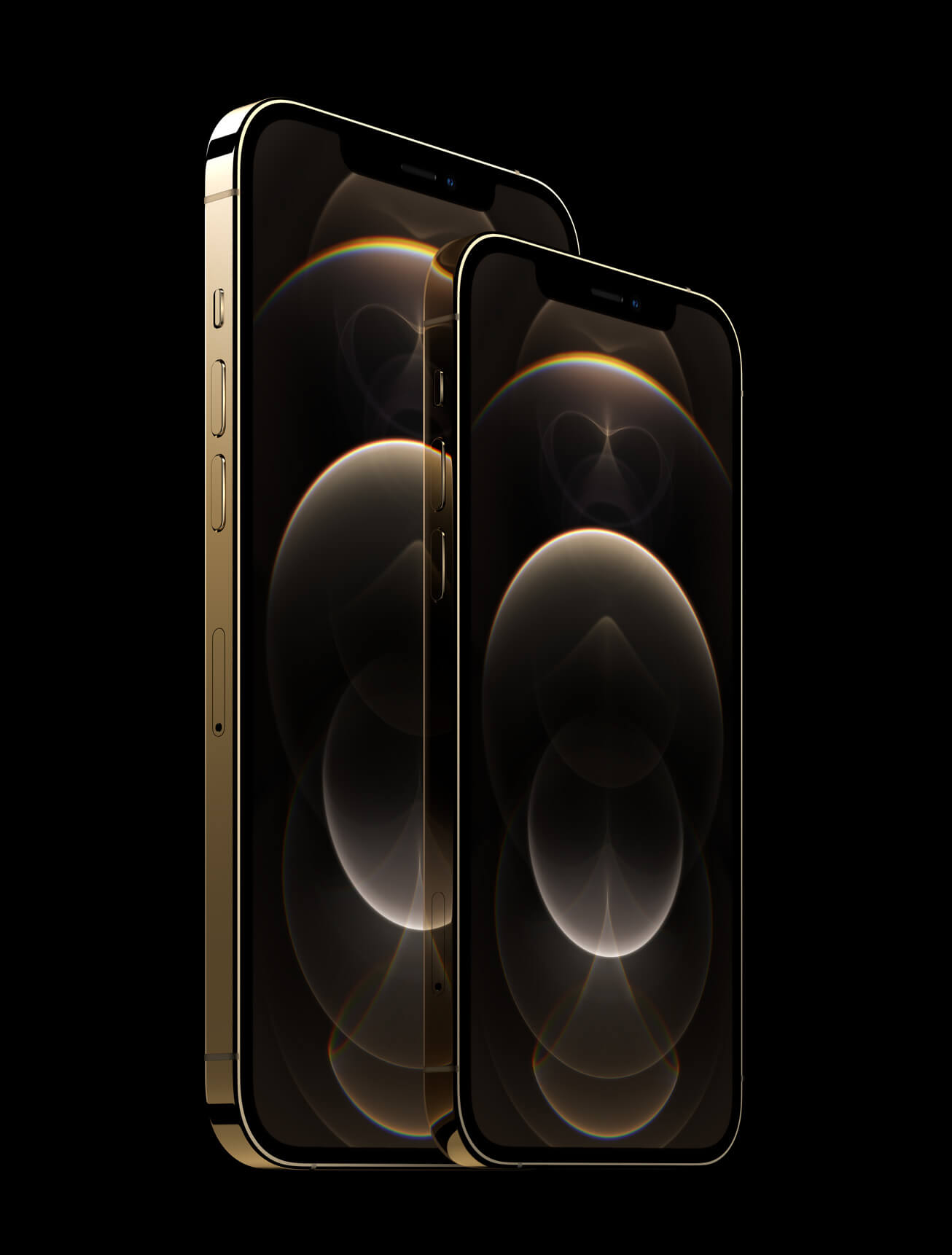 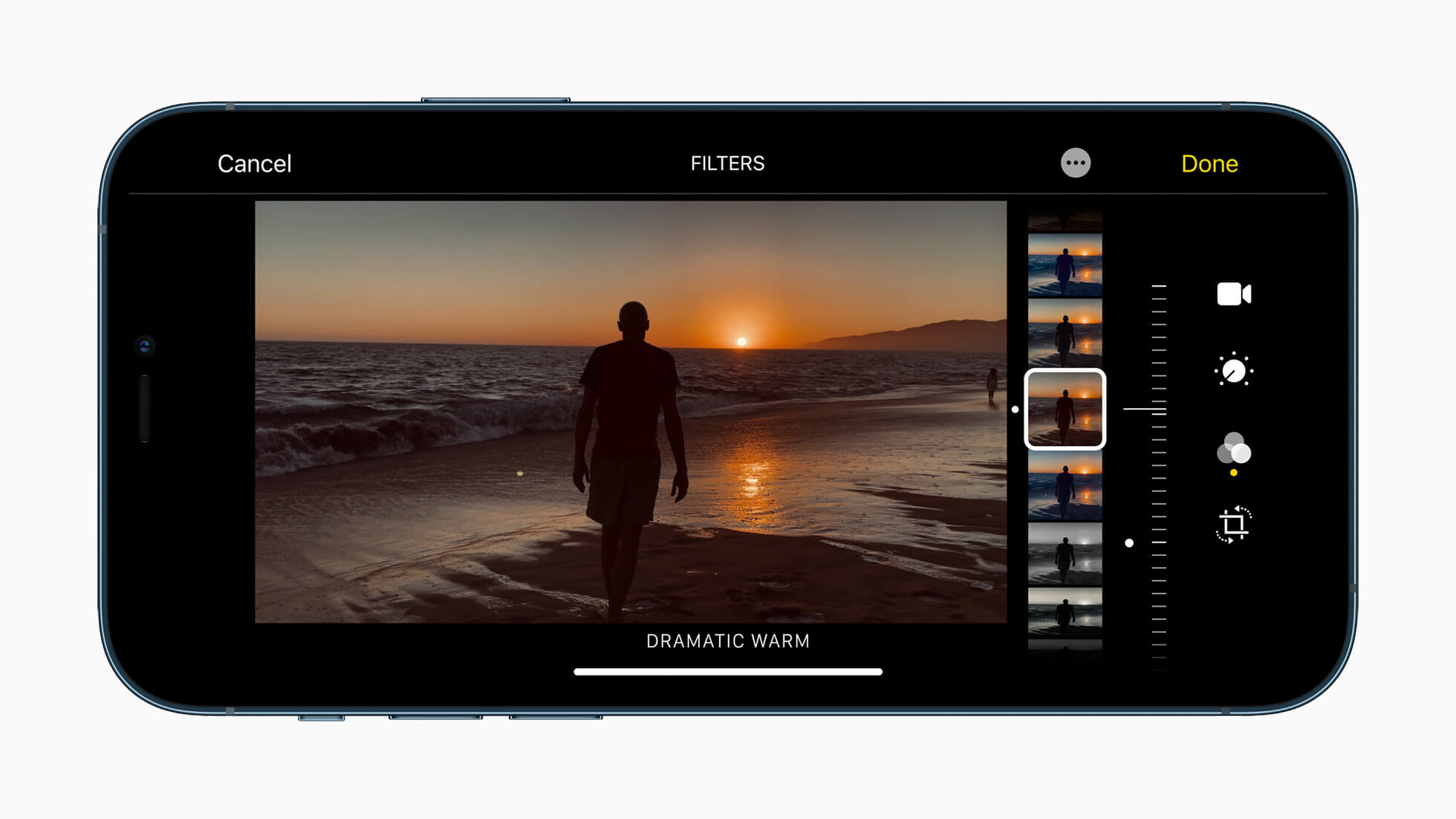 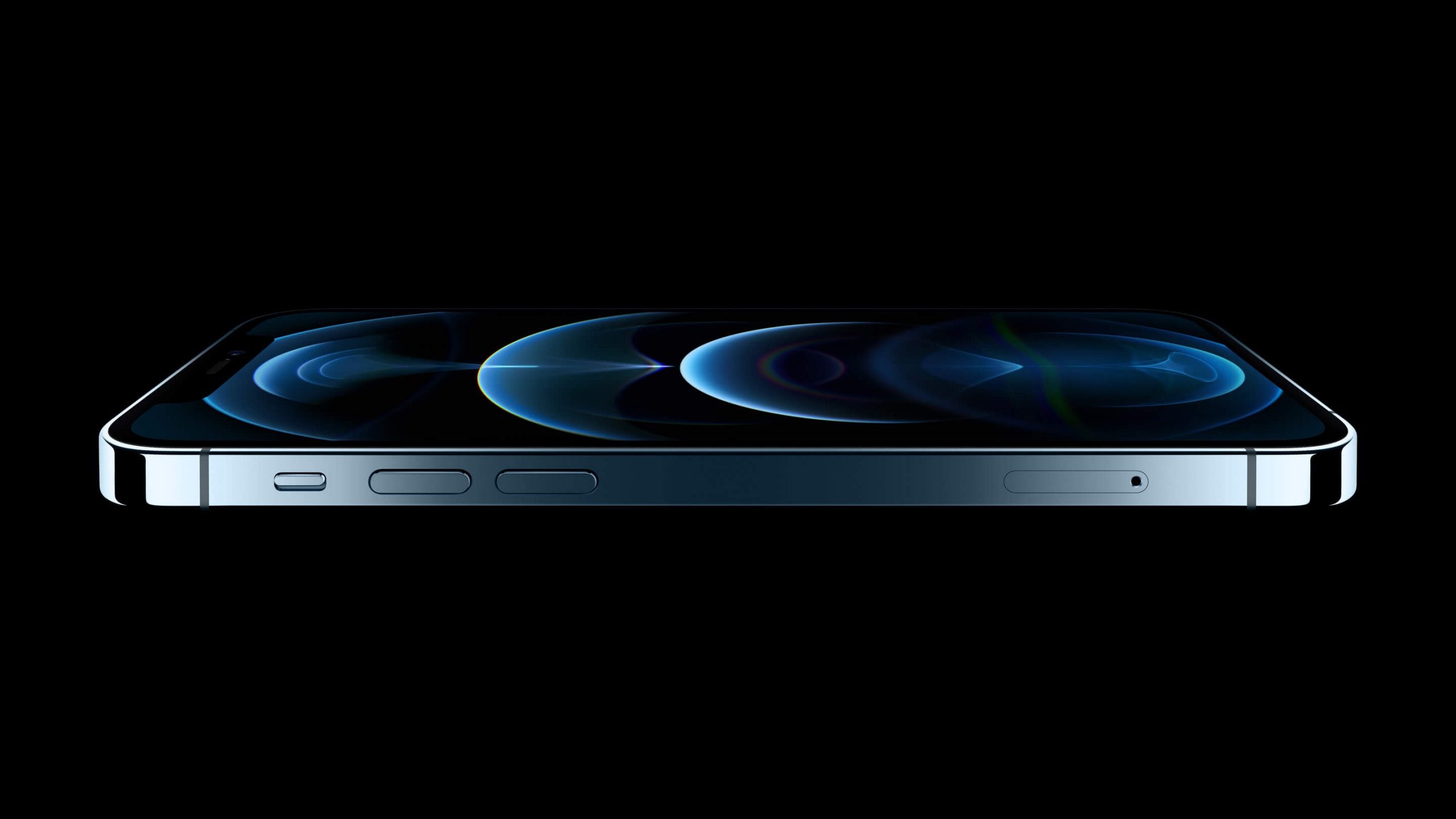 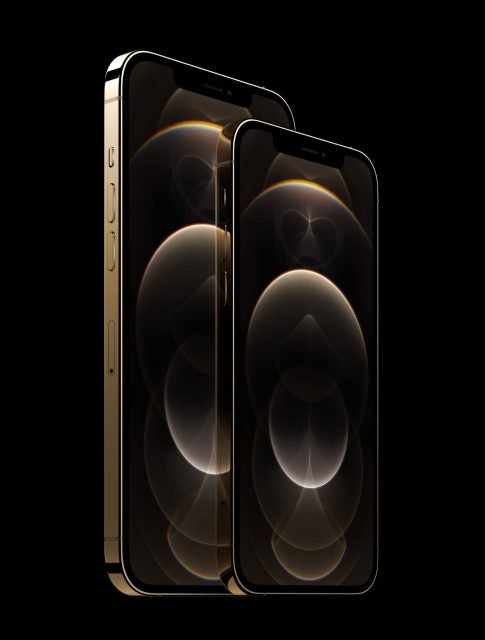 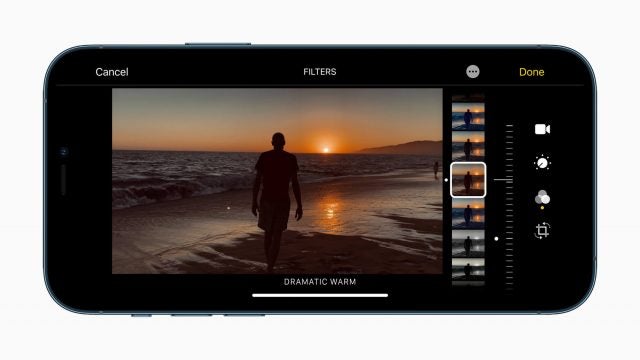 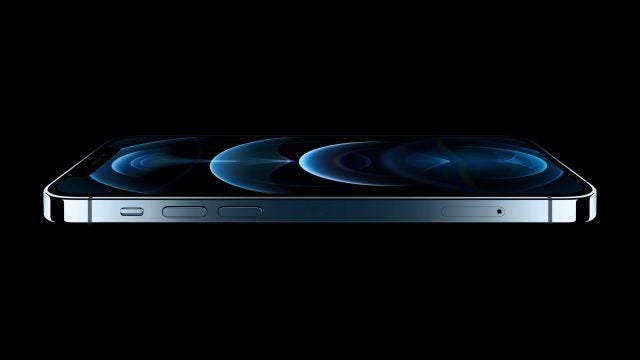 The HomePod Mini was honestly the least exciting product of the event. It adds some new features and abilities, but doesn't shake up the smart home model. Granted, it's still impressive, with some fun perks, like a stereo pair feature that lets owners use two Minis for a surround-sound experience.

Apple has announced that the HomePod Mini works with Apple Music, podcasts, iHeartRadio, radio.com, and TuneIn — which sure is a roundabout way of admitting that it won't be able to play Spotify.

Here are the HomePod Mini's main specs and details:

Siri works on the device, of course, and includes some perks like verbal shortcuts — for instance, saying “what's my update,” will trigger Siri to list the essentials of your day including weather reports, calendar agendas, and any reminders or alerts. 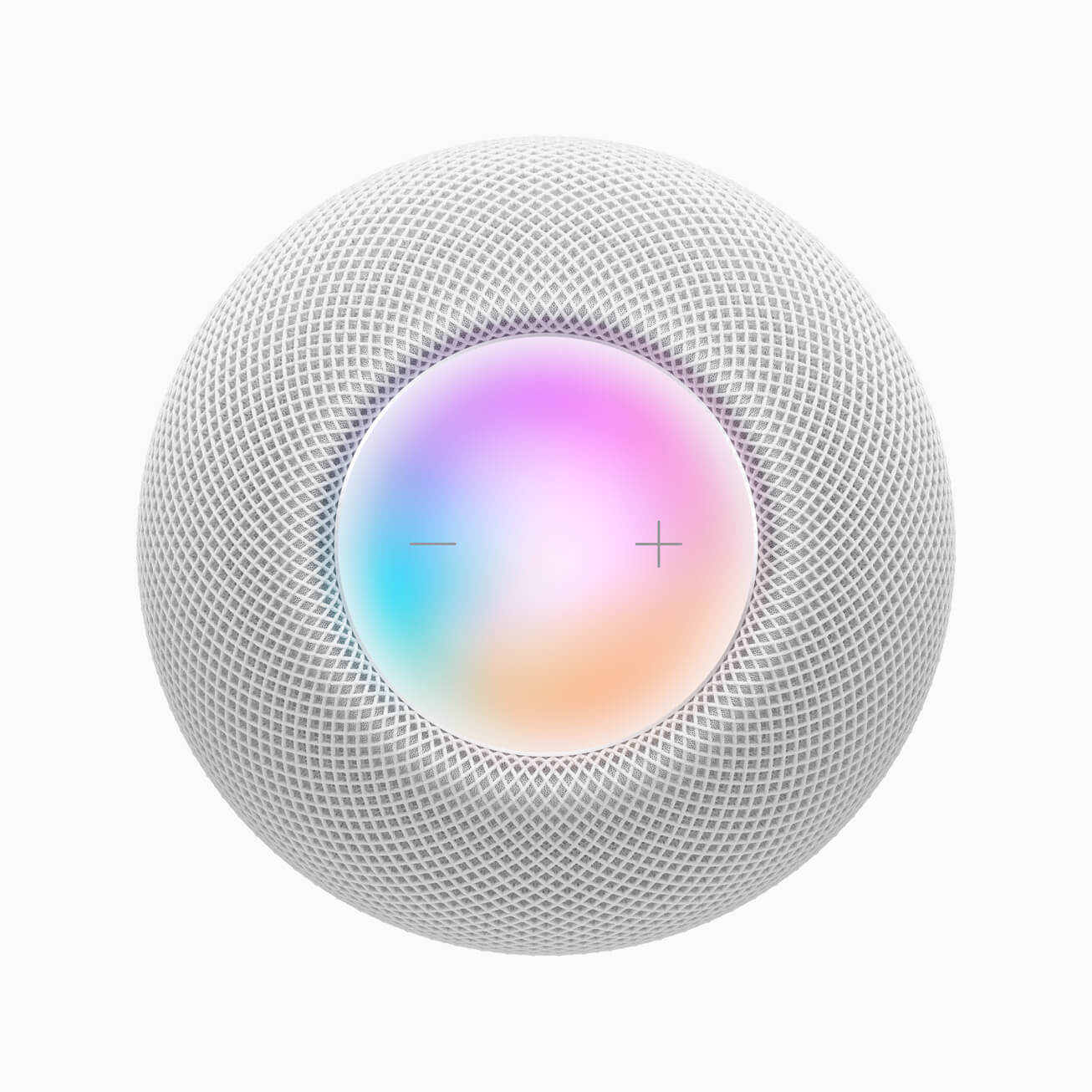