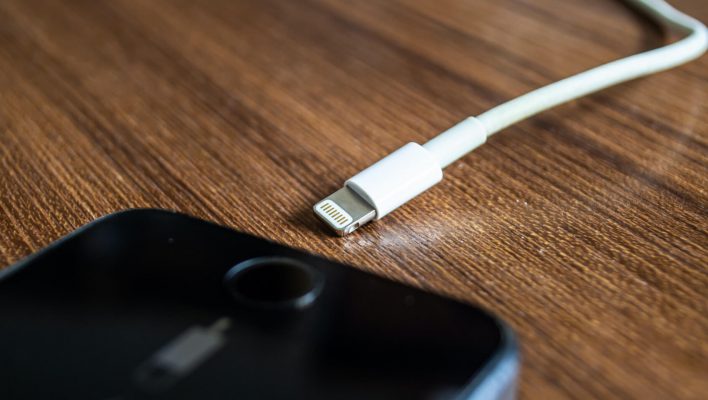 Despite the desires of every smartphone user in the world, Apple is pushing back on calls from the EU for the tech giant to adopt a universal charging port policy, which would do away with the Lightning port.

The insanity of charging cables has a long and storied history. A mere ten years ago, there were 30 different charging cables and ports on the market, an undeniable nightmare for anyone with more than one device that wasn't fiercely loyal to a single brand.

Now, in 2020, we're down to only three — USB-C, Lightning, and micro-USB — with the outdated micro-USB decidedly on its way out. And, if an EU ban goes into effect, we could finally be down to one.

The ultimate goal of reaching charging cable uniformity is far from new. The EU in particular has been adamant about achieving this goal, as outdated cables account for more than 50,000 tons of waste per year. This level of waste is particularly troubling given the status of climate change discussions across the globe, and the EU agrees.

“This is hugely detrimental for the environment,” said Alex Agius Saliba, a European Parliament member.

Considering the Lightning port is nothing more than the product of a loophole that allowed Apple to build its own cable as long as they provided adapters, it's safe to say phasing it out was inevitable. Still, Apple isn't happy about it, and you know a statement on the matter was going to be far from agreeable.

Regulation is a four letter word when it comes to the tech industry, and this sweeping ban would affect a lot of iPhone users around the world. So, as you'd expect, Apple was ready to respond.

“Legislation would have a direct negative impact by disrupting the hundreds of millions of active devices and accessories used by our European customers and even more Apple customers worldwide, creating an unprecedented volume of electronic waste and greatly inconveniencing users,” said an Apple spokesperson, according to the Sun.

The spokesperson went on to say that the EU's previous intervention in the cables market nearly “restricted the advancement to Lightning and USB Type-C,” but instead, the EU opted to “establish a voluntary, industry standards-based approach” that led to the nearly perfect scenario of only two charging cables.

Not exactly a flawless argument, but Apple has indeed improved device charging capabilities substantially in the last few years, and it's hard to argue that it's not because of the competition between USB-C and Lightning. But at this point in history, does Apple owe more to users than just a competitive market when it comes to cables?

The Responsibility of Apple

The reality is that USB-C is the new standard, whether Apple likes it or not, and any delay at this point is just making things worse. If you think ditching the Lightning port now is going to cause unprecedented waste, how is pushing the problem off a few more years going to make it any more precedented? After all, Apple already uses USB-C in a lot of its devices, so seriously, what's the hold up?

“It's becoming increasingly difficult to understand why Apple insists on using the Lighting port, when the industry is standardizing around USB-C, and Apple itself has numerous devices that use USB-C,” said Ben Wood, an analyst at the CCS Insight consultancy, to the BBC.

The two-party battle between Android and Apple has been a doozy, and it's not out of the norm as far as the tech industry is concerned. Competition is healthy and making it harder for consumers to switch sides is part of the game plan. Unfortunately, Apple is sticking to it even now that it doesn't make sense to do so anymore.

Do cables and ports have to adhere to the cutthroat nature of the tech industry, or can we all just hold hands and bask in the glory of a universal port? Just the idea of only having to worry about a single cable sends goosebumps up my arm, and I know I'm not alone. If Apple truly wants to ride its Lightning port off into the sunset, that's fine, but the company better realize that they're doing it at the expense of a more cohesive world.