Apple could be releasing as many as seven new iPad models this year, according to filings made with the Eurasian Economic Commission. While details are scant, it looks as though the company is ramping up its tablet offerings, and could well be adding new models to the line-up to live alongside the 9.7, Mini, Air and Pro models.

The latest filings, found this week, reveal details of two new models, which join the five that were discovered earlier in the month. The information gleamed from the ECC listings doesn't give much away, but do provide us with an insight into what we can expect from Apple.

We pick apart the details and see what they can tell us.

Honestly, not much. As you'd expect, the new models are listed by model numbers that don't give much away (A2200 & A2232), joining five other models that were filed earlier in the month (A2197, A2228, A2068, A2198, and A2230). Sadly, these numbers alone don't tell us what sort of models we're looking at, but we can at least confirm that they are iPads, thanks to references to the iPadOS software in the listings.

So what will these seven models consist of? Well, an updated version of the classic 9.7-inch iPad seems a shoe-in, as well as revisions of the Mini, Pro 11-inch and 12.5-inch and Air models. With five distinct iPad models currently available though, it does raise the question of just what the two remaining models could be. A Pro Mini? A larger Air? Or perhaps something even more unexpected like a tablet/laptop hybrid.

Speculation is rife that Apple will be enlarging the 9.7-inch iPad to 10.2-inches, which isn't too much of a stretch given that the iPad Pro models have been slowly getting more screen real estate thanks a receding bezel. 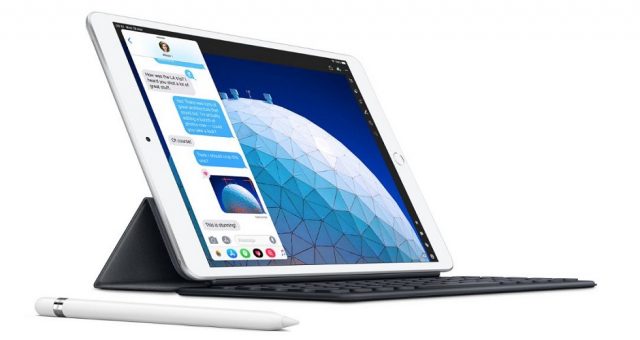 Which iPad Should You Get?

What iPad Features Can we Expect?

To deduce what features are to be expected in the line-up of the latest iPads, look to the iPad Pro. Apple has a trickle down approach to improvements with its tablets – the premium models gets all the latest features first, and the others follow a year or two later. Potentially, that could mean that the Air, 9.7-inch and Mini could have their Lightning ports replaced with USB-C. Not only will this make it easier to connect other devices to your iPad, but it could also charge them, a function which is currently Pro exclusive.

Then there's the processors – we can expect a performance boost across all new iPads, which means new chips. At the top end, the Pro models are currently sporting the A12x chip, so it wouldn't be too shocking to see the Air get a leg-up from its current A12 to the A12x. The 9.7-inch model, with its A10 processor, could also do with a little upgrade too, frankly.

Not sure which iPad to opt for? Read our detailed iPad guide

When Will the New iPads Launch?

According to AppleInsider, Apple will be starting mass production of iPads and MacBooks in July, which, would fit in with the typical October/November release window.

Price-wise, we wouldn't expect any major surprises – Apple is fairly consistent when it comes to iPads, and we'd expect the standard iPad to maintain its $329 price tag, and the Mini its $399, and so on. However, when the new 2019 models are introduced, it could prove a good opportunity to pick up the older models at a reduced price.

One things for sure, as the release date draws closer, more details are bound to leak – we'll keep you up to date here on Tech.co.