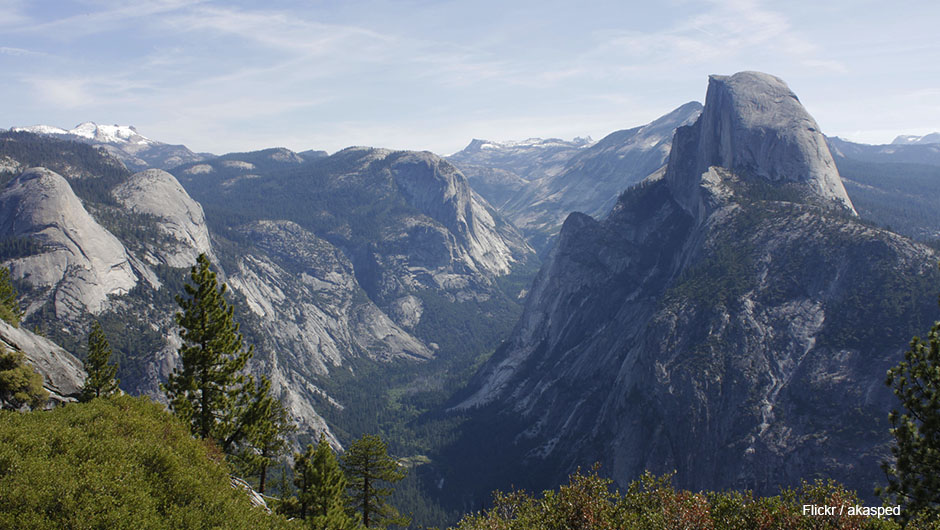 It’s been a good year for Yosemite National Park. After the world’s richest tech company decided to name its premier operating system “OS X Yosemite”, it sent a wave of free advertising that the historic mountain range. The data seems to show that this simple, gracious branding strategy had a meaningful impact on one of America’s most cherished national parks.

Google searches (above) spiked in June of last year after Apple’s initial announcement and then skyrocketed after the Yosemite operating system was released to the public last October.

But, Google search traffic could be misleading; perhaps folks were just looking for how to install the new operating system.

So, we asked Hotels.com to pull search data volume for The Ferenstein Wire, and, indeed, they found that the operating system announcement correlated with a noticeable uptick in netizens looking to stay in hotels at the park. Compared to the week before the launch in 2014, Hotels.com saw a 21% spike in hotel searches around Yosemite National Park and there’s been a 54 percent uptick from August 2013 to August 2014 (below).

There’s also been a global worldwide surge in general interest in the park. Wikipedia traffic for the Yosemite National Park saw a massive uptick the day after the apple announcement on June 2nd, 2014, according to a public database of Wikipedia traffic stats.

There’s been a general decline in interest in the Yosemite National Parks Wikipedia article, which saw a big downturn in May 2014 (the month before Apple’s announcement). But, compared to the same month in 2013 , 2015 saw an approximately 50 percent spike in more pageviews (4,898 in 2013, 2,687 views in 2014 and 3,680 views in 2015). In other words, there was a big turn-around in Wikipedia viewing about Yosemite after Apple’s announcement.

Did any of this translate into actual visits to the park? Hard to say. Yosemite did have a banner year in 2014, after a steady decline in attendance since 2010. It’s not unreasonable to credit Apple with the turnout in popularity (at least partially), but hard to say to what degree.

Thankfully for Yosemite, Apple’s new operating system is named ‘El Capitan’, after the famous rock formation in the national park.

Apple has been on a green energy streak, aiming to the among the most energy efficient organizations in the world. Evidently, even the names it gives products can be a powerful friend to the environment.