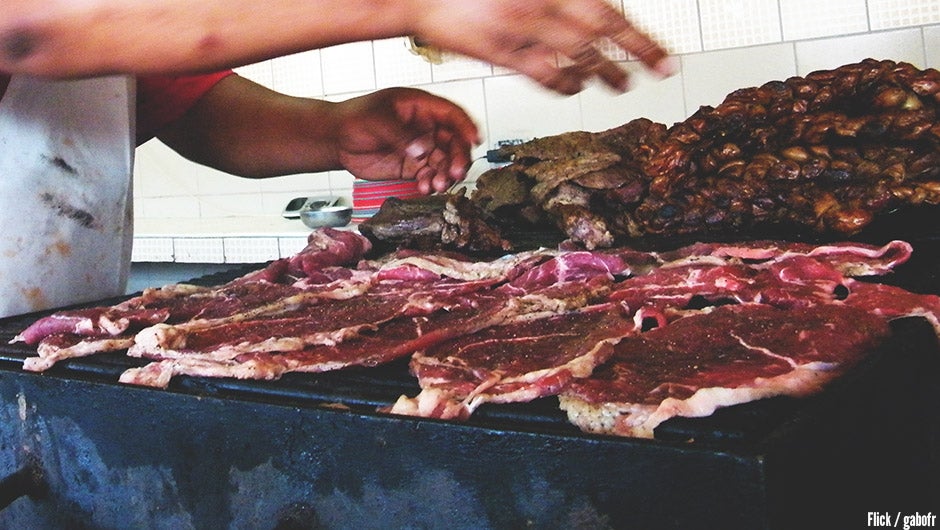 For the thousands of entrepreneurs and tech employees planning to descend on my beloved home of Austin, TX on March 10 for SXSW Interactive: welcome! Honestly, despite the challenges of adding 40,000+ people to downtown Austin for a week, it's an honor to be the host city for such an amazing event. And, while you're in Austin, you may as well try to check out some of the best places that our city has to offer.

Austin has been Ground Zero for several high-profile business launches over the years, and I'm excited to see what is in store for 2016. One thing I've noticed, though, is that many of our esteemed guests are missing out on some awesome, easily-accessible activities during their SXSW visits. If happen to be in town for SXSW 2016, consider checking out some of Austin's best local spots and get yourself into some fun activities.

Pro tip: drive as little as possible while you're in tow –  traffic ruins any and all fun. Walk, bike, skateboard, Segway, hover, etc. If you need a car, take an Uber or Lyft.

Go for a morning walk, jog or run on Lady Bird Lake trail. Even if you were out late and overserved the night before, if you're staying near downtown Austin, you're just a few minutes from the trail. It's an incredible way to relax and prepare yourself for a day packed with panels and glad-handing.

Get tacos and a side of guacamole from Torchy's (there are three of them just south of downtown). A recent poll of Austin entrepreneurs indicated that “tacos” are our second favorite way to stay fit (just ahead of running).

Squeeze in a sand volleyball game at Aussie's. This place is one-of-a-kind. Have some wings, drink a beer, then get in on a pickup sand volleyball game on some of the most expensive real estate in Texas. I'm not sure how long these guys can hold off the developers, but you should have this experience before it's too late.

Have brunch/ lunch at Perla's on their outside patio – the most shaded, comfortable patio on South Congress and possibly the entire city. The food is incredible- especially if you like oysters and it's one of the best places to have a two-hour lunch. FYI: no reservations on the patio.

See a movie at Alamo Drafthouse (preferably at the South Lamar or Downtown Ritz locations, if they aren't completely booked for the Film Festival). If you've never been to an Alamo Drafthouse, it doesn't really matter which movie you see – it's the experience that makes it awesome. Also, make an online reservation a few days before you go (they usually put the weekly schedule out on Tuesdays). Early reservations are the only way to get good seats. If you want to know what food to order, stick with the pizzas, the Mexican salad, hot pretzel, hummus plate and any of the shakes or cookies and you'll be happy.

Have a drink or meal on Lake Austin at Hula Hut or Abel's on the Lake, OR have a coffee at Mozart's. All three of these places are in a beautiful spot right on Lake Austin called Oyster's Landing- 10 minutes from downtown.

Go see a show at the recently re-opened Antone's – the night club that put Austin on the Live Music scene.

Breweries (All of Them)

Try the specialty beers wherever they are offered. Austin has become a mecca for craft beer. You won't be familiar with most of the breweries that you'll encounter, so ask the bartender or server for a recommendation. You'll likely be very happy.

On a similar note, schedule one of your coffee meetings at Wright Brothers Brew and Brew just east of downtown. Start with a great coffee then switch to one of their craft beers when business concludes.

Going to SXSWi 2016? Consider coming out to one of Tech.Co's many events!

Leo Welder is the founder of Austin, TX-based ChooseWhat.com, an avid runner and a life-long lover of technology and entrepreneurship. Leo has an MBA in Entrepreneurship from the Acton School of Business and undergraduate degrees in liberal arts and finance from the University of Texas at Austin. Leo is a seasoned entrepreneur, starting his first business while in college in 1999.