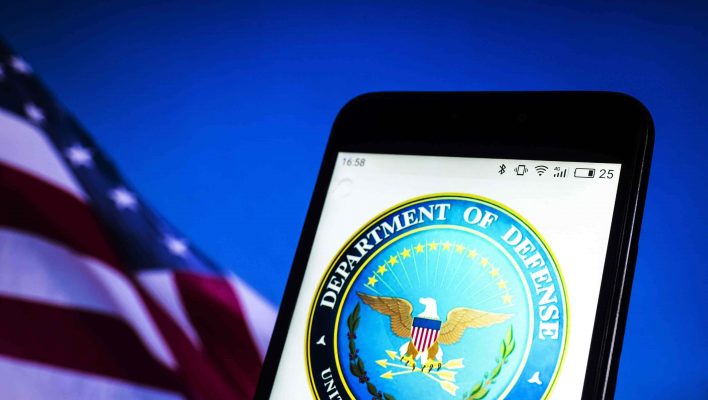 Big Tech companies Google, Amazon, and Microsoft — as well as cloud infrastructure platform Oracle — are going to battle it out for a multi-billion-dollar government contract — and there's a chance they all might win.

The Department of Defense (DoD) said on Friday that it had issued “formal solicitations” to Microsoft — which has just announced plans to build its own metaverse — and three other companies regarding the Joint Warfighting Cloud Capability contract.

The news comes after years of legal battles, scrapped programs, and disagreements between tech companies desperate to get their names stamped on the lucrative government program.

In 2017, the Pentagon began to formulate plans for a Joint Enterprise Defense Infrastructure (JEDI) contract, with the goal to commission a company to build a centralized cloud infrastructure system that could be used to view, manage, and transfer confidential information safely across all security clearance levels, for all employees — from the Pentagon to the edge of the battlefield.

The contract ended up being awarded to Microsoft not once, but twice, with the process marred by various lawsuits brought against the Department of Defense and the US government by companies like Amazon, who raised issues with how the contract was awarded.

In July, the Pentagon announced that it was scrapping the $10 billion, decade-long JEDI contract that had previously been awarded to Microsoft, on the grounds it was now obsolete due to long delays.

“With the shifting technology environment, it has become clear that the Jedi Cloud contract, which has long been delayed, no longer meets the requirements to fill the DoD's capability gaps.” – US Department of Defense (DoD).

However, many believe it was then-president Donald Trump’s animus towards Amazon CEO Jeff Bezos — who owns the liberal-leaning paper The Washington Post — that played a decisive role in Amazon initially missing out on JEDI and the subsequent decision to scrap it.

The decision left the door open for Microsoft and Amazon to bid for a new contract — the JWCC — along with other technology companies. However, only Amazon and Microsoft were initially contacted with pre-solicitation bids as they appeared to be the only two companies capable of delivering what the DoD need.

The JWCC is an IDIQ contract — which means whoever is awarded it will have to provide an indefinite number of services over a specified time period.

The Pentagon has stiff criteria for what it expects to be developed, including “tactical edge devices,” pieces of technology used in battle scenarios or crisis environments that can function away from data centers and work for employees at all levels of government.

Whilst the JEDI contract took a winner-takes-all approach — and Microsoft and Amazon are still very much favorites in the Pentagon’s eyes — it’s a possibility that all of the companies in contention may end up with responsibility for at least some part of the project.

“The Government anticipates awarding two IDIQ contracts — one to Amazon Web Services, Inc. (AWS) and one to Microsoft Corporation (Microsoft) — but intends to award to all Cloud Service Providers (CSPs) that demonstrate the capability to meet DoD’s requirements.” – the US General Services Administration (GSA).

Google has, since July, instituted the security provisions needed to be in the running for a cloud service, but didn’t previously bid for JEDI because it was thought the contract would conflict with its AI principles. IBM is also rumored to be interested in playing some part.

Should Big Tech be Building a ‘War Cloud’?

The disconnect between the wealthy executives populating Big Tech’s boardrooms and the staff that make their companies’ cogs turn has peppered the news over the past few years.

With workers’ rights and user safety already bones of contention that have been borne out in the public domain, the development of a “war cloud” may be the frontier upon which disagreement manifests.

Amazon Web Services, for instance, told CNBC that its “commitment to supporting our nation’s military and ensuring that our warfighters and defense partners have access to the best technology for the best value is stronger than ever,” illustrating that the company is staunchly in favor of working closely with the military.

And there’s plenty of evidence that employees’ moral compasses tend to point in a different direction. Just recently, for instance, staff at Amazon — as well as Google — decried the involvement of their employers in Project Nimbus, a cloud service contract with the Israeli government that staff argue will be used to ramp up surveillance on Palestinian civilians.

What's more, dissent on these issues is often widespread — the letter referenced above regarding Project Nimbus, which was published anonymously, claims to have over 300 Amazon and 90 Google employee signatures.

Google employees also protested the company’s involvement in a drone program that utilized AI to improve accuracy, and a year later, Microsoft employees expressed their concern after their company was awarded a $480 million contract to develop augmented reality headsets for troops in combat zones.

It remains to be seen how the staff-exec relationships at these companies will fare under the strain of new, ethical quandaries like company involvement with military programs, but one thing's for sure: it'll take a lot more than an appeal to the better nature of Big Tech's profit-chasing chiefs to force them to turn down multi-billion-dollar contracts.