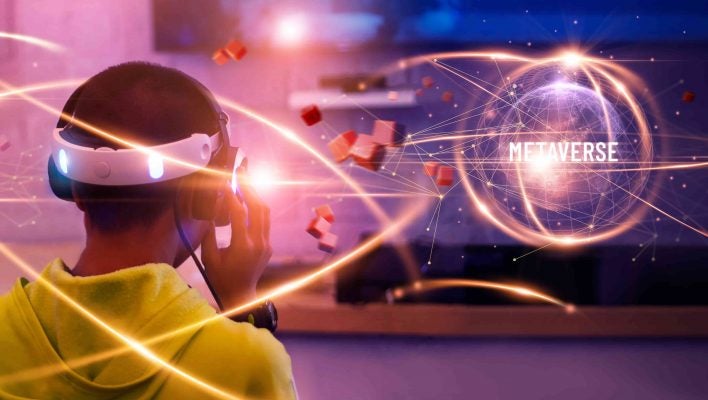 News broke this week that Walmart is taking its first steps to prepare for the impending move to the metaverse – including creating its own NFTs and other assets secured by blockchain technology.

The US retail corporation is the latest in a string of organizations looking to get ahead of the curve as Facebook, Microsoft and a host of gaming companies lay the first foundations of a new reality.

The idea has only really been taken seriously in the last six months, however, but with an increasing number of companies getting involved, others are wondering whether they need to act now in order to avoid being left behind.

Walmart Readies Itself for New Reality

According to CNBC, Walmart is looking to create its own cryptocurrency as well as original NFTs (non-fungible tokens).

But why would a company like Walmart – which currently accumulates more revenue for itself than any other company on the planet – feel the need to do this?

Well, luxury goods that exist in the real world aren’t a world away from NFTs – they’re both scarce and derive their prices from intangible value. Other uses for items like NFTs could span from simple brand awareness and engagement purposes to becoming ‘deposits’ that customers could use to redeem physical items once they are delivered.

Walmart also filed for a number of new trademarks for virtual goods, including “electronics, home decorations, toys, sporting goods, and personal care products”. All in all, seven applications have been filed.

Big names in retail to file trademarks for virtual products and stores include Ralph Lauren, Urban Outfitters, and Abercrombie & Fitch.

Another company trying to get ahead of the competition is Nike, which has already filed for new trademarks on ‘virtual sneakers’. It has also teamed up with Roblox – which has already made great strides in the creation of virtual spaces – to create “Nikeland”.

Sportswear arch-rivals Adidas aren’t far behind them, having already created and distributed its own NFTs in collaboration with Bored Ape Yacht Club, PUNKS Comic, and gmoney.

Nike’s partnership with Roblox is quite the coup, as the gaming company is one of the few at the forefront of virtual world creation. It had the advantage of already facilitating virtual worlds where millions of people interact, build things and play games.

Epic Games – the creators behind record-breaking videogame Fortnite – were another company that was in the right industry at the right time.

The gaming environments created by these sorts of companies sort of begs the question of whether the metaverse is already here; it’s just a question of how long it’ll take people who aren’t part of these existing user base to get on board.

Of course, the leaders in this space will be the aptly named Meta Platforms (previously Facebook) who are investing at least $10 billion this year into metaverse-building projects.

They’re also planning to hire 10,000 EU employees to work on the metaverse, and are currently pinching employees from Microsoft’s AR departments to help.

Microsoft themselves are breaking ground in the area too. CEO Satya Nadella recently spoke of building an “enterprise metaverse” and there are talks of Metaverse-like features appearing inside Microsoft Teams this year.

Microsoft also has the advantage of owning Xbox and popular world-building game Minecraft – which, in a similar way to Roblox, already is a metaverse in and of itself.

The Metaverse: A Dangerous Bubble, or Prime Real Estate?

Another trend that’s becoming increasingly common is companies buying up virtual real estate inside the metaverse.

Tokens.com recently spent a huge $2.4 million in Decentraland, a metaverse-based virtual world where everything is owned by players and creators. Republic Realm – a virtual real estate company – has spent $4.3 million on land in The Sandbox, another metaverse.

As with any new concept, some believe the bubble will eventually burst – assets that aren’t attached to anything firmly grounded in reality and lack tangible value can only hold interest for so long.

Digital currencies, tokens, and now land (or ‘space’) are seemingly more volatile than their traditional analogs; when Facebook changed its name to meta, for example, the price of virtual land skyrocketed by 500%.

But then again, that’s what was – and is – regularly said about Bitcoin and other cryptocurrencies by traditional banks, which continue to look more and more flustered at the prospect of playing second fiddle to digital money as they continue to accrue value.

Does my Business Need to be Metaverse-Ready?

Although an utterly digital reality still feels like a distant dream you’d find lurking deep inside the pages of a sci-fi book than it does an existential possibility, the shift to a virtual, online world is probably going to hit us sooner than we think.

Facebook was only made available to people outside of US universities and corporations in late 2006. By 2008, it had 100 million users. These things grow at unfathomable rates.

Businesses should be thinking about how to approach a virtual realm packed full of new possibilities.

As was mentioned previously, the foundations laid by games like Roblox and Minecraft are already there; huge companies like Facebook and Microsoft have signaled their intent; Investors were buying space in Decentraland – which most people still haven’t heard of in 2022 – four years ago.

Don’t worry – whether you purchase digital land today won’t determine whether your business is around tomorrow. But just think about how vital Facebook, Twitter, Instagram pages are to your business, and then consider how utterly alien that would be to a company starting trading in 2005. The same logic can be applied to businesses in the 1980s and web pages.

But what your business should be prepared for is a realm of new possibilities that will require all sectors, industries, and companies to be flexible, adapt quickly and, above all, start taking the value of digital spaces seriously.