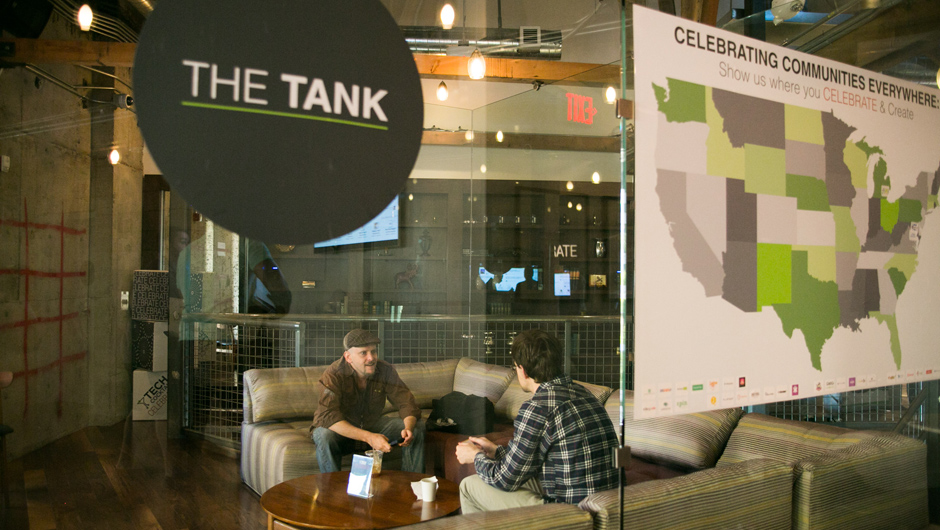 The first day of fall was only a few days ago, which means October is right around the corner. Stores are putting out the Halloween candy, the leaves are changing colors, and our annual Tech Cocktail Celebrate Conference is fast approaching.

We're hosting Celebrate 2015 as a three-day entrepreneurial journey in and around Downtown Las Vegas. Our attendees will get to take advantage of keynote speeches, industry panels, intriguing workshops, fun filled excursions, and mentor sessions. This year, we're also going to be offering what we call Epic Office Hours.

On both Monday and Tuesday, on the rooftop of Commonwealth, high profile mentors, investors, entrepreneurs, and startup experts will be meeting one on one with Celebrate attendees. For 25 minutes you'll get the chance to grill them about their personal journey, figure out what steps to take on your own startup path, and learn from some of the smartest, nicest, and coolest people in tech.

Every standard pass to Celebrate 2015 comes with two epic office hour sessions. The all access pass lets attendees register for four different Epic Office Hour sessions.  All told there will be over 40 individuals to choose from.

We wanted to showcase some of the people available to talk with, but we only had room to feature five of the 40 options available. If you want to learn more about the other 35, I guess you'll just have to join us in Downtown Vegas!

Here are 5 previews of our Epic Office Hours: Outside of her involvement with these programs, she eats, breathes, and sleeps Dallas. Zielke is in fact serving on the board of the University of North Texas‘ School of Arts and Sciences as well as the Mayor of Dallas’ Digital Strategy Team, and the Greater Dallas Workforce Solutions Board.

Who she can help: If you're in the B2B, wearables, or healthcare industry, Zielke is going to be able to offer you deft expertise. Bonus – if you're starting up in Dallas I can't think of many other entrepreneurs who would be better to talk to. In his day to day, Don Dodge helps developers build new applications on the various Google platforms and technologies. He’s racked up years of experience working with multiple companies including Microsoft, Forte Software, AltaVista, Napster, Bowstreet, and Groove Networks. You'll notice that most of these companies have been acquired by massive, corporate entities.

You see, he’s been on the software side of tech for more than 25 years, starting his first career in with Digital Equipment in the database group. He's also had a wealth of experience with startup companies thanks to his role as a startup evangelist with Microsoft.

Who he can help: Anybody dealing with software form the developer perspective will most likely see Dodge as a godsend. He’s also helpful for entrepreneurs who are attempting to work with bigger corporate names. Over the course of her career, Elizabeth Yin has founded five startup companies in the business technology sector. In fact, her entire career could be said to oscillate between her own entrepreneurial startups and a diverse range of roles in the business development sector itself.

You see, she has a knack for building on her past ventures, one of which is Hustle Con, a program aimed at sharing insights she’s personally gained over the past 14 years dealing specifically with other entrepreneurs. Currently she’s the EIR at 500 Startups in San Francisco, spending her day to day running the Mountain View accelerator program.

Who she can help: If you're considering anything accelerator related, Yin should be one of your first stops. Also, anything business development will obviously be right up her alley. Chance Barnett is the jack of all trades: internet entrepreneur, investor, and advisor. His current dealings are with Crowdfunder, a business crowdfunding platform he founded to help companies crowdfund their financing. It serves the dual purpose of also advocating for US laws to enable US based startups to raise funds through equity or revenue based financing.

He’s also a writer, frequently contributing content to Forbes, where his columns on crowdfunding topics are a regular appearance. Prior to all of this, though, Barnett cofounded and operated several web and social media startups. He built and led an incubator in Malibu, created an early online publishing business, and speaks frequently on emarketing and personal development as an entrepreneur.

Who he can help: If you're looking for funding, Barnett could provide some creative solutions for how to secure said funds. Not to mention, he's a pro at helping entrepreneurs develop their own, personal skill sets to succeed with their company in the long run. Nabyl Charania's Rokk3r Labs serves as a venture builder and platform that helps entrepreneurs turn their ideas into robust companies. Not only does he help shape the global vision and direction of the companies he works with, he also manages and oversees a portfolio of over 40 businesses.

A veteran in the startup world, Charania has a strong track record with exits, acquisitions, and investments. He was previously director of technology at Opence Inc, where he led the creation of global VoIP/SIP based call center architecture while simultaneously developing predictive and anomaly engines for VoIP.

He’s also got experience driving large scale reductions in global deployment costs and was instrumental in preparing Opence for their own acquisition by Convergys. After the buyout, Charania served as director of engineering where he oversaw a team of 200.

Who he can help: If you're priming your company for an acquisition, Charania can open your eyes to whole new levels of insight. Let's not forget that he also has a plethora of experience dealing with the engineering side of development and bringing business ideas into the real world.