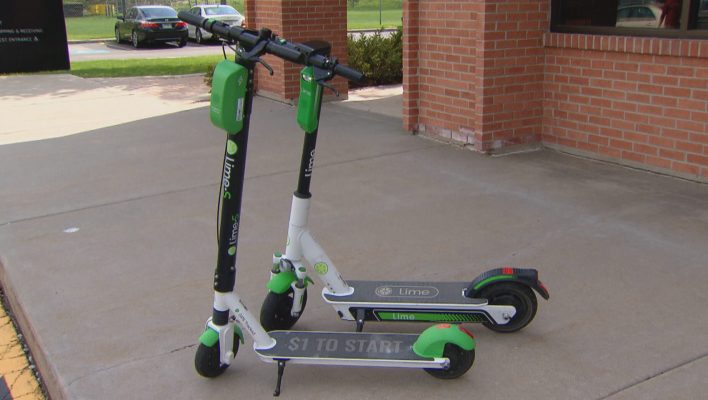 E-scooters have taken the country by storm in recent years. From Austin to Portland, the motorized scooters have provided an easy, affordable means of transportation for anyone with a smartphone and a proclivity for fun. Unfortunately, programs across the country have seen widespread complaints concerning the cluttered sidewalks and vandalized scooters that, as far as anyone can tell, are inherent in the system.

But Chicago is taking action, as one of the first cities to implement specific measures in their second pilot program that could solve the infamously controversial e-scooter's most vexing issue.

After a successful pilot program in the summer of 2019 that saw nearly a million rides in just four months, Chicago has decided to launch a second pilot program in hopes of ironing out the details of e-scooter usage in the country's third largest city.

As for what's new to this second pilot program, the test area has expanded to most of the city, excluding some city trails and the downtown area, and a larger number of e-scooters will be hitting the streets of Chicago soon. But there's one addition that could change how cities around the world use e-scooters: locks.

“New to the second pilot is a requirement that all e-scooters must be equipped with locks that require riders to lock the device to a fixed object to end their trip,” according to the Chicago Department of Transportation.

That's right, no more cluttered sidewalks, no more vandalized scooters, and no more complaints about either. The Chicago pilot program requires its three vendors (Lime, Bird, and Spin) to equip e-scooters with locks that must be attached to fixed objects, and the reasoning is nothing if not sound.

“This new requirement aims to reduce dangerous sidewalk clutter and maintain clear pathways for all Chicagoans who depend on unobstructed sidewalks, especially residents with disabilities.”

Additionally, vendors are required to encourage citizens to call in haphazardly parked devices, and they're legally required to address the complaints within two hours of receiving them.

While this measure is one of the first to address e-scooters' biggest problem, there isn't a lot of information about how it will be enforced. Naturally the requirement to lock your device is a step in the right direction, but what's keeping users from simply locking the device to itself and leaving it on the ground? As far as public statements and documents are concerned, nothing, and that's a problem. 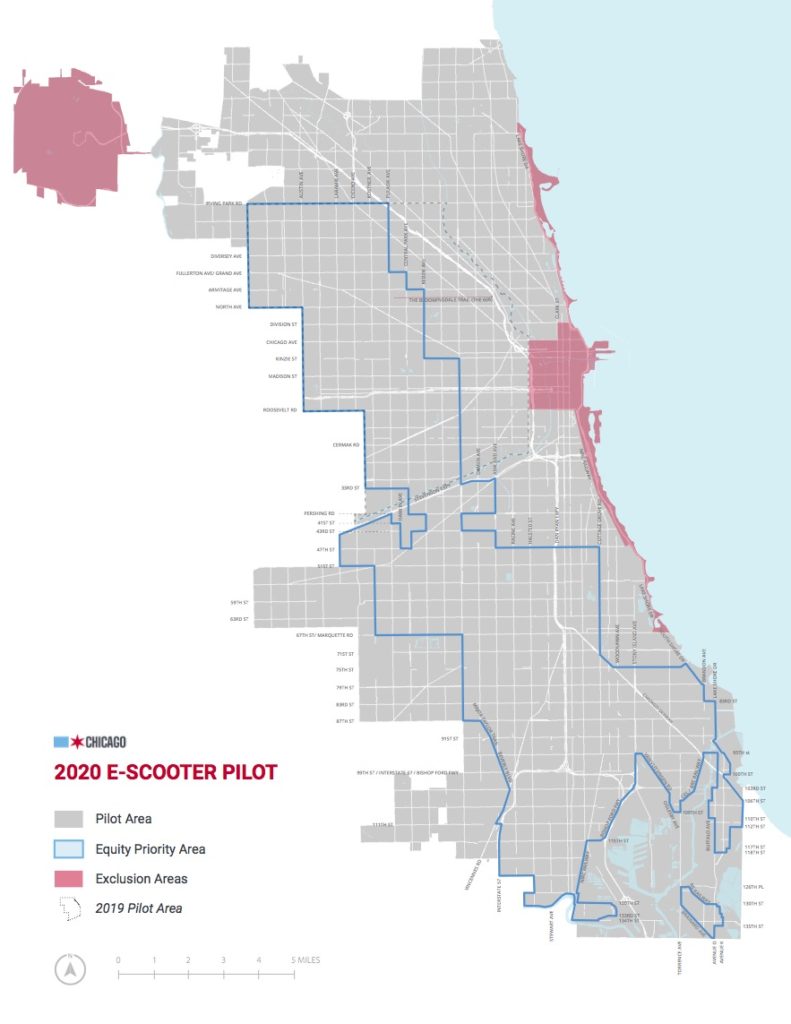 The Clutter and Vandalism Problem

If you've been to one of the many cities across the US that offers e-scooters to its residents, you've likely witnessed this problem firsthand. E-scooters in Austin, Los Angeles, Portland, and beyond are commonly found in massive piles, tipped over in the middle of sidewalks, and it's more than just an eye sore.

In fact, one study found that, when asked how often they encountered e-scooters blocking sidewalks  55% of respondents stated that it happened “always” or “often,” a staggering comparison to e-bikes, which was only 18% of respondents.

Fortunately, with Chicago's new measures, users will be forced to at least pay the $1 unlock fee, which should be enough to deter the less enthusiastic vandals.

While sidewalk clutter and vandalism are certainly a problem for the proliferation of e-scooters in major cities across the US, it's certainly not the only problem. As with many tech innovations, the issue of accessibility is a big one, particularly for those in need.

Fortunately, Chicago is again ahead of the curve on this one. The city has made a concerted effort to guarantee these low cost modes of transportation are being properly allocated to the areas that could benefit the most from their use by requiring vendors to place at least 50% of the 10,000 e-scooters in the city in “Equity Priority Areas.”

“The equity priority areas cover neighborhoods where residents face systemic disadvantages following generations of under-investment and inequitable access to transportation and other resources,” said the mayor’s office in a statement.

Additionally, vendors will be required to provide access to e-scooters to those without smartphones and without debit or credit cards, so as to avoid excluding those without. And for an industry that loves to move faster and leave people behind, it's good to see Chicago holding them accountable.