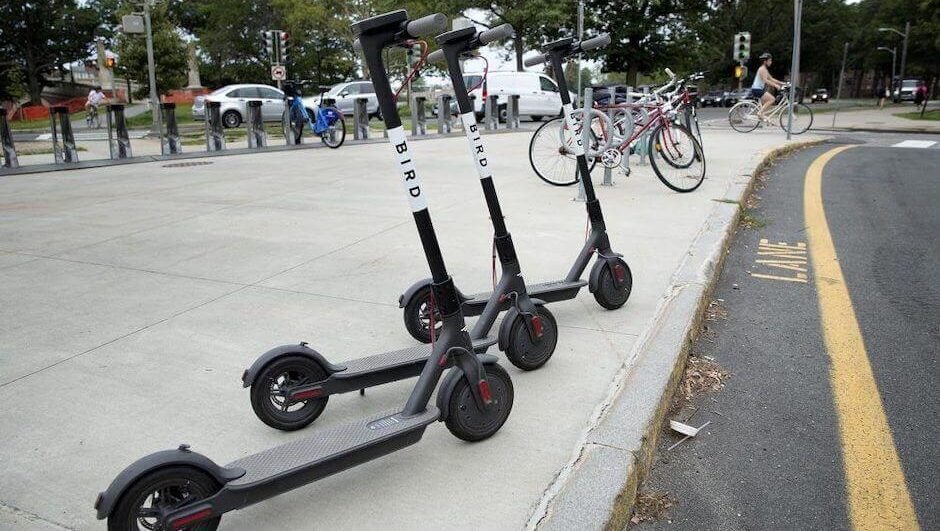 The e-scooter vandalism pandemic continues, as Portland authorities have reportedly hauled more than 50 e-scooters out of a Portland river last week.

E-scooters have begun taking over US cities in recent months, with Chicago being the latest to implement the technology just last month. While the innovative two-wheeled vehicles have given thousands access to affordable means of transportation, as well as quite a bit of fun, many citizens believe they are dangerous, tedious, and generally just get in the way.

Tragically, these negative feelings towards e-scooters have manifested in a lot of ugly ways, as is evident from the events that transpired in Portland last week.

The Multnomah County Sheriff's Office River Patrol Dive Team removed 57 e-scooters from brands like Lime, Bird, Spin, Razor and others from the Willamette River in Portland. The dive team noticed the e-scooters last month on a routine cleaning of the sea wall of the river, and had planned on making a concerted extraction last week.

MCSO’s River Patrol and Dive Team are clearing the “sea wall” on the Willamette River near the Hawthorne Bridge.
So far, they have pulled 5 scooters from the river floor and estimate they will recover 15 more. pic.twitter.com/QF5smBgmfN

Why Were E-Scooters in the River?

The sheriff's office gave no official statement on why the e-scooters were in the Willamette River in Portland. However, it's safe to say that the e-scooter vandalism stemmed from the aforementioned naysayers that wish the city would do without these handy transportation devices.

Fortunately, despite the likely malicious nature of the vandalism and the arduous work put in to the cleanup, the police still have a good sense of humor about the incident.

“We advise those people not to park scooters in the River,” said Sergeant Brandon White from the Multnomah County Sheriff’s Office.

Considering Portland had just recently re-launched a second pilot program to test out the technology, this doesn't exactly bode well for the future of the program within the Oregon city. The four-month program last year accounted for 176 medical center visits and saw 6,000 complaints raised during the test period. E-scooter companies have made statements condemning the vandalism and insists anyone that sees something happen should report the incident.

Vandalizing e-scooters, particularly throwing them into large bodies of water, is hardly new at this point. From Austin and Denver to Chicago and Nashville, citizens have thrown them into trash cans, traffic, and yes, rivers and lakes. The practice has become so commonplace, in fact, that you can find dozens of accounts on Twitter and Instagram dedicated to their destruction.

However you feel about e-scooters, it's safe to say that petty vandalism is hardly the best way to go about expressing those feelings. In fact, considering one of the primary complaints against e-scooters is that they clutter up the city, throwing them, breaking them, and submerging them in water only serves to clearly exasperate that problem. So what's the motive?

As with any new technology, backlash is to be expected. Smartphones were considered egregiously expensive and unnecessary. Electrics cars were often lambasted as too slow and too quiet. Heck, even personal computers were widely feared amongst everyday citizens when they first came out. Simply put, big shifts in the cultural paradigm make people uneasy, and subsequently, they lash out. Consequently, that could be what we're seeing with e-scooters.

They are unique. They are confusing. They are a brand new way of doing something you've done for years in a particular way. That's what disruption is. The planet is in dire need of an alternative to cars, and these e-scooters provide an affordable, easy-to-use, environmentally friendly option that is slowly becoming available to everyone. So what can you do in the face of abject e-scooter hatred?

Avoid polarizing the issue as much as possible. Educate rather than condescend. Engage rather than fight. Follow the rules rather than test the limits of the technology. By making the e-scooter debate civil, we could actually end up with a means of transportation that gets cars off the road, is good for the environment, and is relatively affordable. Because aren't you tired of cars too?

Most Recent
Explore More See all news
close Building a Website? Get 50% off Wix premium plans until 29th July 50% Off Wix
We use cookies. By browsing our site you agree to our use of cookies.