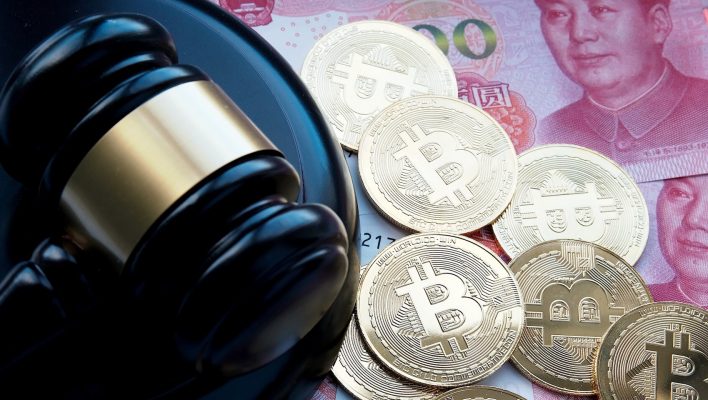 China today announced that it is banning any cryptocurrency-based transactions within the entirety of the country. The ban has been in the works for a few months, but finally officially announced today.

China banned the trading of cryptocurrency in 2019, but individuals and businesses were still able to conduct transactions using cryptocurrencies. However, this new law has effectively made the entire concept of cryptocurrencies illegal in any capacity within the country of China.

This will have many knock-on effects both within and outside of China, as the estimated value of cryptocurrencies take a massive drop, and any business that used cryptocurrencies connected to China will have to quickly rethink their finances. Cryptocurrency is one of the fastest growing industries in the tech world, so to have this upset by China's actions is certainly going to rock the boat.

Why Has China Banned Cryptocurrency?

Cryptocurrency is still quite nebulous to a lot of people, banks, and governments, so China has decided to put a stop to something that it perceives as a possibly volatile influence on the country's economy. China's move is in stark contrast to El Salvador, which is investing heavily in Bitcoin, even making it a national currency.

This is China's final step of a multi-step plan to delegitimize and quash cryptocurrency influence within the country. In May, China said that crypto traders would have no kind of protection if anything went wrong with their investments. Then, in June, the government told banks and payment platforms to refuse any kind of cryptocurrency transfer, and also banned mining.

It has now made the practice entirely illegal. The People's Bank of China stated:

As for a stated reason, the government hasn't really given one. The implication has been that the move is to protect individuals and businesses who traded in cryptocurrency, but it's possible that this decision simply comes from the fact that the Chinese government was less able to control the virtual currency as opposed to their official national currency.

What Does This Mean for Cryptocurrency?

Bitcoin has had a substantial drop in the past day, losing over $2,000 dollars in value, with every other cryptocurrency following suit. China was a massive market for cryptocurrencies, so the fact that the entire region has been closed off is an unprecedented hit to the validity of cryptocurrency as a whole.

Here is a quick look at three major cryptocurrencies over the past day.

As you can see, every currency, no matter what it was worth a day ago, took a pretty significant fall the second that China announced the ban. This is not to say that these currencies will never recover, but this was a solid hit to their growing momentum.

Will This Have an Effect on Business?

Cryptocurrency is quite a new element to the world's economy, so the effect of cryptocurrency itself is fairly undocumented, let alone the effect of banning it. However, one of the more obvious effects of this will be the fact that any business within or connected to China will have to rework its operations if it used cryptocurrency.

As mentioned, the value of Bitcoin has dropped by over $2,000, which is a colossal amount, and it is likely that other currencies will experience similar drops in value. Any business that used or was heavily invested in Bitcoin or other cryptos will have to quickly evaluate their finances and make sure that they're still in a stable spot.