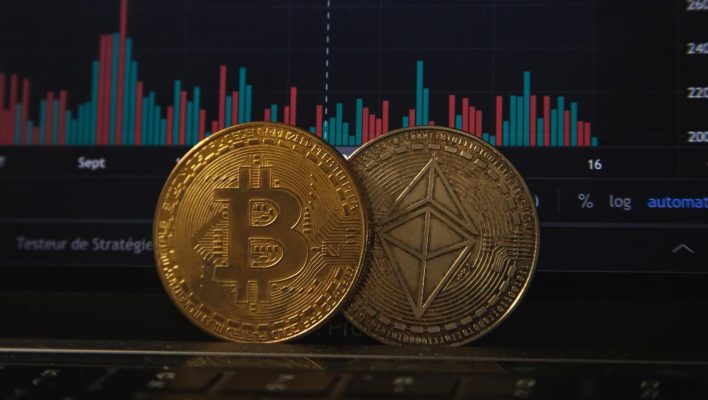 The story of Bitcoin has always been a fascinating one, and not always for the right reasons, but today's news that El Salvador is making it legal tender will certainly be a pivotal moment in its history.

In an move to help stimulate the economy with this new currency, Salvadorians are being given a small amount of Bitcoin to spend with businesses.

While we've seen some high profile companies accept Bitcoin as a form of payment, this is the first time an entire country has mandated that businesses must accept the currency where possible.

Ahead of the announcement that Bitcoin was now an accepted currency country-wide, President Nayib Bukele tweeted that the country had purchased 200 Bitcoins, and in total held 400. That might not sound like much, but it amounts to around 20 million US dollars. Unsurprisingly, the purchase of such a large amount stimulated the market and pushed the value of Bitcoin to over $52,ooo, it's highest value since May.

It was in June that decision was made in the Congress to accept Bitcoin as legal tender, and although it did pass with an overwhelming majority, the move isn't without its skeptics. A public poll found that two thirds of respondents wanted the ruling repealed, and 70% preferred US dollars.

Regardless, the country has already installed 200 ATMs that the public can use to exchange Bitcoin for US dollars. In addition, Salvadorians are being given $30 in Bitcoin in an attempt to jump start spending, tied to the “Chivo Wallet” app that users can download.

In a tweet, Bukele stated: “The process of #Bitcoin in El Salvador has a learning curve. Every step toward the future is like this, and we will not achieve everything in a day, nor in a month. But we must break the paradigms of the past.”

To say that Bitcoin has had a tumultuous journey to get where it is today would be an understatement. Today's value of $52,000 per coin was inconceivable when the currency was first created – in fact, in those early days, you could pick up Bitcoin for a few cents, if you knew what you were doing and had the technical understanding to do so.

Since then, it's barely been out of the headlines, and the thrill of a new digital currency (and lots of interest in how to get rich off the back of it), has given way to genuine concerns about the currency's environment impact. That was the reason that Elon Musk gave in February of this year for backtracking on Telsa's decision to accept the currency as payment just 49 days after the initial announcement. However, Musk also pledged that if Bitcoin could be mined with at least 50% renewable energy, Tesla would resume accepting it.

While Tesla is showing caution, there are plenty of other businesses out there that continue to accept Bitcoin, as varied as Microsoft and Starbucks, and only yesterday there were rumors that Twitter is pondering allowing Bitcoin payment as tips on the platform. Twitter CEO, Jack Dorsey, has stated openly in the past that he sees Bitcoin as a “big part” of the company's future.

Should My Business Accept Bitcoin?

If your business is based in El Salvador, you don't really have any say in this matter. However, for everyone else, is now the time to accept Bitcoin? Maybe. It's certainly not something to charge into without doing your research, and it's more complicated than good old cash or credit card payments, for now at least.

The good news is that some online payment merchants can make it easier for you. For example, Shopify is partnered with cryptocurrency services such as Coinbase Commerce and BitPay, and has Bitcoin payment integrated into its platform.

It has its advantages too. To begin with, there are no banking fees attached to Bitcoin, the process is fast, and the payments are irreversible, meaning no chargebacks from customers. They are also incredibly secure, and can expand your customer base to those who don't have access to traditional methods of payment.

However, there's a fly in the ointment to all this, naturally. Bitcoin is incredibly volatile. A payment in Bitcoin made to you today, may hold significantly less value a few days down the line. In fact, its volatility is one of the core reasons why you might struggle to find anywhere to spend it. Bitcoin owners tend to see the currency as an investment, and are unlikely to want to spend it casually. If you do get paid in Bitcoin, and want to turn it into US dollars, you can expect a charge for the transaction, too.

Cautious business owners may wish to sit Bitcoin out for now, but there's no doubt that the world will be watching El Salvador's experiment with keen interested over the coming months.