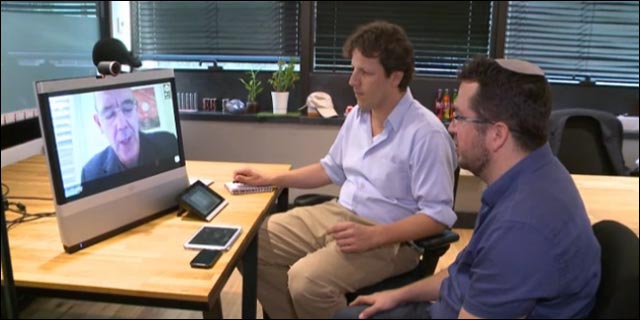 The Coca-Cola Company started a 6-month program for the Israeli entrepreneurial community called The Bridge, with the aim of  connecting Israeli startups to all major global markets including the U.S., Europe, Africa, Eurasia, and the Pacific.

According to this article, Coca-Cola reached out to Israel’s startup network (angels, VCs, incubators, etc.), and got recommendations on almost 200 startups.  10 were accepted into the program.  Although The Bridge's program began earlier this summer, the chosen ten went to Atlanta–The Coca-Cola Company’s world headquarters–for intensive marketing instruction and mentorship.

“The normal model working with a startup, you’re trying to find your strategic partnerships,” said David Butler Coca-Cola’s vice president of innovation and entrepreneurship at Fast Company’s Innovation By Design conference .“Startups come to big companies and try to get in. On the big company side, they pitch their thing, but how do we connect that [to what Coca-Cola does]? It’s very difficult.”

A Coca-Cola executive team will go to Israel in October, and the startups will return to Atlanta in December for a Demo Day at the conclusion of the pilot where they will be exposed to Coca-Cola corporate leaders, their bottlers, key customers, and VC partners.