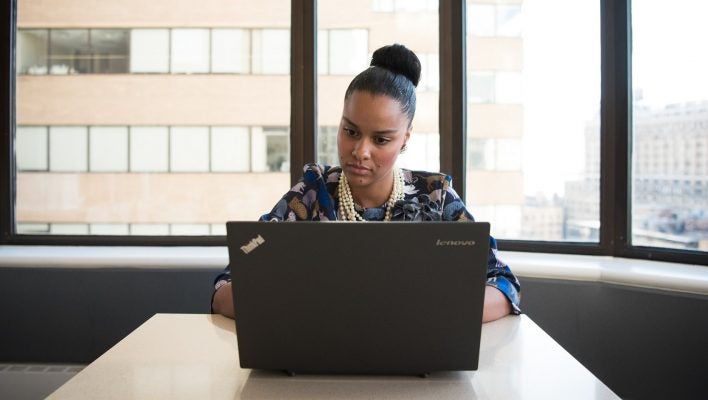 A new report from Kaspersky has highlighted the impact that COVID-19 has had on women in tech, with nearly half of respondents stating that their careers have stalled because of the current pandemic.

Despite some progress having been made, according to the report, many women in tech find themselves still working in male-dominated teams, and many are also struggling to maintain a healthy home/work balance.

However, the survey did find that most women feel that remote working has improved gender equality in the work place.

Nearly Half of Women in Tech Feel Career has Stalled

The current pandemic has certainly had a huge impact on many of us, but the report from Kaspersky has highlighted some worrying trends from the women who responded. Almost half (47%) of female respondents said that their careers had been delayed because of it.

Almost half (47%) of female respondents said that their careers had been delayed because of the pandemic.

With the survey showing that most respondents worked in male-dominated teams, there are concerns that a lack of career progression the tech fields could lead to chicken-and-egg situations, where a lack of female senior roles models in the sector is seen as dissuading other women from starting careers in tech.

38% of respondents to the survey stated that an absence of women role models in tech made them wary of entering the field.

The survey also showed that most women enter the tech industry through self-research (44%), with few being encouraged to pursue it in education (33%) or via positive female role models (19%).

Any of us who have been plunged into the world of remote working have found that there are a host of distractions and issues that need to be dealt with at home. But, the Kaspersky survey highlights that the traditional family dynamic of old is still present, with many responsibilities falling on women.

The research has shown that almost half (44%) of women had found that managing work and home life in the past year has been stressful, with more than six-in-10 (63%) mothers working in tech stating that they have done more home-schooling in the past year than their partners.

In addition 70% of women in North American said that they had done the majority of home cleaning since March 2020.

These pressures in the home have taken their toll, and 40% of respondents to the survey felt that they had been held back from pursuing career changes during the pandemic due to family or home pressures.

The Increase of Women in Tech

While, historically, the tech industry has struggled with female representation, things are definitely looking up. The Kaspersky survey shows that while there is still some way to go, notable improvements have been made in recent years.

Of those surveyed, just over half (53%) agreed that the number of women in senior roles in tech and IT had increased in the last couple of years. Furthermore, many felt that the move to working remotely had helped women feel more autonomous in their roles, having a positive effect on their confidence.

However, the results of the survey show that that there is still much progress that needs to be made for women in tech industry. Only 10% of women working in the industry work in a female-majority team, compared to nearly half (48%) working in a male-dominated team.

The move to remote working appears to have gone some way to levelling the playing field for those in the tech industry, while at the same time unearthing age old stereotypes of women's roles in the home.