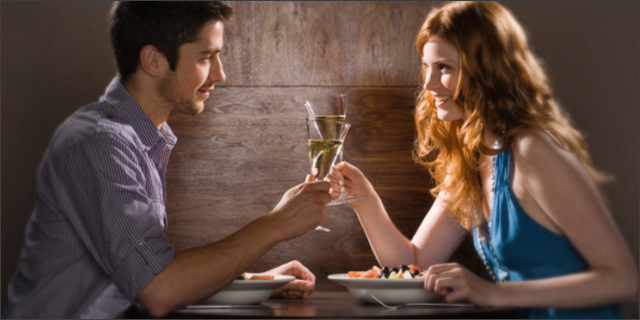 If you’re single, today sucks.  There is no escaping all the ooey-gooey-makes-you-just-want-to-barf ads and promotions for Valentine’s Day.  As our lives become increasingly busy, it seems that the easiest way to meet people is online, a fact that many entrepreneurs have also noticed.  So much so, that online dating sites are almost a dime a dozen.

As entrepreneur Justin McLeod told me, “There have been so many startups in the space because everyone recognizes that the traditional dating model is broken – at least for the 18-35 demographic. Yet no one can get anything off the ground – for a variety of reasons.”

I met McLeod at Fortify.vc where he is working on an online dating startup with a completely new business model that launches next month.  He has done an exhaustive amount of research, a must for any startup, no matter your concept or target market (McLeod has both nailed down).  If you don’t have a sustainable business model or a market that responds to what you’re doing while still in alpha or private beta, well….good luck with that.

Take the”online match party,” which has been tried countless times (GoodCrush out of Princeton, iWould out of Columbia Business School, Crush Finder).  “It spreads like wildfire when launched – especially if at a school – but does not retain users,” McLeod explained.  “Users join, list their crushes, and maybe have a couple successes – but have no reason to go back to the site or stay engaged. It dies just as quickly as it spread.”

Of course, there is the “traditional” model, aka the catalogue model, which is used by Match.com and eHarmony with great success.  They target the 30-55 market and people looking for a more serious relationship.

What McLeod has found, though, is there aren’t a lot of young people (18-35 year olds) on dating sites, even though they’re always online and technically savvy.  The reasons?  They don’t like to fill out profiles and a lot of them, believe it or not, don’t want to say they met someone online.  One of the biggest hurdles, though, is reaching critical mass – having enough people already on it and using it when it launches so it works as it should.

OKCupid, which was acquired by Match.com last year, uses a fun question-and-answer system to build up your profile, so it skirts the tedious survey required for a profile.   It’s casual and free – but because of that, there are a lot of people using it who aren’t serious  – and there are a lot of dead profiles.

Now, traditionally – and I mean pre-Internet – we met potential dates through friends.  McLeod’s model is friends-of-friends, and there are a couple of them out there already, like Acquaintable, Clique, and DC-based FriendlyLook.

There are also some cooler new sites out there like HowAboutWe, dating.nerve.com and Sparkology, all with interesting business models. HowAboutWe is in NYC and very casual; it’s activity- based rather than personality-based, and is potentially a great way to meet people –as long as you’re cool about meeting up with random strangers.

Nerve started out as a singles publication, and now they’re trying to create a dating site – but it’s cool and young and hip and casual, so it could succeed. Sparkology is an invite-only site  based on an economic model – girls pay $15/month and guys pay $2/communication so the hot girls don’t get bombarded with a million messages.  They force guys to choose more carefully, so, as Justin put it, “You have to stay in your league.”

Then there’s variations on the theme, like LikeBright, which vouches for guys who are single, and TheComplete.Me, which, when it launches, will pull from your social graph to get a picture of you and use that info to hook you up with other people.  Both of these sites are based on failed business models.

Location-based dating sites only seem to be successful in the gay community.  Grindr is doing great, but Blendr, which is for straight people,  has not been successful.  As McLeod pointed out, if you’re a guy, you can just look around you and see that there are 23 girls in the bar.

After talking to McLeod a few times, I think it's pretty safe to say that he's cracked the love code.  So stay tuned – I'll cover his startup, Hinge, when it launches.