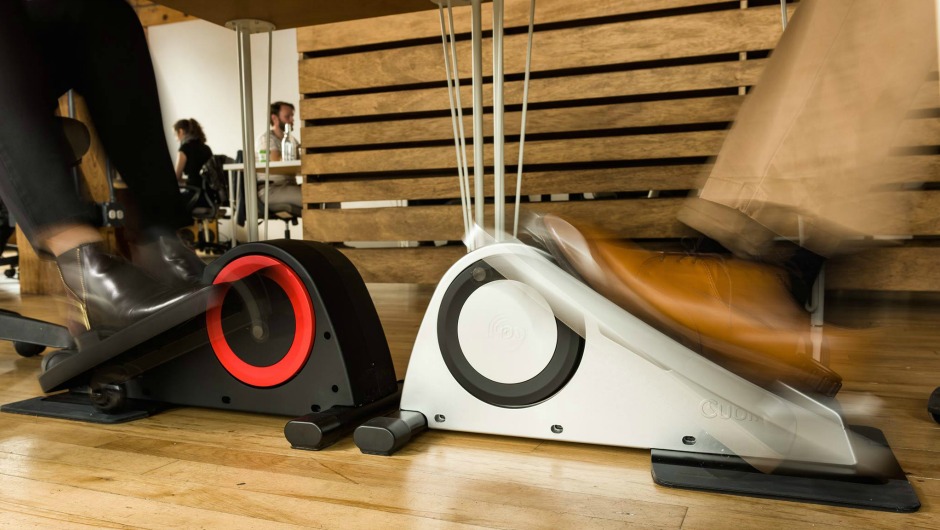 Everyone knows that exercise, and sleep are daily necessities. As entrepreneurs and professionals, it’s not always easy to find a healthy balance of work and life. We sit for hours at a time, wake up too early, over do it on the coffee, and eventually it all takes a toll on our health and level of productivity. In recent years standing desks have become more popular, but the better looking ones cost upwards of $1K, and treadmill desks or stationary bikes look ridiculous. Cubii, a Kickstarter success story, has designed something to knock out all of these issues and get you moving without ever leaving your desk, although you still should whenever you can.

Cubii is an under the desk elliptical, but functions more like a stationary bike. After a very quick setup process and charging, you’ll be pedaling away. Doesn't matter if you're at work, watching TV at home, or anywhere that involves a seat, you'll be active. Over the course of a month we used Cubii in an office setting under a traditional desk. 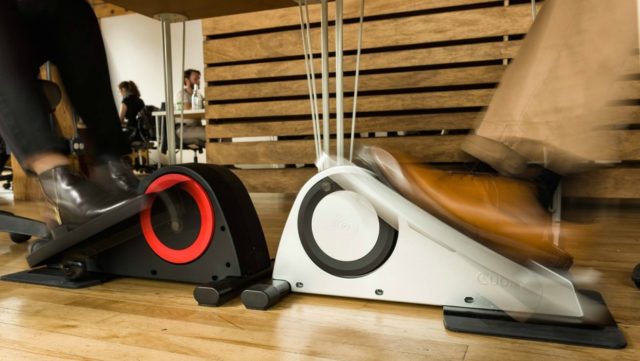 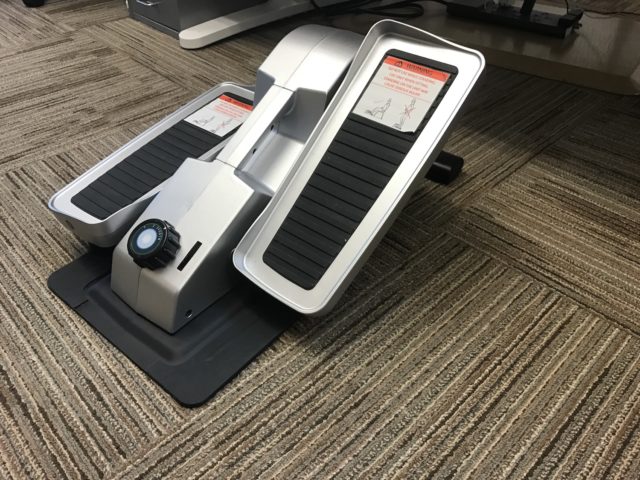 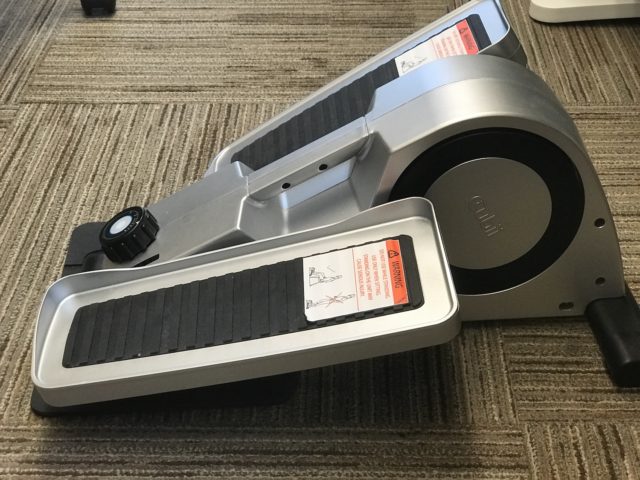 More than just a typical elliptical, Cubii has many of the same features that made Fitbit bands incredibly popular. Sessions are gamified, easy to share, and, with the most recent app update, your data is more easily visualized. Before we get into the extra features that make Cubii great, we have to answer the most basic question: does Cubii help with health and fitness? Absolutely. Will it give you a full workout? Probably not, but that’s also not a bad thing. Do you really want to be the weird sweaty person at work?

According to the Cubii team, you can burn up to 150 calories per hour. By comparison, a person can regularly burn between 80-110 calories by simply sitting. As a runner, this also keeps my legs primed for an evening run, which is great when considering the alternative. I’d typically do two bursts of one thousand strides a day. After each session, you can feel some impact on your muscles, and having tracked my heart rate, there is also a noticeable increase.

Beyond the basics, Cubii also has a few nifty features working in tandem with the connected app. Just keep in mind that if you want to track your movement with Cubii, you need the app open before you start to pedal. It doesn’t retain the information on its own. There is also an integration with Fitbit, but for those of us who love challenges and the leaderboard, the steps you get don’t contribute to either.

What really makes Cubii stand out is its user-centric design. With three color schemes, they easily fit in with most office environments. It’s about 25 pounds or so, which is a bit of a workout in itself lifting it up and positioning where you want it, but otherwise is still portable compared to competing solutions. The actual device itself is a combination of hard plastic, metal, rubber on the foot pads, and whatever crazy stuff inside it allows it to connect to your phone and increase the resistance.

Due to its range of motion, the Cubii doesn’t make much noise. If anything, it sounds like a rhythmic hum as you are peddling, but your coworkers will certainly hear it.

We did find that, though the range of motion is stretched out and should reduce how high your knees go, they still ended up smacking occasionally into the desk. In comparison to two other versions I’ve tried in the past though, it was not nearly as bad. If you have a taller desk, it would work great, but this ended up resulting in only using it for shorter periods of time or while I did not have to actually type at the computer.

Cubii’s app looks just as great as the hardware. Recently updated, the app visualizes a cyclist climbing a hill and matches your speed to the character. From here, you can monitor your miles, strides, calories, or steps. Within the menu you can dig into your past activities, join a challenge, or compete with friends in groups.

Overall Cubii’s hardware is sleek and functional, but at times still results in you hitting your knees on the desk. The latest version of the app looks great and is easy for anyone to navigate.

Should you buy the Cubii under the desk elliptical? Yes, but at the price point, this may be a better employee perk than a personal buy. There is certainly nothing wrong with investing in your health, and the Cubii absolutely does keep you moving. However, there are other similar systems out there, which may be suited for more of a mass market. The Cubii on the other hand is more elegant, quiet, and clearly designed so that you have an overall better experience and mini-workout. We absolutely recommend Cubii, especially for those of you looking to knock out a new health driven resolution for 2017.

Where to buy: Cubii