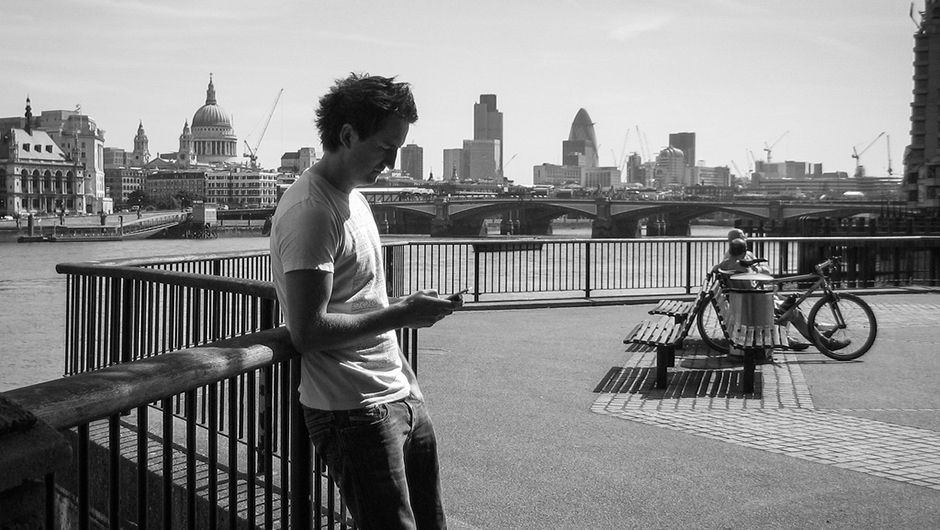 I don’t enjoy email — I just want to get my daily digital chore done and get on with my life. There are two great new email mobile apps from Google and Microsoft and both offer helpful features, such as location-aware emails and calendar scheduling. While both apps offer something unique, I think one way to compare them is based on a single metric: which app gets me to inbox zero fastest.

So, to measure which app was the speediest, I took a stopwatch and answered the exact same set of 20 emails* on both Google’s and Microsoft’s mobile email app, as well as their popular competitor Dropbox’s Mailbox.

I found that Mailbox is overwhelmingly the quickest of the top three email apps (Mailbox took 5 minutes and 8 seconds to send all 20 emails, Google took 7:15 minutes and Outlook took the longest at 8:48).

Mailbox was the original breakout email app star, pioneering a super-fast design based on right and left swipes, where users could quickly archive a message or schedule an unanswered email to return to the inbox later. Since Mailbox burst on the scene, Google and Microsoft have spent enormous engineering resources building their own slightly different versions, with Inbox and Outlook, respectively.

The core feature of all three apps is email scheduling. Swiping left allows me to set a reminder if the recipient never responds or if I simply want to deal with an email later. This ensures I never miss an message. Before this feature, I can’t count the number of times important messages got lost because I simply forgot about them. Now, if someone doesn’t respond to a message, it pops back in my inbox.

Scheduling messages has vastly increased the speed and efficacy of how I email. I no longer need to keep messages in my inbox; I simply schedule them for later. This way, I can get to inbox zero (nearly) every day.

So, ultimately what makes Mailbox quicker is its scheduling prowess. I can quickly select to return a message later tonight, tomorrow evening, over the weekend, the beginning of the weekday or next month.

With Google and Microsoft, there are very few default scheduling options. For instance, with Microsoft, there are default options to schedule a message for today and tomorrow — that’s it. This means I need to hand select a custom date for many messages, manually scrolling through the days of the week.

Alternatively, the way Google designs manual scheduling ends up taking about 3–10 seconds each, partly because dates are not matched up with days of the week, so I have to spend time thinking whether June 2nd is a Tuesday or Wednesday.

It may seem trivial, but seconds add up to minutes very quickly. And, for those of us who answer a lot of email, that can mean an extra 10–30 minutes a day of wasted time.

I also really like Mailbox’s responsiveness when I’m in area of bad reception. Google’s Inbox tends to hang and wait for a signal. Even around San Francisco, there are many (many) spots of bad reception. I never have to worry about this with Mailbox.

There are other more sophisticated features of each app too numerous to detail in this review (you can read one thorough review of those features here). But, ultimately what I want is speed and that makes Mailbox king — for now. 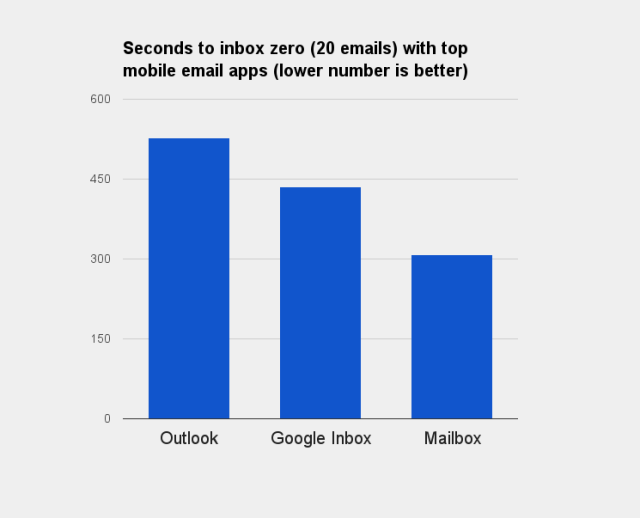 This section is for those who care about the method of my (relatively) unscientific study. I replicated 20 emails from my inbox and sent them to myself. There were a wide variety of emails, where I had to schedule a lunch, send an intro, or send a reminder. I then downloaded all 20 messages, put my iPhone in airplane mode and answered all 20. Mailbox was the quickest because I spend a lot of time scheduling email reminders. If you use other features, it may not be the fastest app for you.