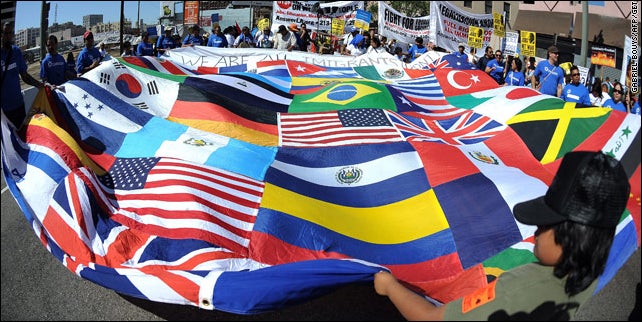 Entrepreneurship has become an essential part of the American ethos – a core belief ingrained in our notion of the American Dream- and nothing makes that more clear than the large number of migrants to the United States that seek self-employment through starting their own businesses. In a recent post, immigration blog Migreat created an infographic looking at the state of entrepreneurship within the US immigrant population, showing which groups represented the most entrepreneurial US immigrants.

Considering that (first-generation) immigrants only make up a paltry 13 percent of the US population, it should come as a surprise that immigrant-owned businesses have contributed 30 percent of the overall growth in the small business economy.

Utilizing data from the Pew Research Center and Fiscal Policy Institute, the graphic shows that immigrants from Mexico, India, China, Korea and Cuba lead in terms of overall participation in entrepreneurship. The data also shows, though, that within individual migrant groups, Greeks, Israelis, Palestinians and Syrians make up a greater proportion of entrepreneurship than within other nationalities.

Check out the full infographic below for the most entrepreneurial US immigrants: 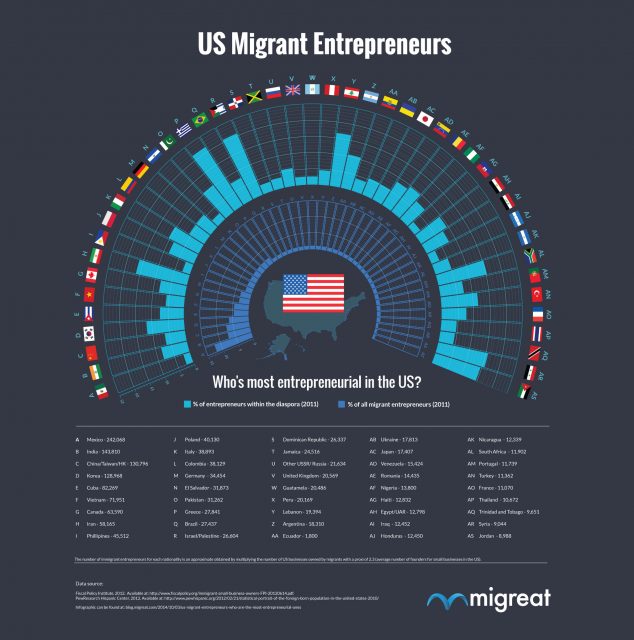