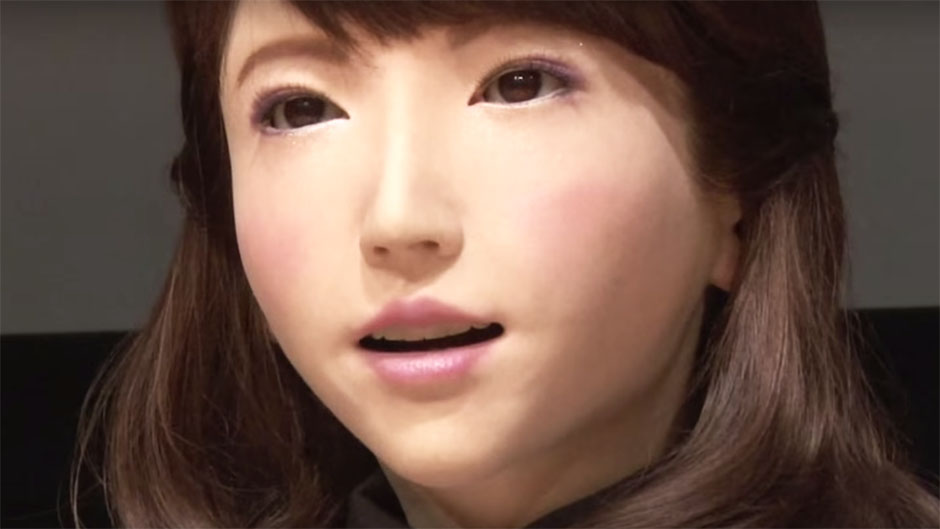 In a recent study that looked into whether people would be accepting of a robot coworker, a majority of people responded positively – with 70 percent of company managers saying that they'd definitely consider bringing in a robot as part of their work teams. In that same study, however, only a very small percentage of people would be accepting of automatons that resembled humans. Do you think you could work with a newly-created, hyper-realistic robot whose name is Erica?

The Erica android is a result of a collaboration between the Japan Science and Technology Agency, Osaka University, Kyoto University, and the Advanced Telecommunications Research Institute International (ATR). It was presented at Japan's Miraikan National Museum of Emerging Science and Innovation earlier this month by Osaka University professor Hiroshi Ishiguro, who's become renowned for his past work on creepily human-like androids.

This new Erica android is a major improvement on past androids in that it not only oddly mirrors the looks of your everyday human, but also features speech and body language that's reactive to situations and closely mimics our natural way of communicating. Sure, while it can only respond to rudimentary questions, like “What are your hobbies?” the Erica android responds much more naturally than past androids from Ishiguro's lab.

While it's certainly a great technological feat, this new android fully supports the uncanny valley hypothesis: that the more something looks and moves like natural beings (but aren't natural beings themselves), the more we experience revulsion. And, I mean, look at that thing – if you aren't freaked out in the least bit, then I applaud your ability to not think about our future robot overlords.

You can watch Erica interact with humans below, and then maybe hide yourself in the closet or something because the world is getting weird.