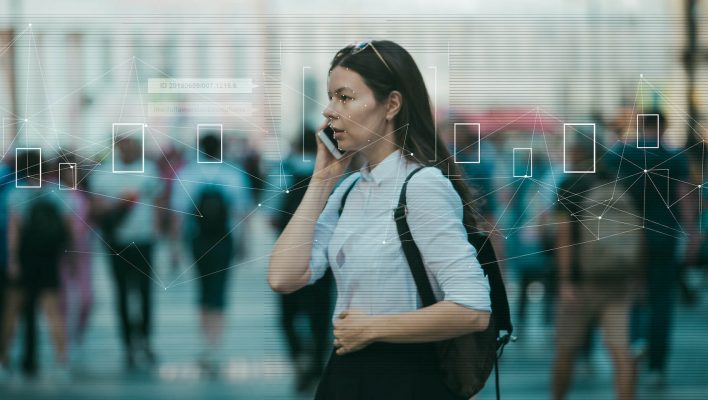 Facial recognition is on the cusp of its biggest ban yet, as the EU is reportedly mulling over the idea of enacting a temporary ban on the technology until the risks can be appropriately managed.

In 2020, it's safe to say that facial recognition technology is a bit controversial. Activists have spoken out at length about the problematic software's use in policing citizens, while tech giants have been hellbent on developing the tech and selling it wherever they can. And considering the tech represents a multi-billion dollar market, who could blame them?

Still, with the EU debating the merits of a temporary ban, the technology could take a backseat as far as development and employment are concerned, and that's kind of a big deal.

In an early white paper draft from the European Commission obtained by Euractiv, the commission proposed a ban of three to five years on the use of facial recognition technology in public places.

“Use of facial recognition technology by private or public actors in public spaces would be prohibited for a definite period during which a sound methodology for assessing the impacts of this technology and possible risk management measures could be identified and developed.”

The 18-page document draws inspiration from the GDPR, which specifically states that EU citizens are “not to be subject of a decision based solely on automated processing, including profiling,” which is exactly what facial recognition technology in law enforcement would do.

The goal of a temporary ban seems pretty obvious at this point. The technology is evolving at a dramatic speed, while the implications of its use are notably far-reaching and decidedly problematic. After all, we're talking about utilizing a new, undeniably flawed technology to locate and apprehend criminals. Suffice it to say, the slope couldn't be more slippery.

While an EU ban would be the biggest to date for the controversial technology, facial recognition has seen its fair share of backlash over the last year. From small towns denying its user, to prominent camera companies denying collaboration, getting facial recognition into the mainstream is proving to be an exercise in futility. And the roadblocks just keep popping up.

San Francisco issued a citywide ban of the tech last May. Amazon shareholders squelched any hopes of the company selling their Rekognition tech to law enforcement agencies in 2019. Axon, a police body cam manufacturer, rejected the use of facial recognition tech in its products in June. The entire city of Portland just enacted one of the strictest bans yet.

The reality is, until the technology is perfected (or at least not clearly racist), no one is going to get on board with a dystopian camera system deciding who goes to jail and who doesn't. And an outright ban from the EU for the foreseeable future would certainly have that effect.

The Implications of an EU Facial Recognition Ban

While cities and companies alike have clearly taken a stand against the technology, banning facial recognition from the entire EU would be a big move, particularly because it's so ready to roll out across a number of countries.

Germany plans to launch the tech in airports and train stations across the country after a successful test run in Berlin. France is poised to develop a digital identity system built on facial recognition tech for citizens to access government services securely. Even the UK, who is supposed to be leaving the EU on February 1st, could be affected by the ban, as three different police departments have utilized the tech in trials so far this year.

Subsequently, the EU ban could put a huge damper on plans around the continent, but that's not necessarily a bad thing. Facial recognition technology, more so than any technology before it, has high stakes, fast evolution, and little to no oversight. Even social media — which was given similar freedom in terms of regulations and had far less potential for dystopian future use — has turned into the harbinger of fascism and depression on a grand scale. In that regard, imagine what could happen with facial recognition technology if we don't slow down a bit.