You’ve probably heard lots of noise about a top-ranking Huawei executive being arrested in the past week. Since the incident, matters have escalated even further, with potential fallout between the governments of China, Canada and the US. We tell you everything you need to know about this ongoing story, and why you should care.

Huawei’s Chief Financial Officer, Meng Wanzhou, was arrested by Canadian authorities on December 1 at the request of the US government. She has been charged with misleading multinational banks about Huawei’s control of a company operating in Iran. This put the banks at risk of violating US economic sanctions against Iran.

China responded, demanding Meng’s immediate release and criticized her arrest and detention in Canada. As it stands, Meng is currently awaiting the verdict of a bail hearing, which would delay her extradition to the US to face charges.

Update 12/12 – Meng was granted bail by a Canadian court at C$10 million ($7.5 million USD). China, meanwhile, has arrested former Canadian diplomat Michael Kovrig, as he many have violated China's NGO laws while working for the International Crisis Group think tank.

So, how did we get here? And what does it mean for Huawei, China’s relationship with the US and you?

What Do We Know About The Huawei Allegations?

According to CNN, Meng is alleged to have worked to circumvent US sanctions on Iran by telling financial institutions that a Huawei subsidiary was a separate company. This would allow Huawei to sell more goods or services in the Middle Eastern country than permitted by the US sanctions.

According to Bloomberg sources, there was little tangible distinction between Skycom and Huawei, with the former simply acting as a sub-brand of the Chinese tech giant.

Paraphrasing sources, Bloomberg stated that “Skycom was part of Huawei’s company in Iran that worked on a contract with mobile operator MTN Irancell Telecommunications Services Co.” It also reported that “Former employees of Skycom have stated that it was not distinct from Huawei, and that Skycom employees had Huawei email addresses and badges.”

Currently, Canadian government prosecutors have to make the case on behalf of the US that Meng should be extradited to face charges south of the border.

Why is There Such a Fuss About This Arrest?

Meng’s arrest has caused a stir for a number of reasons. But at the heart of it all are tensions between China and the US, plus growing suspicions around the security of Huawei itself.

China, being a superpower on the rise, is seen as a threat to US political and economic influence. As one of the largest tech names in China, Huawei is being eyed with growing suspicion by the US and other western powers.

Governments around the world, including the UK, Australia, Germany, Japan and the US have all issued bans or restrictions on the use of Huawei devices by government employees. They’ve also blocked Huawei components from being used in infrastructure projects, claiming that Huawei is a vehicle for Chinese espionage.

Importantly, there’s been no tangible evidence that Huawei is involved in spying for the Chinese government. However, there’s a growing weight of opinion that it is the case – it’s something we’ve covered in depth on Tech.co previously.

There’s a further sensitivity to the arrest, as Meng is the daughter of Huawei CEO, Ren Zhengfei. While we couldn’t possibly comment on how his daughter got her job as CFO, Ren himself is a controversial figure with a powerful grip over the Huawei brand.

He was a senior figure in China’s military prior to setting up Huawei, and some have claimed that the ties between the company and the People’s Liberation Army have never been severed. Others have claimed that Huawei’s confusing corporate structure is actually designed to hide the fact that it’s controlled by the Chinese Communist Party.

However, the US doesn’t come out of this affair looking squeaky-clean, either. Asking Canada to arrest someone is perfectly legal, as long as there is good evidence to justify the arrest.

But, arresting the CFO of one of China’s National Champion companies, and the daughter of its CEO – just before trade talks with China to hopefully quell the brewing trade war – looks, well, a bit suspect.

Huawei Arrest: What Happens Next?

Meng has been granted bail but is still awaiting a court verdict which would grant her extradition to face charges in the US.

Huawei has said it has “been provided with very little information regarding the charges and is not aware of any wrongdoing by Ms Meng.” A Chinese foreign ministry spokesman told a press briefing in Beijing “We have made solemn representations to Canada and the US, demanding that both parties immediately clarify the reasons for the detention, and immediately release the detainee to protect the person's legal rights.”

China has also arrested a former Canadian diplomat, Michael Kovrig, as it is investigating whether he broke China's NGO laws for failing to register his activities for think tank International Crisis Group. It's unclear whether the two arrests are related. 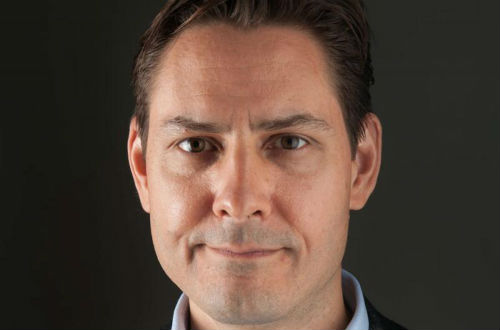 Beyond that, we’ll just have to wait and see how bad the fallout gets.

Rear more about China, tech and the West on Tech.co