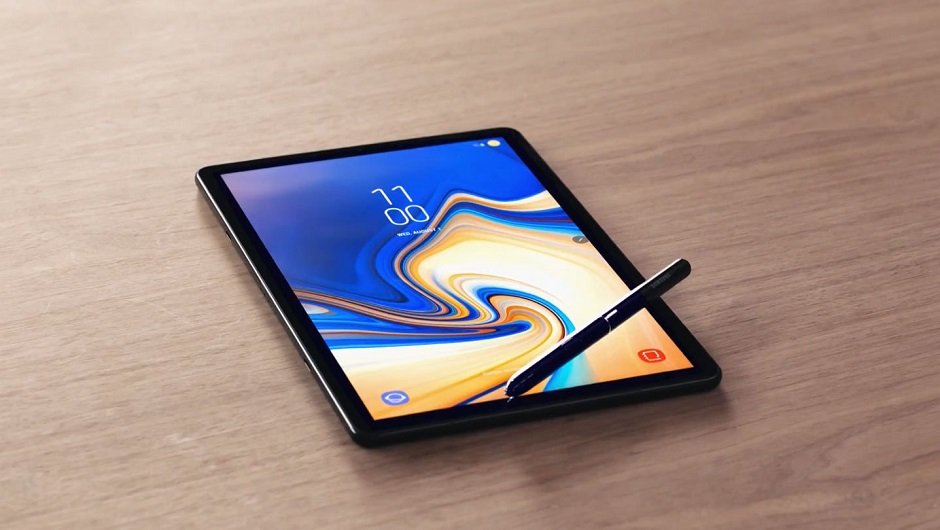 The just-announced Samsung Galaxy Tab S4 comes with a stronger battery, a slightly better display, and far more storage than its S3 predecessor.

Here's what Android fans should expect from the tablet device, as well as how it stacks up to the rest of the market.

First, the features at a glance:

The battery power is increasing alongside that growth in display size, so it remains slightly unclear how much longer the battery life will last in practical terms. Samsung is estimating a 16-hour charge, which should be more than enough to satisfy the typical user. 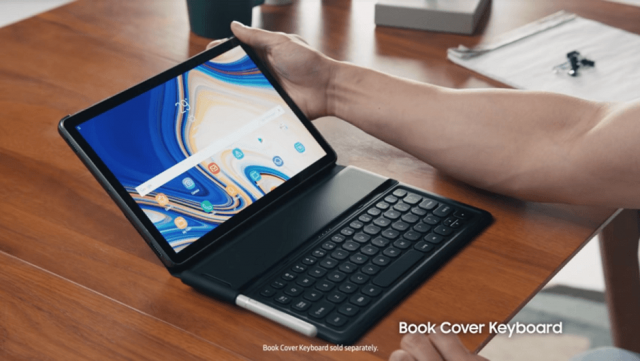 The S4 has an option for a keyboard dock, and the device comes with a new innovation for Samsung: DeX mode, which offers a desktop-style interface for those using a keyboard and mouse. Sadly, the book cover keyboard is sold separately, and it'll cost you $149.

Fans of the Tab S3's audio options should be happy with the new model. The S4 retains the four-speaker Quad array and adds support for the 3D Dolby Atmos audio format.

The upshot: A wider, more immersive screen pairs well with quality audio for video watching. The S4 should be a solid option for movie and TV addicts who want a portable option that's bigger than their smartphone.

The S4 comes with its own S-pen. The S4 supports lighter stylus pressure than the S3 (4096 pressure levels with a 0.7mm pen tip, to be specific), allowing for more precise control.

The new Galaxy tablet is entering a shrinking market, and one that's dominated by one big rival, though there are others worth mentioning. Here's the recap version of what the consumer tablet market looks like in 2018.

Of course Apple would be at the top of the list. Although the tech giant's tablet market share has shrunk since its 2012 heyday of over 60%, it still dominates at 28.8% of the global market, as of Q1 2018. As for how the devices compare: The iPad Pro is more powerful than the S4, with a better chipset and memory options.

The MediaPad M5 family of Android tablets, announced this past February, comes via the Chinese tech company Huawei. It includes the MediaPad M5, the MediaPad M6, and the MediaPad M5 Pro. As of the first quarter of this year, Huawei held ten percent of the tablet market, putting it third after Apple and Samsung. These tablets boast the smallest bezels on the market, while the Pro, like the S4, works with a stylus and keyboard dock.

Noteably, that 10% share is in the global market; Huawei's path into the U.S. tablet market might be shakier, given the political milieu surrounding them.

Amazon's tablet efforts might qualify as the loose cannon of the tablet market: Their market share sits at a deceptive 3.5% in the first quarter of this year, but the company's Fire tablets captured 15.8% of the market during the holiday-packed fourth quarter of 2017. 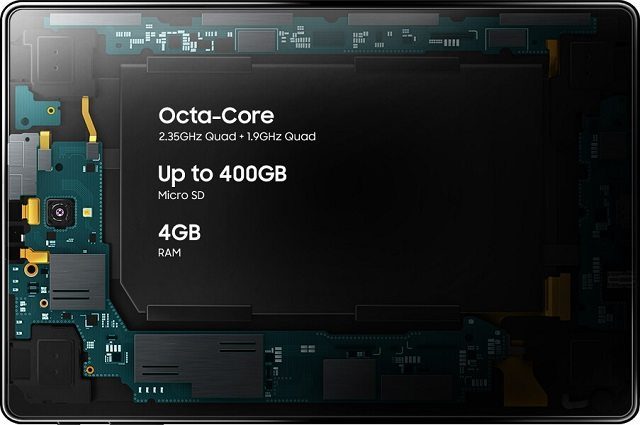 The S-pen stylus and a charger are packaged together with each S4 device, though as mentioned above, the $149 keyboard is sold separately.

Alongside the high-end Tab S4, Samsung also revealed a new version of its wallet-friendly Tab A series. Featuring a 10.5″, 1920×1200 resolution screen with a 16:10 aspect ratio, this new Tab A  should be perfect for watching your favorite films and TV shows on-the-go.  Storing this content shouldn't be a problem either, with the Tab A able to support up to 400GB microSD cards. 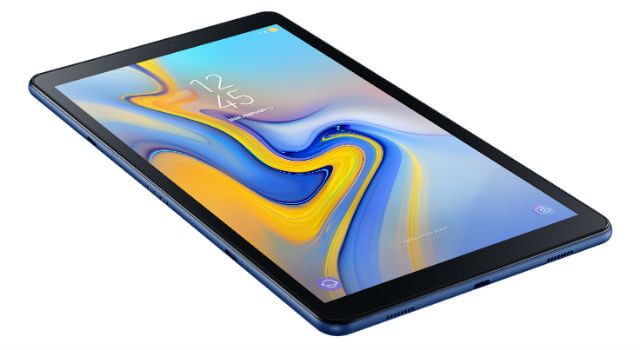 The Tab A also promises to be the perfect kids tablet as well, featuring a new “Kids Mode” with a restricted internet browser, Galaxy Apps for Kids and eight free child-friendly apps from brands like Toca Hair Salon and BRIO model railways. There's no word on price or availability, yet, but it'll cost a lot less than the $649 Tab S4.