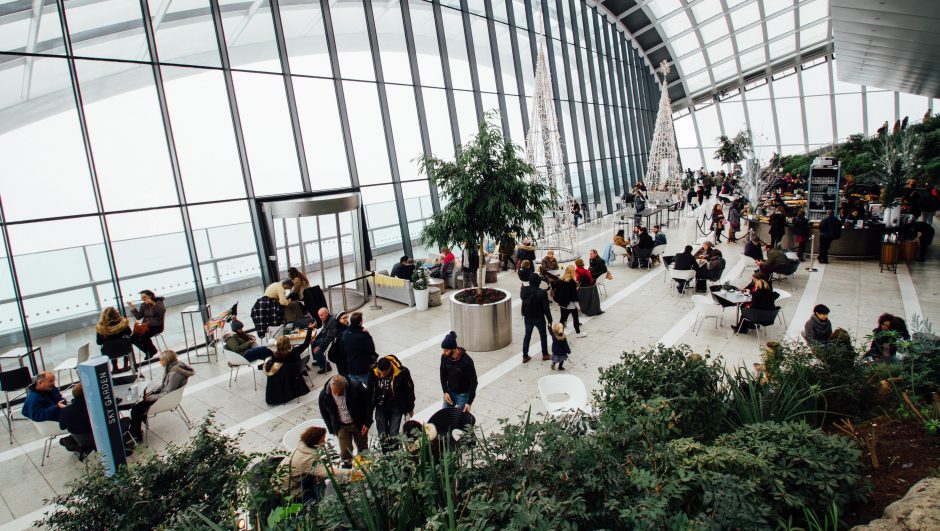 The speed at which technology has evolved in recent years has made understanding the influences of our day-to-day lives nearly impossible. From your Facebook news feed to the speed of your WiFi connection, the world of technology is shrouded behind an opaque veil of hearty firewalls, business jargon, and private data, preventing you from knowing exactly what's going on behind the scenes of the tech you hold so near and dear to your heart.

Fortunately, transparency is here to save the day! That is, of course, as long as tech companies and government agencies comply. Unfortunately, that's not always the case. While trust has become a valuable commodity in business, the tech world is still trying to catch up to the honesty needs of their customers.

“We do business in a culture that has experienced the erosion of privacy. It’s no longer seen as a virtue to be private,” wrote Neil Patel, cofounder of Crazy Egg in a Fast Company article.

Sure, companies like Uber and Apple have been able to skirt the unwritten rules of transparency without condemning their business to the corporate graveyard. But if you want to have more than a snowball's chance in hell of succeeding, internal and external transparency is an undeniable necessity. But how?

To delve a little deeper into what transparency in tech actually means, we've taken a look at three prime examples of companies and government agencies that are trying (or failing) to be transparent in their goings-on. Take a look at what we found below in terms of the good, the bad, and the ugly of transparency in tech.

If you've ever researched, looked up, or even accidentally typed the phrase “transparency” into a search engine, you've probably heard of Buffer, the social media management company that has made transparency their mission. They have gone far beyond the call of duty when it comes to being honest about what they're up to, in good times and bad.

One of the most important values in their company guidelines, “Default to Transparency,” spells it out pretty clearly for anyone wondering what's going on at the San Francisco-based company. So what exactly is Buffer transparent about? According to their website, literally everything:

This amount of transparency is, in so many words, unprecedented. However, when you realize that transparency has been an integral part of the company's culture since 2011, it's a little more understandable. After receiving positive feedback for simply tweeting out company milestones and disclosing product roadmaps, the company started a slow but steady process of unveiling the in workings of the company.

So what has this level of transparency lead to at Buffer? We asked an employee at the company to break it down for us:

“Overall, transparency at Buffer has helped to shape and define our culture for the better,” said one Buffer employee in an interview with TechCo. “It helps remove a lot of bias and ambiguity from things like our hiring and promotion processes. And of course, transparent email democratizes access to information. Transparency around information alone breaks down silos and removes a lot of communication overhead, which is especially key for a fully remote company like Buffer.”

When it comes to transparency in tech, no one does it better than Buffer. By assertively committing to this new trend in business, the company has made huge strides, establishing themselves as one of the premier social media management softwares in the world. To say it's all in part to transparency would be a bit of a stretch, but it's hard to argue with the results. Unfortunately, their model is not the norm in the industry just yet.

While huge strides have been made towards social media transparency, the everyday user is still very much in the dark in terms of what they see, how they see it, and why they see it. From the onslaught of fake news clogging up feeds across the world to the seemingly random blocking of accounts, social media companies have struggled (or refused) to make their platforms a model of transparency in real time.

The most public and troubling example of this is Facebook's egregious part in the spread of fake news during the 2016 election. While Mark Zuckerberg claimed early on that fake news represented “a very small amount of the content” on the social media website, up to 126 million users may have seen at least one fake news post at some point during the election. And, due to a substantial lack of transparency, Facebook hasn't made it any easier to combat the problem.

The height of this lack of transparency came when Facebook, along with a few other notable tech companies, were asked to testify in regards to the Russian involvement in the election. During the hearing, elected officials pointed out that, while Facebook claims to be on the side of fairness, their willingness to post sponsored political ads paid for in Russian rubles presented a clear lack of good judgement at best and a greed-driven apathy at worst.

Transparency in tech is one thing. But when it comes to social media platforms like Facebook, who have an undeniable amount of power in the world today, transparency is more than good for business; it's a societal necessity. Social media companies have an unprecedented amount of information at their hands, and allowing the level of behind-the-curtain work that has gone on has presented clear problems for their users, as well as the country as a whole. Speaking of which…

With trust in the government at what feels like an all-time low, you'd think that being transparent about technology would be at the top of the list. Considering the sweeping and unpopular changes to important technology-focused legislation in recent months, you'd think that the head of the FCC, for example, would jump at the chance to defend his decisions and start a dialogue with tech minds from around the world. Tragically, that is not the case, as Ajit Pai abruptly cancelled his appearance at CES late last week.

“Unfortunately Federal Communications Commission Chairman Ajit Pai is unable to attend CES 2018. We look forward to our next opportunity to host a technology policy discussion with him before a public audience,” said Gary Shapiro, CEO of Consumer Technology Association, the company that runs CES, in a statement.

Pai was scheduled to appear at CES for “a candid discussion on connectivity, spectrum issues, Next Gen TV, developments in broadband and competition policy, and a recap of the chairman’s impactful first year.” While Pai and the FCC have provided no comment on the reason for the cancellation, it is safe to say that the less-than-warm welcome and the expectation of biting questions dissuaded Pai from attending. Plus, as Jeremy Kaplan, the editor-in-chief of Digital Trends, pointed out, no one really likes him in the tech industry.

BREAKING: @FCC chairman @AjitPaiFCC bails on #CES2018 keynote. I'm going to go out on a limb here and say he realized that the tech industry kinda despises him

Regardless, Pai is the head of a government organization that has experienced widespread backlash for a policy change that nearly 75 percent of Americans were not in favor of. Even if you might get your feelings hurt, you need to step up and address the people of the country that want answers.

If somehow you haven't heard, Ajit Pai and the FCC repealed the law put in place by Obama's administration in 2015 that prevented internet service providers from having free reign over the world wide web. Now, ISPs are able to throttle content, provide paid fast lanes, and further monetize the already complicated process of using the internet. The decision warrants a level of transparency beyond anything on this list, which is why it's more than just ugly; it's downright wrong that they cancelled.

Read more about trends in tech on TechCo