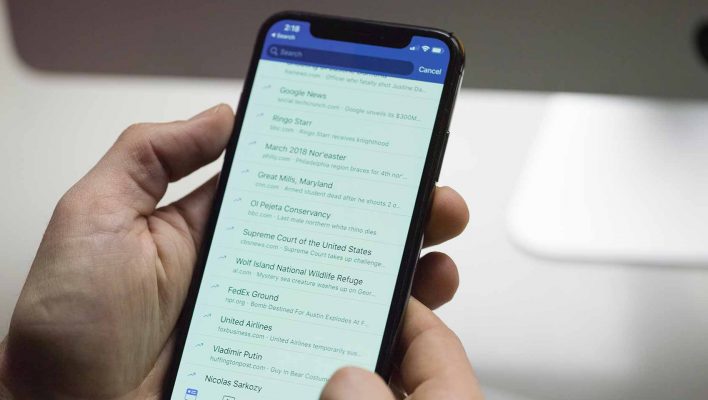 Facebook has, yet again, decided to add more features to its platform, rather than fixing its existing problems.

New data exporting tools should make it easier for users who want to leave Facebook and keep hold of all the memories they've posted to the site, while new audio-only tools that ape other platforms show that social media innovation is, well and truly, dead.

Will Facebook's “throw it at a wall and see what sticks” approach to product development ever bear fruit?

Free markets are supposed to breed innovation but, yet again, another social media giant has decided that the way to inspire a flagging user base is by copying Clubhouse.

In an interview with Casey Newton, a former reporter for The Verge, Mark Zuckerberg announced that Facebook was planning to launch “Soundbites” and live audio rooms within the next few months.

Soundbites is designed to be a short-form audio tool, similar to Tweets with Audio. The live audio rooms, meanwhile, will let groups of people listen to and interact with speakers on a virtual “stage.”

The live audio room feature is, of course, copying the main feature which made Clubhouse interesting, beyond the faux-exclusivity of its invite-only signup process. Twitter, naturally, is working on a similar feature called “Spaces.”

“Audio as a medium just allows for longer-form discussions and exploring ideas,” said Zuckerberg during the interview. “You can get into topics that frankly are a lot harder to with other mediums. And audio, I think, is just a lot more accessible because you can multitask while listening.”

But, if there's one thing Facebook could do without, it is further tools to encourage discussion around “harder” topics. The company has been working to improve its approach to moderation — with successive attempts at light-touch strategies failing spectacularly.

Facebook is currently employing extra moderation measures around the trial of Derek Chauvin, the former police offering accused of murdering Minneapolis man George Floyd — which should be applauded.

Facebook has said it will remove content that “praises, celebrates, or mocks George Floyd's death.” It has also designated Minneapolis a “high-risk location” where it will seek to remove calls to bring weapons to events”.

Users can, apparently, “discuss, critique, and criticize the trial and the attorneys involved” but Facebook will remove content that violates its policies. It has also said it may “limit the spread of content” that its “systems predict is likely to violate our Community Standards” as well as removing “events organized in temporary, high-risk locations that contain calls to bring arms.” Of course, one wonders why Facebook doesn't simply ban all events that encourage attendees to bring firearms.

A new audio-only feature will test Facebook's moderators and moderation strategy even further. New tools will have to be created to manage the scale of audio content — it would be impossible for real people to listen to every audio clip. What's more, will these tools be available to users outside of the US? Will there be tools and teams ready to moderate audio clips in Spanish, Portuguese, French, Hindi, Arabic, and other languages?

Facebook is trying, perhaps not as hard nor as quickly as some would like, to get its house in order. However, adding new features, using new mediums of communication will only serve to complicate the picture and make existing issues even harder to fix.

Separately, Facebook announced that it was expanding the ways that users can export the data they've uploaded to Facebook.

Soon you'll be able to directly transfer notes and posts to Google Docs, Blogger, and WordPress. Previously, users could transfer their photos and videos to Dropbox, Google Photos, Backblaze, and Koofr. Facebook also said that it was renaming the tool Transfer Your Information.

“We designed this tool with privacy, security, and utility in mind,” read a Facebook statement. “We'll ask you to re-enter your password before the transfer starts and encrypt your data as it moves between services, so you can be confident it will be transferred securely.”

Having users remain in control of their information sounds great but, as ever with Facebook, there's a catch.

“The ecosystem we are building to support data portability will not come to fruition without regulation that clarifies which data should be made portable and who is responsible for protecting data once it has been transferred. We hope that today’s updates can help advance conversations with policymakers, developers, and experts about these issues.” – Facebook statement.

Facebook is showing that while it can create tools to help users control their data, it won't do much more without prodding from governments.

Facebook's recent announcements do more to show that the company which was once at the forefront of online culture has fallen well off the wagon.