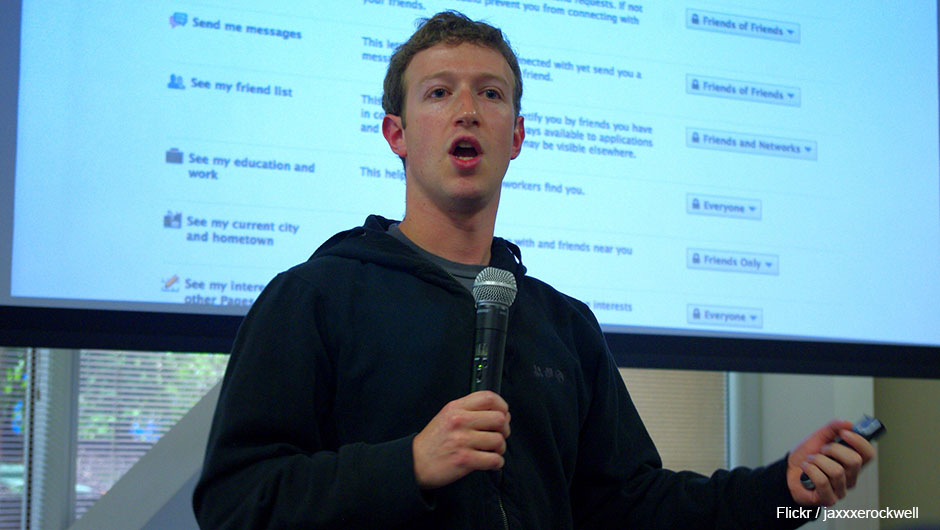 9Facebook released its latest set of diversity stats – a year after it released its first diversity report – and it seems that the company has a long way to go before its desires towards a more diverse cohort of employees is achieved.

According to this year's Facebook diversity report, the company's composition has remained largely unchanged since its announcement last year (at the time of releasing their first report) that it would strive to increase diversity within its ranks. While there were certainly some gains in the number of women and minorities (albeit small gains), Facebook continues to remain predominantly white and male. In the past year, the percentage of men at the company fell down one percent to 68 percent; the percentage of white people at the company went down two percent – now at 55 percent. 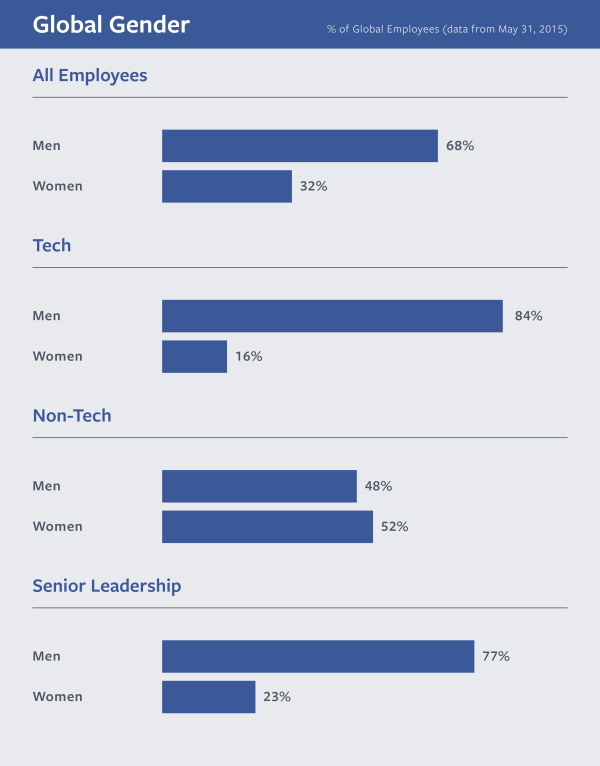 Looking further into the numbers, though, there hasn't really been much progress overall. For one, while women in tech positions at the company increased from 15 percent to 16 percent, there was zero percent change in the number of women among Facebook's leadership. And, while a slightly higher share of tech jobs went to minorities (growing to 49 percent from 47 percent), such increases were due to a growth in jobs to Asians. In the past year, the company has struggled to attract people of other racial backgrounds, with Hispanic representation falling from four percent to three percent.

“While we have achieved positive movement over the last year, it’s clear to all of us that we still aren’t where we want to be. There’s more work to do,” writes Facebook's global director of diversity, Maxine Williams, in the Facebook announcement. “We remain deeply committed to building a workplace that reflects a broad range of experience, thought, geography, age, background, gender, sexual orientation, language, culture and many other characteristics. It’s a big task, one that will take time to achieve, but our whole company continues to embrace this challenge.”

At least the company is able to admit that there's still a lot of work to be done in order to attract a more diverse group of talent. Along with the report, Facebook announced a few initiatives that it will be implementing/has implemented to encourage more women and minorities to apply to the company. Some of these programs include a diverse slate approach to recruiting, requiring that minorities are represented in each group of qualified job applicants; improvements to its Facebook University training program, which recruits students from underrepresented backgrounds; and an overhaul of its “Managing Bias” training course.

Facebook's new diversity numbers are disappointing – yes; however, it's at least a big tech name in Silicon Valley that's actively targeting its diversity issues. Overall, the tech industry repeatedly fails to make strides in diversity. As I've argued previously, there's a dire need for Silicon Valley to improve their diversity numbers, and – at least – Facebook is making a conscious effort to fix the previous narrative associated with the Valley.

You can read the full report on Facebook's new diversity stats here.