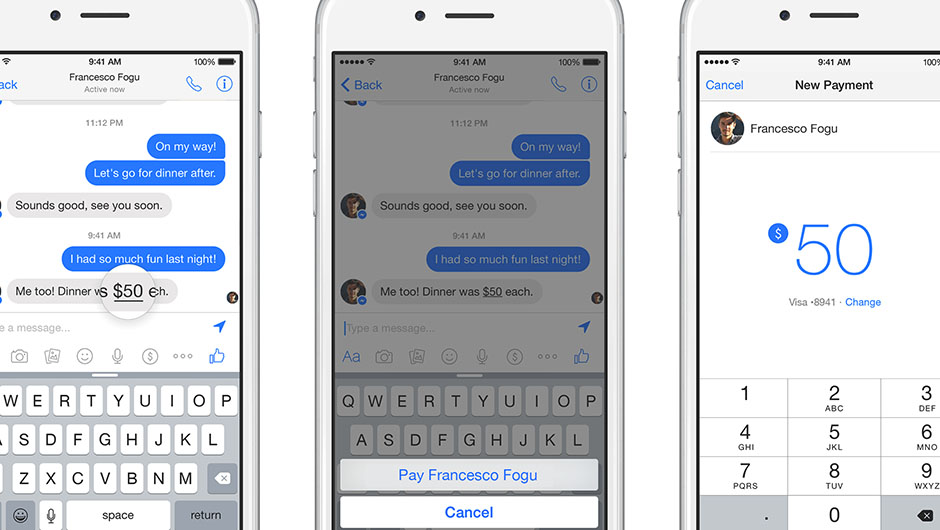 Back in March, Facebook announced that it would be adding a new payments feature to Facebook Messenger, to allow people on the platform to make social payments with their network of connections. Today, the company announced that the feature will be rolled out to those in New York City and its surrounding metro areas.

According to a representative from Facebook, the payments feature in Messenger was only previously available to those in smaller cities, including Seattle, WA; Portland, OR; and Austin, TX. NYC will be the first major metropolitan area in the United States where the payments feature will become functional for Facebook users.

The Facebook Messenger payments feature will allow people to send and receive money with their contacts on Facebook. Similar to the way Venmo allows easy and seamless transfer of money between contacts, Messenger will now allow Facebook users in New York City to transfer money securely online. The transactions can happen whether the user is using Messenger on Android, iOS, or desktop.

With the feature now available in New York, Facebook can capitalize on the inherently social nature of the city and its denizens. I mean, many of my friends and I do utilize Facebook Messenger as a primary means to discuss social events via group chats. By having the payments feature activated in NYC, users now have access to a more convenient way for social payments: right inside those Facebook conversations themselves.

Not sure what the response will be considering that a recent report from Pew suggests that the majority of Americans have very little trust in social networks like Facebook keeping their data private. The feature also comes months after Snapchat introduced Snapcash, its own social payments feature. Facebook plans to slowly roll out this payments feature, going from on market to the next and testing how users respond.