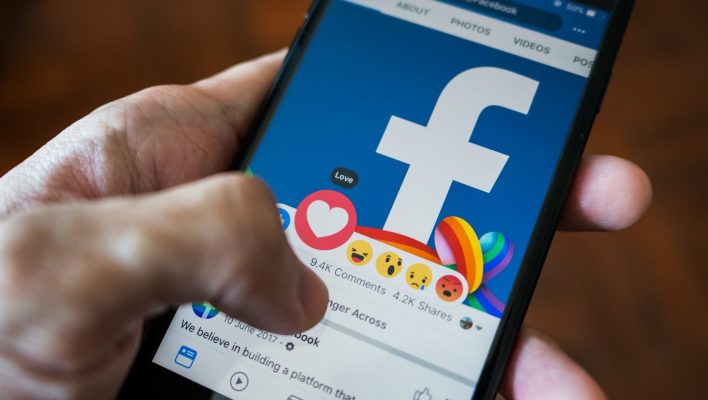 Facebook debuted a series of full-page newspaper ads in major outlets yesterday, with another appearing today. They all make the same argument, claiming Apple is hurting small businesses with its policy tweaks aimed at limiting data gathering and targeted ads within iOS 14.

These same policies, which are rolling out in early 2021, will also be impacting Facebook's data gathering practices, which have long been criticized for hoovering up far more consumer data than they need to.

Apple's new approach means that apps will need to ask iOS users for permission before they can gather data on their activity. Users will be prompted with a pop-up from each app developer explaining why they need the data.

Apple says the idea is to give users an idea of how and why their data is being used. Facebook says that giving users the chance to opt out will make highly targeted ads impossible, and this will hurt the small businesses who depend on those ads to make sales.

Oddly, Facebook is downplaying its own losses in this situation, perhaps because they know the general public doesn't have a lot of sympathy for whether Facebook's shareholders add another zero to their bank account. The most recent ad has the grandiose title “Apple vs. the free internet,” implying that a free internet must be paid for with unmodulated data tracking.

“Yes, there will be an impact to Facebook’s diversified ads business,” says Dan Levy, Facebook's head of ads and business products, “but it will be much less than what will befall small businesses, and we’ve already been factoring this into our expectations for the business.”

This is far from the first time Facebook has taken a swing at Apple in recent memory. It has also spoken up against the App Store's restrictive policies, and just this week slipped in a snarky aside while noting its approval of the EU's new Digital Markets Act, saying it hopes the act will “also set boundaries for Apple.”

But while it's easy to make fun of two huge tech companies publicly getting into pretentious slap fights, the clash could result in dire consequences for consumers everywhere.

But it wouldn't be fun if both sides didn't get their licks in: Apple has responded to Facebook.

“We believe that this is a simple matter of standing up for our users,” Apple's statement says. “Users should know when their data is being collected and shared across other apps and websites — and they should have the choice to allow that or not.”

Apple goes on to make a good point: Their App Tracking Transparency feature in iOS 14 doesn't actually require Facebook to change anything about how its data tracking is set up. But it does force Facebook to give users the ability to opt out of it.

So which tech giant has the most consumer-friendly argument? In this particular case, it certainly appears to be Apple and the lifeline its iOS updates give to users who want to keep their data private.

That said, don't praise Apple too highly. Fortnite owner Epic Games is fighting Apple on a separate front, after the iOS Fortnite app was suspended in August when Epic Games bypassed Apple's required payments system. Here, Apple is taking the less consumer-friendly stance, as Epic Games is trying to reduce Apple's hefty 30% cut of all app developer revenues (and Facebook is pitching in to offer anti-Apple legal help).

We at Tech.co all agree on one thing: This couldn't be happening to a nicer set of bloated, dominant tech conglomerations.

Tech giants will be sweating in 2021

It's been a long process, but at the end of 2020, Facebook's reputation is worse than ever, having continued to hit rock bottom after rock bottom (yes, I'm torturing that metaphor) since its Cambridge Analytica data scandal was disclosed in 2018. Now, it's beginning to look a lot like antitrust litigation. Earlier this month, the FTC teamed up with more than 40 states to slap Facebook with a suit for buying up any social media rivals who were poised to compete with it.

It's not just Facebook and Apple. Earlier today, another suit dropped: A bipartisan collection of 38 states is suing Google, alleging antitrust violations related to how Google's been treating its search competitors. It's the third ongoing antitrust suit Google faces.

Granted, the tech giants might bulldoze the allegations — they've weathered similar ones in the past. But the mood has definitely shifted against massive tech companies over the past few years, and as the new Apple-Facebook skirmish indicates, they're starting to turn on each other. 2021 might just see the tech world reshape to support a (slightly) healthier environment for new competitors and for consumers' data privacy.