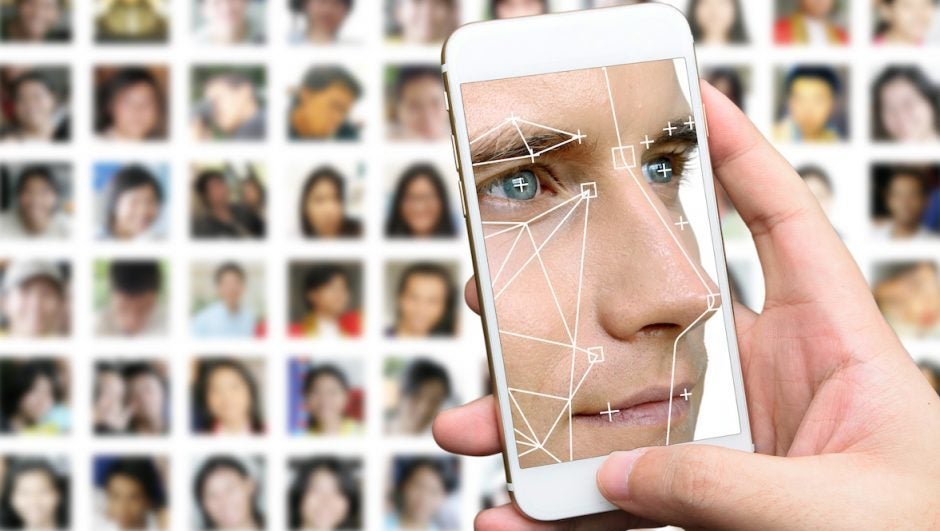 The beauty of technology lies in your ability to opt out if you so choose. It's as easy as not buying a smartphone, disconnecting your WiFi, or even deleting Facebook. Granted, these aren’t easy or popular choices, but opting out is still an option. However, with innovations to “smart” cameras loaded with facial recognition technology, there’s a pressing existential problem: the fact that you can't opt out at all.

Unlike smartphones and social media, facial recognition technology leverages the fact that everyone, well, has a face. Its deployment is based on target data that effectively can't be blocked or circumvented, short of wearing a ski-mask.

When your own face becomes a data asset that’s personally identifiable, trackable, and usable by profit-hungry companies, government organizations, and legal bodies, the right to remain faceless should become a priority concern.

The Evolution of Facial Recognition

Even last year’s Apple iPhone X Face ID demonstration made advanced facial recognition technology seem like quite a ways off, with a demo bust that, while explainable, didn’t do much to inspire confidence in the tech.

Despite such bumps in the road, the evolution of facial recognition tech has been swift and impressive, and all the big tech companies have begun to take their piece of the pie. Microsoft is developing a software for businesses that will effectively track everything anyone says in a meeting through voice and facial recognition technology. Google’s Arts & Culture app can match users’ pictures to old paintings, though the suspicious backlash it received showed there’s still a degree of distrust around handing facial data over to the tech giants.

And the face-spotting fun doesn’t stop at tech companies. Entire cities are getting in on the action, partnering with companies like AnyVision and Nvidia to set up smart cameras equipped with facial recognition technology that is said to be “99 percent accurate.” They even claim to be able to identify marathon runners in real time, according to a pretty convincing video:

Facebook's Tag Suggestions feature is one of the most recognizable iterations of facial recognition technology. This smart tool looks through all your pictures, and suggests which of your friends might be in those pictures.

These auto-tagging features have come a long way since the early days, when they were barely accurate enough to be consistent. Facebook can now recognize individuals within photos that they never personally uploaded to the internet. And if that sounds potentially illegal to you, you're kind of right!

Illinois residents were recently given the go-ahead to proceed with a class-action lawsuit against Facebook due to its use facial recognition technology. The move was approved because of Illinois' Biometric Information Privacy Act, which insists tech companies need to follow strict guidelines in the use of biometric technology, the primary of which is consent.

The social media giant has infamously been pretty lax when it comes to asking for consent to use data, and this time it could cost it both money and reputation.

In what sounds like an action movie scene, Chinese police last month arrested a wanted criminal at a concert by Hong Kong pop star Jacky Cheung in Nanchang, Jiangxi province. The criminal in question even told officials that he had believed the crowd of 50,000 people would provide plenty of cover. Unfortunately for him, he was wrong.

Apparently, his face was one of many stored in a massive database used for these kinds of criminal investigations, and he wasn't the first to be arrested because of it. Officials were able to arrest 25 people in a single moment at a Chinese beer festival thanks to the technology, including one that had been on the run for 10 years.

Even if they had wanted to, these criminals never had the option to opt out of such facial data logging. But that right to opt out is no more readily available to law-abiding citizens either. And that creates a slippery slope to an unsettling future.

Modern iterations of facial recognition technology are certainly improving to a point of legally assisting with crimes. Unfortunately, like any piece of modern technology, it still has its bugs. Softwares, like the kind used by the police in the UK with an 8 percent accuracy rate, continue to send back mistake after mistake, proving that the technology might not be ready for primetime. But don't tell that to the law enforcement agencies using it to catch the bad guys.

With no notable laws or national regulations in place to make sure everything is running smoothly, facial recognition technology could usher in a dystopian future the likes of which have only been seen in sci-fi movies. Soon, it could be impossible to go from your front door to the office without these smart cameras tracking your every move.

And, because you can’t opt out of having a face, there will be no way to avoid it, meaning you’ll potentially have more control over your online persona than you do your offline life.

Opting Out of Face Recognition

In a world increasingly dependent on your personal data, opting out of the technology that captures it still remains a viable means of protecting your information.

Still, opting out can be difficult – living without a smartphone is incredibly difficult in the modern world, particularly with apps like Google Maps, Venmo, and Shazam providing all the convenience a person could ask for. It can be unpopular, too – just try being the only friend in your circle to eschew all social media. But, the right to opt out is an important personal liberty in the age of data commodification.

Unfortunately, facial recognition technology is making that option obsolete with every passing innovation, and that’s a problem. We’ve been hurriedly playing catch-up in regards to our right to opt out of online tracking, data mining, and other shady online behavior, particularly in the last few years. If we’re not careful, we could end up going to war with tech companies over the data written into our real-world faces. And #DeleteFace will be a much harder hashtag to get trending than #DeleteFacebook.

Read more about the problems with facial recognition technology on TechCo