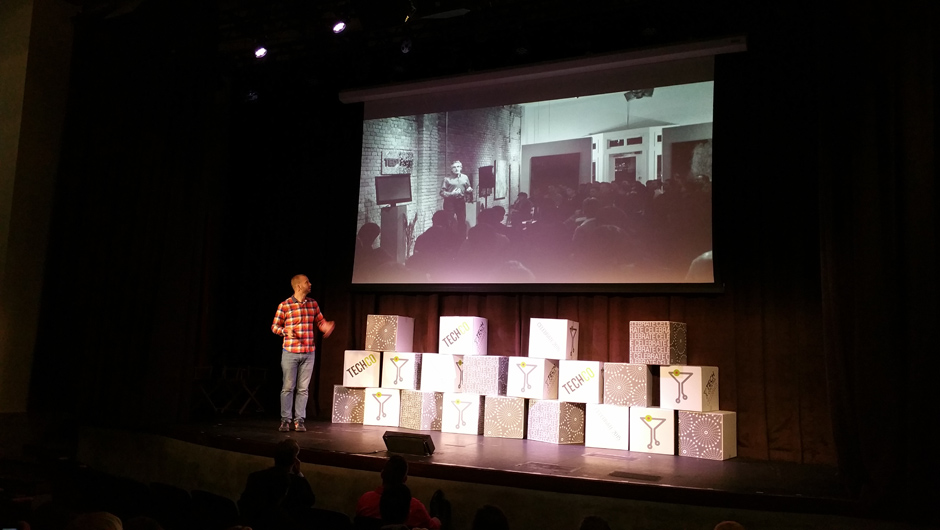 How do you create a community you want to be a part of? It's an enduring question that most, if not all, startup ecosystems have to tackle as they grow and attract entrepreneurial talent. For Greg Tehven, cofounder of Emerging Prairie out of Fargo, North Dakota, his journey has proven to be unique.

Tehven hosted a workshop at our Tech Cocktail Celebrate Conference that was centered on how to create a community that you want to be a part of – something he's been personally invested in for a long time in Fargo. He shared personal insight and expertise learned curating TEDx talks, hosting 1 Million Cups, and driving Startup Weekend in Fargo.

Throughout it all, Tehven has maintained a firm commitment to four principles that help him continually push Fargo to be the most important city in the world:

The very first project he ever worked on in Fargo was TEDx in February 2012. They had a $5,000 budget, only four speakers, and he didn't think it'd be very interesting. Low and behold though, the show began to grow over successive years and they built in a number of activities to get the community more engaged.

What Tehven realized was that by giving 50 volunteers meaningful opportunities, they felt like they were a part of the community and were building it out as they best saw fit. His efforts were anything but a failure as current TEDx Fargo talks haul in around 1,800 people on average.

According to Tehven, one of the biggest mistakes people make at these events is that they're built only for people who can afford to pay the price tag on the ticket. Fargo, rather, wants to bring in as many different people into the room to simply talk about entrepreneurship. He pressed us all to think about the different ways we could educate our cities and communities while also driving higher engagement across the board.

Tehven is convinced that entrepreneurs drive the economy, but he thinks that artists drive culture. In his opinion, the best thing you can do to support artists is to buy their work, hire them, and incorporate them into events. A few years back he put a call out on Facebook to have dinner at midnight – it wasn't entirely serious, but a lot of people decided it would be fun. So, they made a midnight brunch event in which artists are a central part of the night. Artists design the table layout, and there are a host of performances across the events like ballet, symphonies, and magic acts. What they found was that bringing people together late at night, fueled by an artistic environment, was a major factor in fostering relationship growth.

Build on Your Bright Spots

There's an event hosted in Fargo, and pelnty of other US cities, called 1 Million Cups. Entrepreneurs get up to speak for six minutes and then the crowd asks questions for 20 or more minutes afterwards. Fargo began hosting the event almost satirically, attempting to prove that it didn't work out. However, within nine weeks they had outgrown their venue, and ultimately had about 180 people showing up every single Wednesday to attend.

What's the bright spot here? For Fargo, it's the robust community that supports these entrepreneurs. They're incredibly good at mobilizing and coming together around great tech and entrepreneurs, as is evident in the growth of the drone market in North Dakota. Because of the community, what started out as a fun, small event soon grew into a massive event that promises big results for Fargo.

This is the most important, per Tehven. Fargo is a white, male, Christian, and middle to upper class dominant community, but they're constantly clinging to this idea of radical inclusivity. For example, there's a startup house in Fargo that doesn't cost any money to live in – the owner Miguel practices his inclusivity by only asking how he can help the entrepreneurs living there, no matter who they are. Further, Tehven tells us that at all of their events they have vegan friendly meals so nobody ever has to feel left out when it comes to something as simple as food choice.

Those are obviously somewhat micro levels, and on a more macro level Fargo as a whole goes above and beyond to welcome newcomers to the community. They helped host Misfit Inc and their first conference three years ago, and the self-proclaimed community of eccentrics felt so welcome that they kept going back to host. In Fargo they want to make one thing certain: no matter who you are, everybody deserves to be part of the experience.