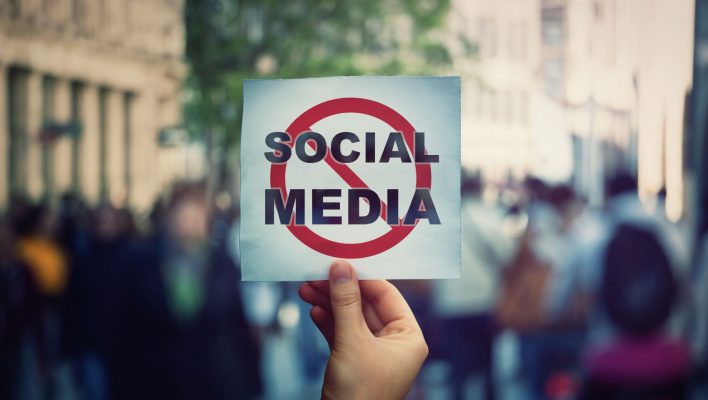 A new bill has passed the House and Senate in Florida that would allow state officials to fine social media companies for banning politicians, and yes, it is as ridiculous as it sounds.

Former President Trump was banned from Twitter and suspended from Facebook earlier this year after the January 6th attacks on the Capitol. Subsequently, many conservatives spoke out about the tech industry's dramatic concentration of power when it comes to freedom of expression.

Now, this new bill from Florida is poised to address the problem in the least helpful way possible, by fining social media companies for banning politicians.

What is in the new bill in Florida?

The bill — which now needs only a signature from Governor Ron DeSantis — is aimed at curbing the de-platforming of Florida politicians, handing them exceptions to content moderation rules common on platforms like Facebook and Twitter. It institutes a $25,000 fine per day for social media companies that ban Florida politicians, and a $250,000 fine if those politicians are running for office.

The fines are only incurred if the politicians are permanently banned, so temporary bans of less than 14 days will not draw the ire of the bill. As for what spurred the bill into existence, Florida conservatives insist the timing is just a coincidence.

“This bill is not about President Trump,” said Rep. John Snyder (R) during a debate covered by NBC News.

Let's be honest, that's pretty hard to believe. Even if that were the case though, the bill doesn't do much to address the actual concerns of the tech industry's decided overreach.

Will the bill actually solve anything?

If we're being honest, probably not. For one, the tech industry has been happy to take much larger financial hits for their questionable behavior. Anti-trust suits from around the world have been levied against the likes of Google, Facebook, and many others to the tune of millions of dollars, and that's barely slowed them down.

Additionally, it would seem that Florida Republicans aren't thinking about the grander scope of this kind of law. NetChoice, a free expression advocacy group that testified against the bill, put this lack of insight into perspective:

Simply put, this kind of overarching bill doesn't take into consideration the nuances of the social media landscape, as is a common problem with politicians trying to make laws for the digital ecosystem. Plus, when a law like this one is so riddled with hypocritical exceptions, it's hard to take it seriously.

The new Florida bill takes a hard line on freedom of expression, making it clear that state officials want the tech industry out of politics. That is, of course, unless a company generates billions of dollars for the state's economy, like say DisneyWorld does for Florida.

As such, the bill can be found with a clear special-interest exception that calls its legitimacy into question.

“The term does not include any information service, system, internet search engine, or access software provider operated by a company that owns and operates a theme park or entertainment complex.”

Curbing the unbridled power of the tech industry is a bipartisan issue at this point. However, bills like this do little to actually address many of the concerns, and merely adds to the partisan bickering so common in the political process. Plus, if you can't stand up to DisneyWorld, what hope do you have of taking on the entire tech industry?