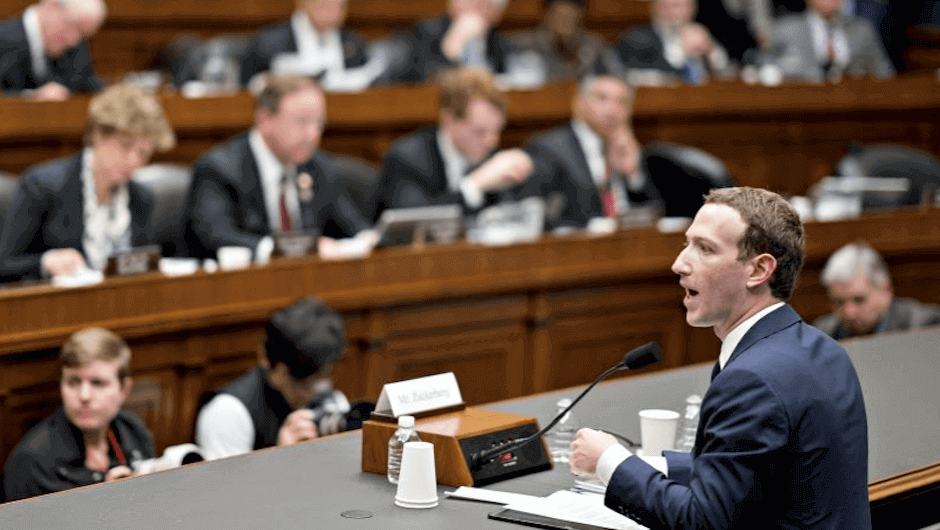 The tech industry is always at the forefront of innovation. Unfortunately, government moves a bit slower, which makes regulation that much more difficult. Well, that, and the fact that most politicians are too out of touch to even understand the problems facing the tech industry, let alone regulate them.

Particularly in the past year, tech and government have butted heads over how innovations such as artificial intelligence, social media and data collection are changing the world around us. Between the Congressional Hearings and the technology councils, the scuffle has produced little by way of concrete results, outside of a few scrapped bills and the increasing public fear of a technology-fuelled apocalypse.

So what's the hold up? Is the tech industry too complicated to regulate? Are the courts simply moving to slowly to get anything done in a timely manner? No! Politicians just don't know what they're doing when it comes tech, and they aren't willing to ask for help.

How Out of Touch Are Politicians?

There's a clear generational discrepancy between those running the major tech companies and those attempting to regulate them.

According to the Congressional Research Service, the average age of a House Representative is 57 years old, and the average age of a Senator is 61 years old. While seniors are certainly not incapable of understanding and utilizing the many innovations of the tech industry, the age disparity doesn't help, particularly when the average age of Silicon Valley entrepreneurs is more than a decade younger.

This, combined with the notably different digital lives led by average politicians, can make it pretty hard to understand and regulate the tech industry. How hard? Well, just see for yourself.

As perhaps the quintessential example of the disconnect between politics and tech, the Facebook-focused Congressional Hearings were painful to watch if you know anything about technology. Mark Zuckerberg deserved a grilling, no doubt. But along the way, he fielded some inanely uninformed questions, including, but not limited to: 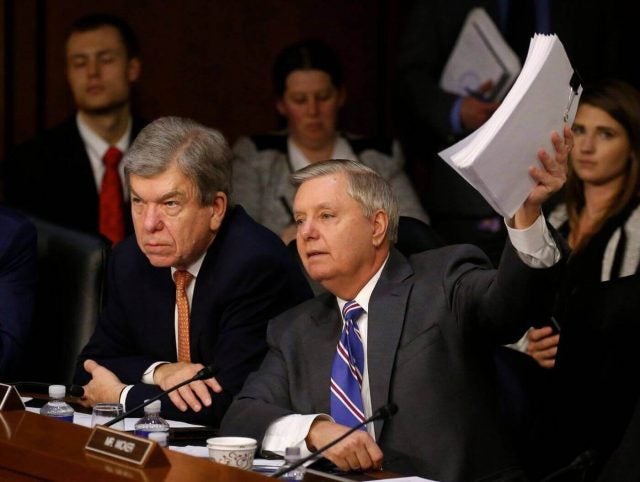 These questions demonstrate a fundamental lack of understanding of not only how Facebook works, but of how the internet as a whole works on a day-to-day basis. We can't expect a group of people so behind on understanding the digital world to draft and pass the laws needed to govern that world.

Printing out a portion of the internet and complaining about how long it is – even if it is an egregiously lengthy privacy policy – might make a point, but it might equally make you look hopelessly out of touch.

As CEO of Apple, Tim Cook has to deal with out-of-touch politicians more than most in the tech industry. While his patience is herculean in the face of the style of questions we saw above, a recent VICE News interview showed how Cook really feels about dealing with the illiteracy of Congress when it comes to tech and privacy.

“It's a challenge,” said Cook.

When someone as mild mannered as Tim Cook is describing dealing with you as “a challenge,” you know you're struggling. Though Cook has been spared the kind of grilling that Zuckerberg so memorably endured this year, Apple has had its fair share of heavy-handed political interjection:

In 2015, two shooters descended on the California town of San Bernardino, killing 14 and injuring 22. During the investigation, the FBI found an iPhone belonging to one of the shooters. It hoped to discover a motive or further intelligence based on the information contained within it. Unfortunately, due to Apple's robust encryption protocol, the FBI was unable to access the phone's data.

The FBI eventually sourced the task to a third party. But along the way, James Comey called for laws that would make Apple and other smartphone manufacturers build in backdoors to their encryption, so the FBI could access a device. Apple refused to comply.

“The growing use of encryption is overwhelmingly affecting law enforcement,” Comey testified before the Senate Intelligence Committee.

Comey isn't the only person who has called for encryption's dismemberment. In 2016, Diane Feinstein and Richard Burr drafted a similar law that would force these companies to provide unencrypted information to law enforcement when it was deemed necessary.

To say the proposal went down badly would be an insult to badness.

“I gotta say, in my nearly 20 years of work in tech policy, this is easily the most ludicrous, dangerous, technically illiterate proposal I’ve ever seen,” said Kevin Bankston, the director of the New America Foundation’s Open Technology Institute, to WIRED.

The problem is, encryption does a lot more good than harm. For every government agency that can't get the information they need, there are hundreds of scammers, phishers, and hackers unable to access your personal information. For every FBI director befuddled at how to access the data on a smartphone, there are dozens of malicious groups equally frustrated. And that's a good thing.

Yes, encryption protects criminals doing bad things on the internet, but it also protects the billions of internet users that are making purchases and providing information everyday.

Net neutrality is a considerably confusing topic that the average American likely has trouble understanding. The implications of the net neutrality vote earlier this year had far-reaching consequences for businesses, governments, and everyday citizens. And yet, somehow, it still become an overtly partisan issue reserved for scoring political points.

"Net Neutrality" is Obamacare for the Internet; the Internet should not operate at the speed of government.

Other than this tone-deaf tweet, dozens of politicians made similarly uninformed claims in hopes of pushing their party's agenda. From Rand Paul claiming net neutrality is an “attack on the freedom of information,” to Jeb Bush insisting it's “a censor prepared to immediately shut down any ‘threats' to the state,” no one in Washington DC was really making an effort to understand what it all meant.

Now, whether these wildly misinformed claims are earnestly-held beliefs, or party-line nonsense, remains to be seen. But, the reality is that plenty of groups, except internet providers, are in favor net neutrality and believe it to be an integral part of a national online policy.

Why? It protects anyone that uses the internet (i.e. everyone) from a financially burdensome web filled with paid fast lanes, blocked websites, and high prices.

But hey, sometimes you just have say what it takes to win an election, right?

You've likely heard about Hilary Clinton's emails. During her time as Secretary of State, she and her team used a private email server, a breach of government security protocol that could have had serious repercussions.

Clinton's lack of knowledge about the importance of using a secure government server for her and her team's emails is another example of how out of touch politicians are with the tech world of today. However, the reason her team was using a private server highlights even further that this isn't just a problem for individual politicians – it's a problem for the whole government.

According to Clinton herself, her use of a private email server was merely for convenience, due to the government's email system being outdated and a pain to use. While this might sound like a weak excuse, it's a common theme in government, and a number of high ranking officials have done the same.

Government moves slow enough as it is. But when you add outdated technology to the mix, you're asking for this kind of unsafe circumnavigation to take place. Politicians shouldn't be forced to use archaic devices, software, and services just because the government infrastructure can't keep up. Doing so merely fuels the tech illiteracy plaguing government today.

Where Next for Regulating Tech?

Despite their lack of expertise, politicians are still trying to regulate tech as best they can. And they're doing a pretty bad job so far.

Tech advocacy groups are having trouble making a lasting impact on politicians in Congress, and things don't seem like they're getting better, with regulation efforts being curbed at every turn.

This lack of federal consensus on how to deal with tech has created a void that, in true American fashion, is being filled by state-specific tech legislature. This is about as effective as trying to air condition your backyard. The internet is not state-specific, data collectors won't be concerned to your ZIP code, and artificial intelligence doesn't care what your address is.

If there's any hope of a properly and accurately regulated online world, we're going to need a little team work.

“More uniform tech policies would let people know what the rules are and what the best practices are. But we are not moving in that direction, which means that the risks are even greater of scandals happening due to cyber intrusions,” said Darrell West, director of governance at the Brookings Institute to WIRED.

Regulating tech can't be a partisan issue, for the internet is not a partisan place, despite what your Facebook newsfeed looks like right now.

As far as tech is concerned, it's time to stop fighting and start learning, because we have no hope for a well-regulated online experience if politicians can't tell the difference between an IP address and a Hotmail password.