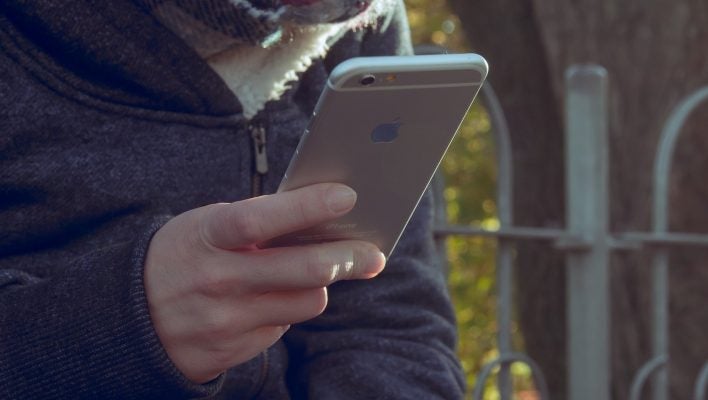 Ever wonder if Apple was intentionally slowing down your phone? France's consumer watchdog did, and has just resolved a years-long investigation with a $27 million fine for the massive tech company.

The fine comes from a decision Apple made a few years back: It started throttling the peak performance of phones with old batteries, but didn't tell the customers what was happening. Now France is making it pay the price.

What is Apple Guilty of?

In December 2017, Apple revealed that its recent iOS software updates had included a feature that slowed down the performance of older iPhone models. As a result, these models weren't able to handle a quick peak of power, and the entire phone might shut down, even if it appeared to have plenty of energy left just a few seconds before.

Apple's reasoning was that this was the best way to combat issues stemming from the phone's lithium-ion batteries as they aged. But their big mistake was not alerting any phone owners that their phones would suddenly have a cap on their peak performances, or that it was the ageing batteries that needed replacing, not the entire device.

Users' phones were most likely to shut down right when they were needed most: When they tried to pull up their Google Maps app at the end of a long day in a foreign city, for example. Apple apologized, offering a battery replacement for any affected devices at a reduced rate of $29. It also introduced a “Battery Health” feature to let users in on their phone's maximum capacity.

Granted, the full apology might have left a little to be desired, with hedging phrases like “We know that some of you feel Apple has let you down.” France, it appears, was not satisfied.

What is the Ruling?

France's watchdog agency, The General Directorate for Competition Policy, Consumer Affairs and Fraud Control, or DGCCRF, began its probe into the case back in early 2018. Last Friday, it issued its judgement: A €25 million fine (that's about $27 million in US dollars), along with an order to display a press release on its website highlighting their wrongdoing.

And, since users can't reverse iOS updates, they had no way of returning their phone to a more functional condition. Apple has since added an ability to reverse their battery-throttling feature, in their iOS 11.3 update.

Granted, this fine is hardly going to kneecap Apple. It's a drop in the massive tech giant's $1.3 trillion market cap. In December 2019, Apple became the first company to pass $1 trillion, making it the last company in the world to be bothered by a paltry $27 million fine.

The tech giant doesn't just have France to worry about. Italy already slapped Apple with a €10 million fine in 2018 for the battery slow-down case, for instance, and Apple continues to battle US-based class action suits centering on the same planned obsolescence issue. In April 2018, a Judicial Panel consolidated 61 complaints, though more have popped up since, including one in August 2019 and another in October.

In other words, Apple definitely hasn't heard the last of this issue.

Apple is not new to court battles in Europe. What's the saying? You don't get to a $1.3 trillion market cap without making a few enemies?

Recently, The EU has been pushing for a universal phone charger standard in order to cut down on waste. Apple lobbied hard against it, commissioning studies and arguing that the ruling would hurt the industry's “ability to innovate.” Regardless, the EU has now ruled in favour of a single charger solution, which will doubtless lead to headaches for Apple down the line.

Plus, Apple only recently finished paying a hefty $15 billion fine to the EU over tax benefits from the Irish government. In 1991, Ireland agreed to only tax a set bracket of Apple's earnings. But it's illegal for an EU country to offer just one business a sweetheart deal, so the EU got wind of it eventually and doled out a fine that actually put a sizeable dent in Apple's earnings.

I could go on listing Apple's international legal run-ins, but you get the point. Besides, I don't want to open too many tabs and risk my iPhone crashing.