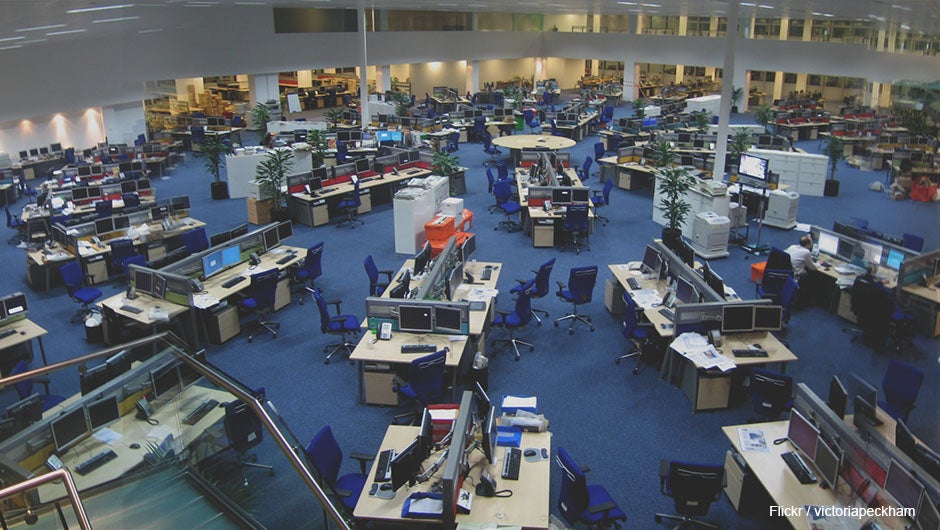 This morning, Google announced a brand new initiative that will directed specifically at helping journalists around the world utilize more of the company's available resources, as well as at providing journalists with new programs and tools to empower more insightful storytelling. Called the Google News Lab, the effort will bring together news organizations and media entrepreneurs to create the future of media.

“In the past decade, better technology and an open Internet have led to a revolution in how news is created, distributed, and consumed,” writes Google News Lab director, Steve Groves, in the announcement posted earlier today on Google's blog. “And given Google’s mission to ensure quality information is accessible and useful everywhere, we want to help ensure that innovation in news leads to a more informed, more democratic world.”

According to the official Google announcement, there are three primary ways through which the Google News Lab is hoping to create the future of media: 1) providing the tools for better reporting; 2) giving access to more data and better insights; and 3) creating unique programs to reimagine how news and media is created and absorbed. This announcement from the company comes less than a week after it announced the revamp of Google Trends, which will now offer real-time trends and deeper insights. 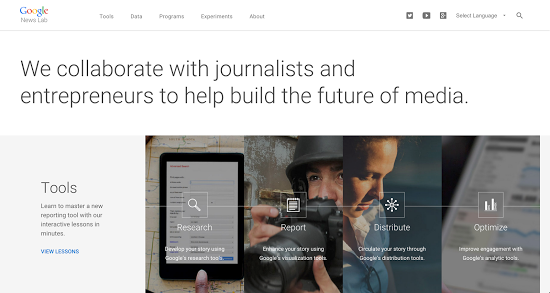 The new Google News Lab website, g.co/newslab, will provide newsrooms and journalists from around the world with tutorials on how to use Google's current set of tools. Whether that's utilizing Google Search or Maps more effectively, or learning the ways through which Fusion Tables or Earth can empower new reporting, Google News Lab is hoping to give journalists knowledge on essential tools. And, now, with a more comprehensive Google Trends, newsrooms are enabled with the tools for higher-quality data journalism.

What's most interesting, though, is the company's focus on the creation of new programs specifically for the media industry. According to its blog post, Google News Lab has already partnered with organizations San Francisco, CA-based media accelerator, Matter; the global community of developers and journalists, Hacks/Hackers; and even the Center for Investigative Reporting. The Lab is also empowering Google's Digital News Initiative in Europe, which is supporting high-quality journalism in Europe through technology. It's also supporting the development of many additional programs, such as the YouTube Newswire, aimed at making YouTube a better source for first-hand news content from citizen reporters across the globe.

It'll be interesting to see where this initiative by Google will go, as well as how journalists and publishers will respond. Naturally, the company has launched a corresponding Twitter account just for Google News Lab, @GoogleNewsLabs, which journalists can follow for updates on resources.