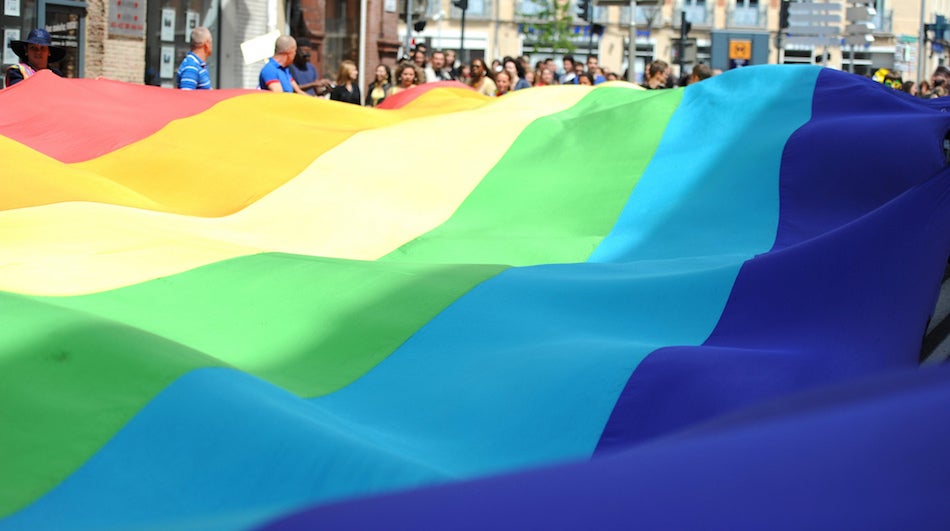 (The Ferenstein Wire) — Just 3 minutes after the Supreme Court declared gay marriage legal nationwide, much of America shifted its attention to learn more. Google set up a series of gay-friendly easter eggs in the search bar and on Youtube to greet the flash horde of curious netizens.

Google recently updated its tool for tracking worldwide search volume in realtime and, today, this tool illustrated — in fascinating simplicity — just how quickly news can capture the attention of an entire nation. Google Trends reveals search volume in comparison to other terms. A good gauge of the general popularity of a news item is how it compares to “Obama”, a term that nearly always sits higher than most searches but lower than trending topics.

The Supreme Court decision hit Twitter at about 7:01, when the popular SCOTUS Blog announced the ruling. A mere 3 minutes later, “marriage equality” surged past “Obama” in search (but faded soon after, showing just how ADHD the Internet is, in aggregate).

Google greeted anyone searching for “gay” or “supreme court marriage” with a gay-friendly rainbow heart. On the page, they promoted a Youtube video (below) of people coming out the video network.

Google and other tech companies have a long history of celebrating gay rights on their front page (Google has even changed the search bar before).

But, today, Google upped their support significantly and we can watch, in real time, how powerful a tech company can be when they want to get political.