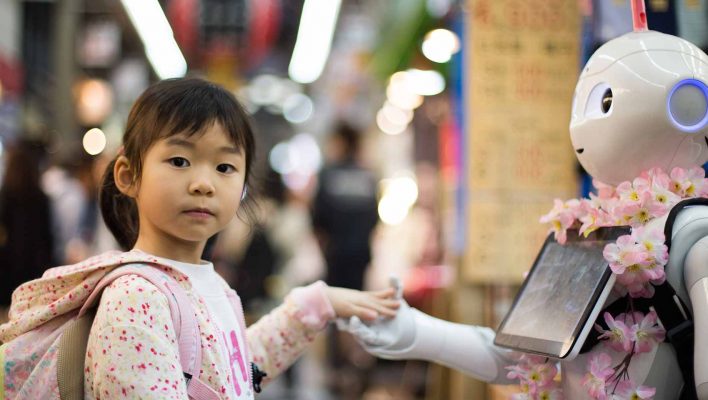 The tech industry's problems with gender and racial diversity will only get worse unless action is taken on institutional and systemic levels, according to experts.

While the tech industry's lack of diversity is nothing new, the idea that simply “getting girls to code” will right the situation seems to be failing.

According to the authors of a forthcoming UN report, the solutions require a radical rethinking of governmental oversight and regulation of the tech sector itself.

Speaking virtually at the CogX conference, Judy Wajcman, professor of sociology at the London School of Economics, described the problems facing women in tech after gathering evidence for more than a year.

“We don't want to repeat the mistakes of the past, and the mistake I want to talk about is what's become known as the pipeline problem. The idea that, somehow, the lack of women is a problem that will just improve over time, that it's somehow a generational problem, and that if we just get girls to code, it will eventually right itself.”

Wajcman argues that the solution to the problem runs much deeper. “It [the getting girls to code framework] very much focuses on the problem that women have a lack of interest in technology and their [lack] of skills and capabilities, rather than placing the emphasis on the institutions themselves,” said Wajcman.

Read more – The Award Changing the Narrative Around Women in Tech

“A tech culture has developed that's quite hostile towards women,” said Erin Young, research fellow at the Alan Turing Institute. “This can be anything from micro-aggressions to sexual harassment and other forms of discrimination.”

While many companies have been making efforts to clamp down on sexual harassment and discrimination in recent years, Young believes that the solutions require a significant rethink of company structure.

“Studies also look at what are called masculine defaults,” Young said. “This is particularly prevalent in Silicon Valley at the moment, and workplace culture includes everything from parental leave policies to casual conversations and the pay gap. It also includes the trend, particularly in tech startups, to work ridiculously long hours, which simply isn't possible for many women who do the lion's share of domestic unpaid care work at home.”

It's clear, by this argument, that the only effective, long-term fix for the gender gap in tech is by re-examining the way that a wider working culture and society is structured and run.

“The issue with current tech is that it is not gender- or race-neutral, as it works for those who build them: white men,” said Young.

While artificial intelligence is often regarded as one of the most important technological developments in recent years, the researchers made clear that, as it stands, the technology looks set to do more harm than good.

“We cannot understand these technologies as gender-neutral tools,” said Young, “but rather as part of the wider socio-political context that shapes their design, their purpose, and their use. Simply put, the lack of diversity in the tech industry and these emerging constructions of gender bias are deeply intertwined.”

While this idea might seem abstract and ephemeral, it's repercussions are all too real. For example, an Amazon hiring algorithm famously downgraded applicants which had gender signifiers in their CVs. Women were also, allegedly, given lower credit limits when applying for the Apple Card thanks to a flawed Goldman Sachs algorithm.

Young even pointed to flawed computer vision technologies, showing that one poorly constructed system misgendered an image of a young Oprah Winfrey.

While these might sound like small isolated incidents, Young was keen to point out that some of the biggest tech companies in the world are blissfully unaware of their own biases.

“The common female gendering of virtual personal assistants such as Alexa or Siri is another, quite obvious, case of biased design where traditional, yet harmful stereotypes about the role of women being obedient, subservient, and domesticated are further entrenched,” she said.

“What we find most pernicious about automated decision making systems is that they are actually promoted and perceived as being much more objective and neutral, rather than being scribed for certain preferences and values,” Young said. “And this can further reproduce and amplify existing inequities.”

“Gender bias and other biases are not a glitch in the system,” said Young, summing up. “It's not about the bad intentions, but it's to do with the fundamental architecture of these systems. But, as I mentioned, things are looking up, and some firms are now developing gender neutral voice assistants. Feminist scholars have raised awareness of, and challenged, these issues within the tech industry, and they're being addressed.

Despite some progress, there need to be more significant intervention to ensure that the AI tools which are set to govern our lives remain fair to all. In a preview of their upcoming UN report, Young and Wajcman detailed some of their findings and recommendations for how to fix the issues.

“Firstly, governments should ensure that new technologies are developed within a regulatory framework that prioritizes and protects women's rights,” said Young. “And secondly, ethical frameworks for auditing and monitoring AI technologies should put gender equality at their core.”

“Women should be equal partners in tech work,” said Wajcman. “Not only because equal opportunities are a social justice issue, but also because it will ensure we get the best technology and the best data science.”